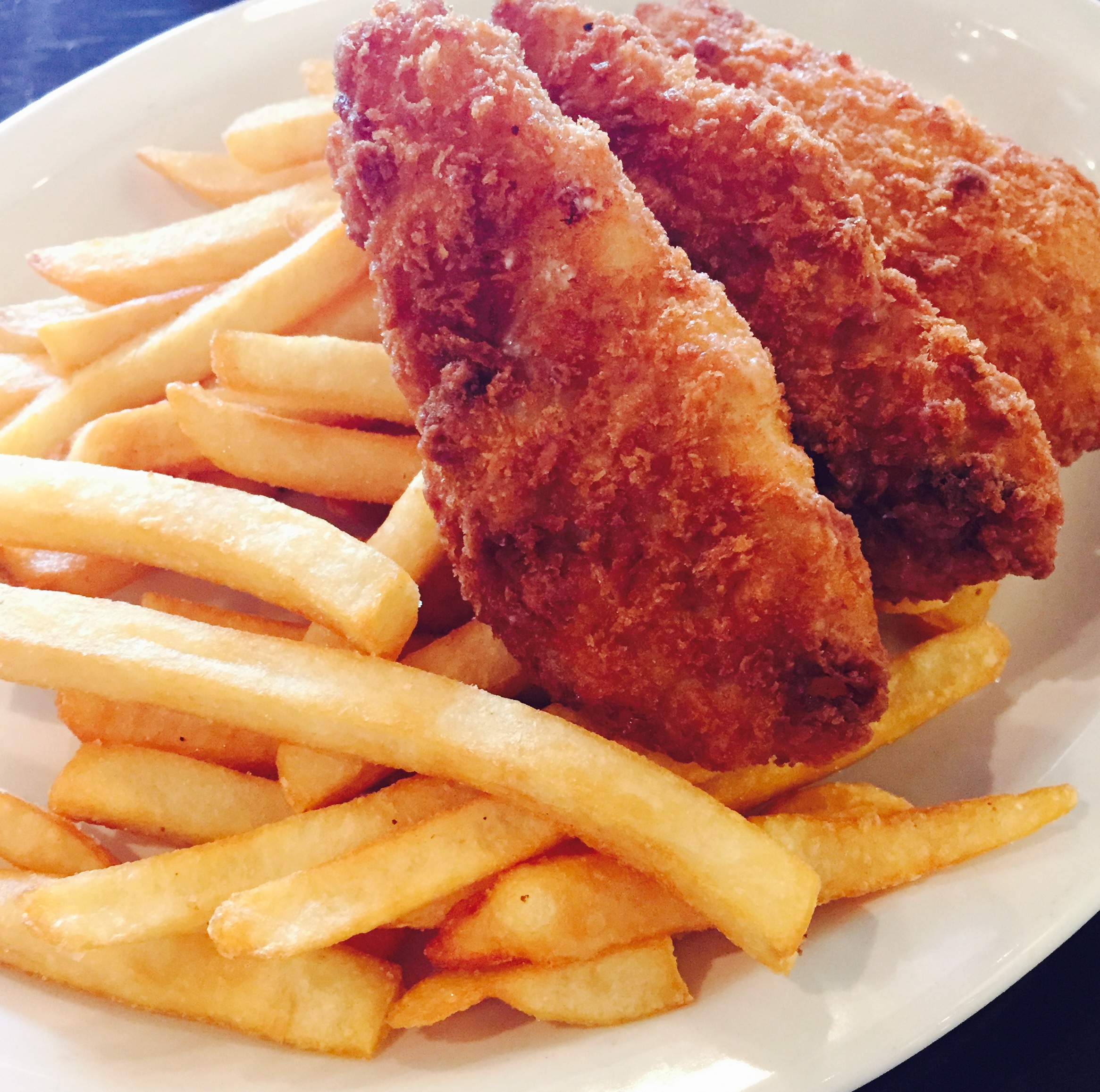 American food — good American food — can be hard to come by. The restaurants are often too greasy, or too soggy. Marina Bay Grill, however, is a shining, burgery beacon in a world overflowing with subpar options. The Grill has a wide menu offering everything from Philly Cheese Steak sandwiches, to mozzarella sticks, to eggs and potatoes. This variety — and the fact that Richmond is somewhat lacking in quality American places —  establishes it as a staple in the city.

Walk in hungry. That way you won’t be led astray by such silly concerns as healthiness or caloric content of the food. Just put those worries aside, and look over the menu. The garlic fries and Niman Ranch beef burger are solid options, but don’t make your decision before considering the breakfast menu which is available all day.

The fish and chips were my entree of choice. For just $9.95, the sheer size of the mound of fish and fries that came out was impressive. So were the flavors and textures of the dish. Freshly fried, the fish had a thick and crispy skin covering the juicy fish within. There was so much fish there that I hardly touched the fries, but they too were delightfully crispy. Looking around the room after devouring the meal, I was suddenly taken aback by the fact that I was the restaurant’s sole patron in the middle of lunch.

The food was good, the prices were reasonable, so why wasn’t there anyone else in the restaurant? My hypothesis is that the restaurants stark lack of clientele has to do more with its location than anything else. The Marina Bay Grill is planted in the small strip mall at Meeker Avenue and Marina Bay Parkway: a relatively new development that doesn’t catch as nearly as much traffic (or as many patrons) as Macdonald Avenue does.

Even if it’s a little out of the way, Marina Bay Grill is worth the trek. The food is good, and the ambiance is engaging. Brightly colored oil paintings covering the walls and sleek modern light fixtures hanging from the ceiling. A small piano and speaker were tucked into the corner of the room, hinting at the possibility of an open mic.

It’s clear that the owners of Marina Bay Grill aren’t amateurs. Indeed, the family behind the American restaurant owns another, Pascal Café, at the other end of the very same strip mall. Pascal is a small yet successful Café renown for its French style and high quality organic coffee. Pascal, too, has regular live music. The similarities between Café Pascal and Marina Bay Grill are striking — the main difference being that only one serves french fries.

Marina Bay Grill could prove to be a strong rival for Richmond’s biggest American restaurant, Great American Burger and Pie Company. What the Grill lacks in convenience, it makes up for in quality of ingredients. Next time you have a hankering for a burger, give the Marina Bay Grill a shot.