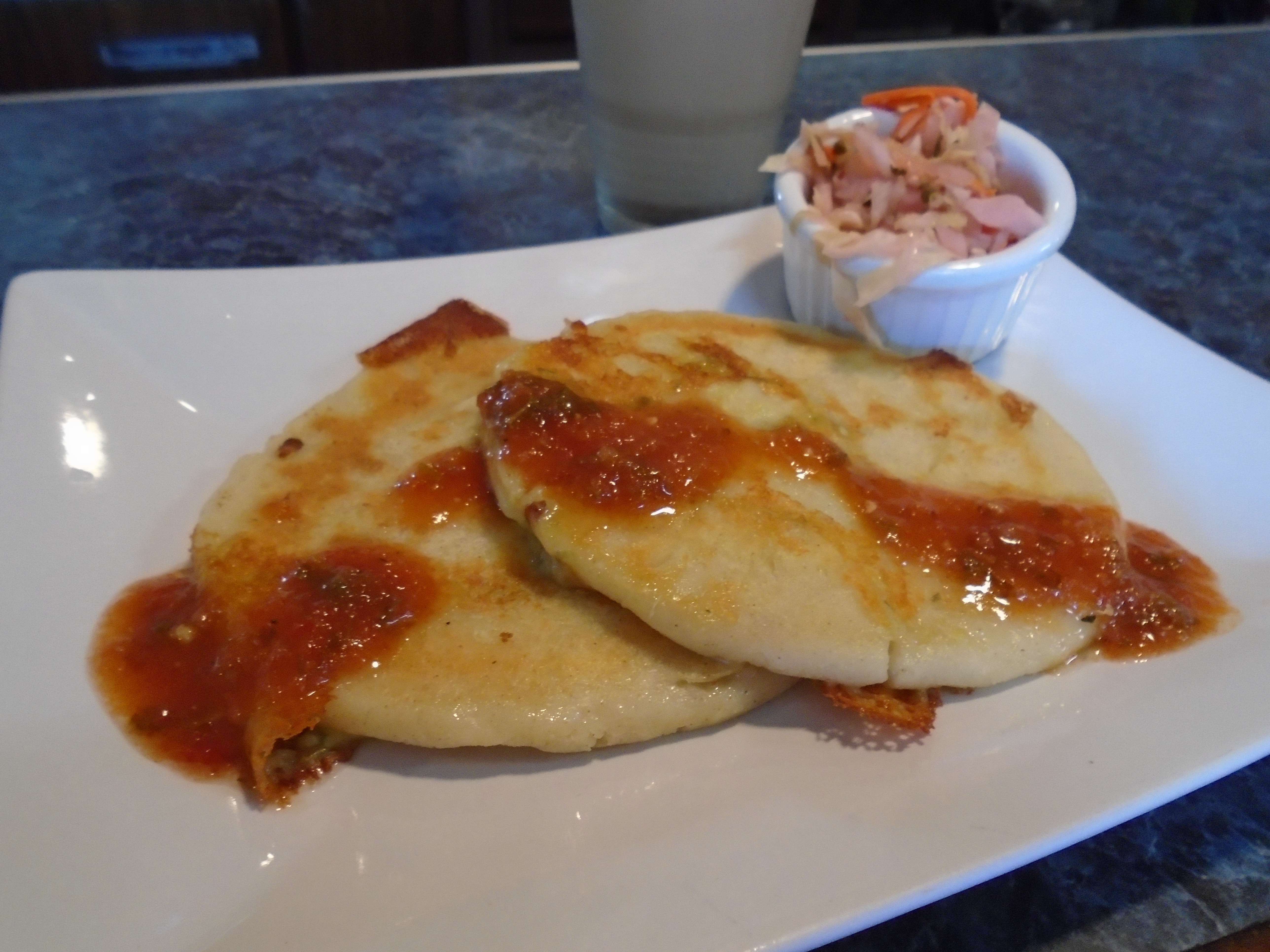 The first bite into the thick and crispy tortilla of a pupusa from Oralia's Kitchen marks the beginning of a culinary embarkment. Contrasting textures and diverse flavors abound, and it can take a few bites to orient oneself with all that is happening. When doused in the homemade salsa that comes on the side, the meal reaches an ultimate point of being savory yet spicy, and creamy though chunky. Each dish at Oralia's Kitchen is similar in nature -- fresh, with complicated flavors packed into familiar dishes. The end result is a surprising experience that keeps diners coming back for more.

The source of this culinary perfection comes from the couple behind the restaurant. Oralia Bosada and her husband, José Hernandez, opened their restaurant just a year and a half ago, but already it has established its place in the market as a powerhouse of delicious, unique Salvadoran food. Both Hernandez and Bosada grew up in kitchens, and the two wanted to open up their love of cooking for the city to enjoy. "We cook with love, and we cook with flavor," Hernandez describes. "What we see is that after someone comes once, it's not too long before they come back."

At this point, the Salvadoran restaurant is a staple of many locals’ diets. Open as early as 6 am, many stop here on their way to work for the Salvadorian Breakfast Special. This feat of a meal includes fried plantains, two eggs, sour cream, queso fresco, fried rice and beans with the option of toast or tortillas, all for just $10. Hernandez says that the restaurant receives dozens of calls throughout the morning from people on their way to work who are craving the dish.

It's easy to understand how Oralia's Kitchen has become so successful in such a short amount of time. Beyond the owners' love of cooking and such hearty dishes, Hernandez and Bosada are also just really good at what they do. The key to the flavor, says Hernandez, is that every ingredient is never frozen and is often bought from market that day. Between fried chicken burritos, and cheese- and vegetable-packed pupusas, there is a level of craftsmanship and care in the food from Oralia's kitchen that is hard to come by. 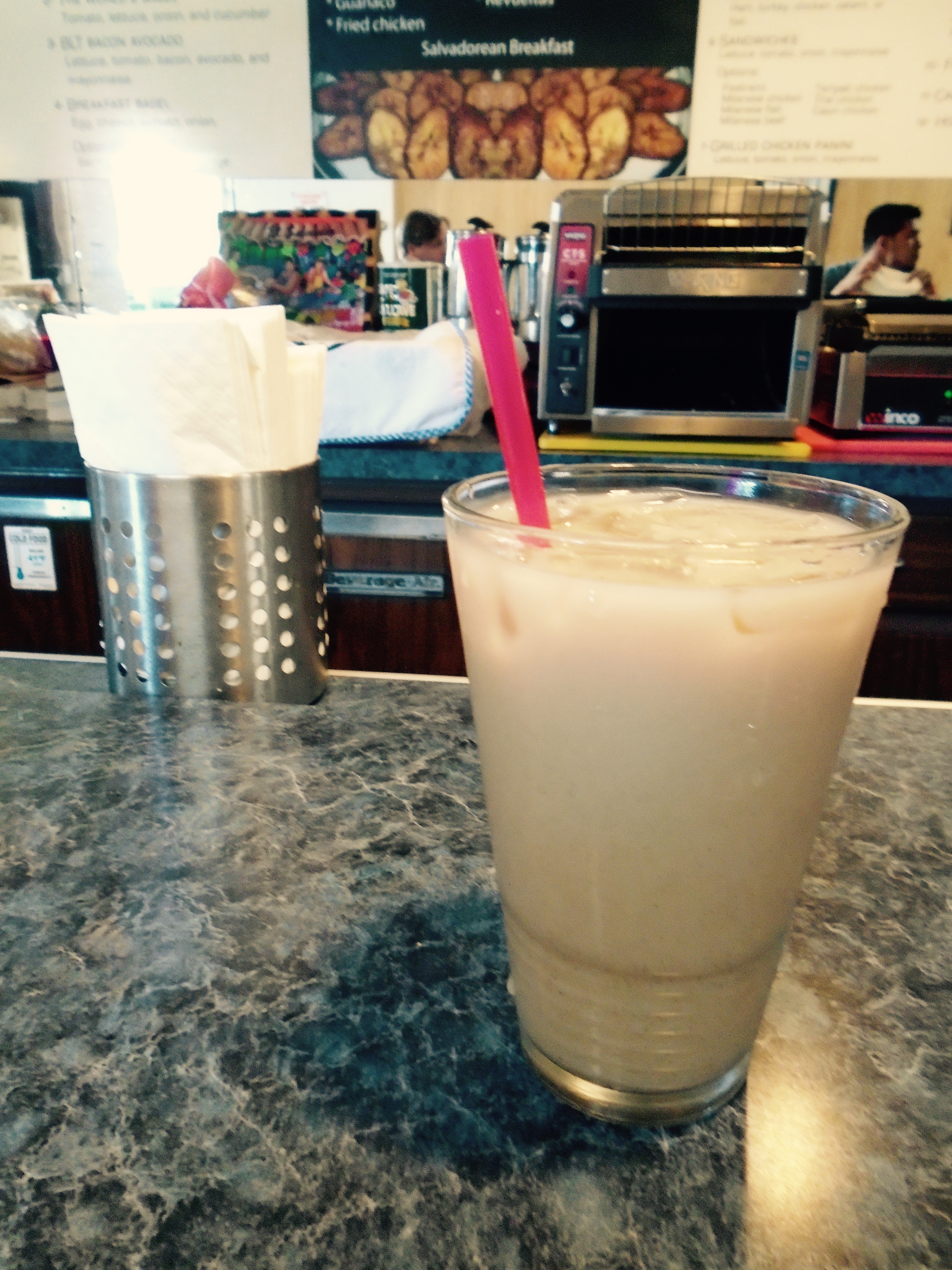 For lunch, the California Burrito is the clear choice. Unlike most burritos from corner stands, the meat that is stuffed inside an Oralia's Kitchen California Burrito is fresh, high quality, and perfectly juicy. The fries, too, which are crispy and distinctly seasoned make this burrito a strong contender to tame midday hunger. The ultimate companion to this -- or any -- meal at Oralia's Kitchen is their horchata. Served in a tall glass, the milky drink is refreshing and brewed with a good level of nutmeg. The two together create a fully satisfying meal that provides enough energy to finish the day, while still refreshed enough to not get bogged down by the large meal.

When a diner walks into Oralia's Kitchen for a meal, they are actually walking into the room where their food will be prepared. The restaurant itself is just one long room anchored by a counter that spans the length of the space. Hernandez and Bosada can be seen cooking the meals on the other side of the bar, right before the customers. This gives them the opportunity to chat and be with their customers while preparing the food. This dynamic creates the perfect social atmosphere in the restaurant -- it's friendly, open, and always smells delicious.

Further down the counter, Oralia's transforms into much more than a kitchen. A full bakery counter stuffed with donuts and pastries marks the end of the space. Sitting at one of the small tables in this back area, it's easy to imagine sitting right in Oralia's kitchen in the home that she and José share.

Sitting at the bar or at the back table enjoying a pastry, Oralia's feels familiar. Food sizzling on the burner, friends talking over a meal, the restaurant looks a lot like a large family gathering at its busiest. As Oralia's Kitchen continues to draw in more and more customers, this family is bound only to get bigger.