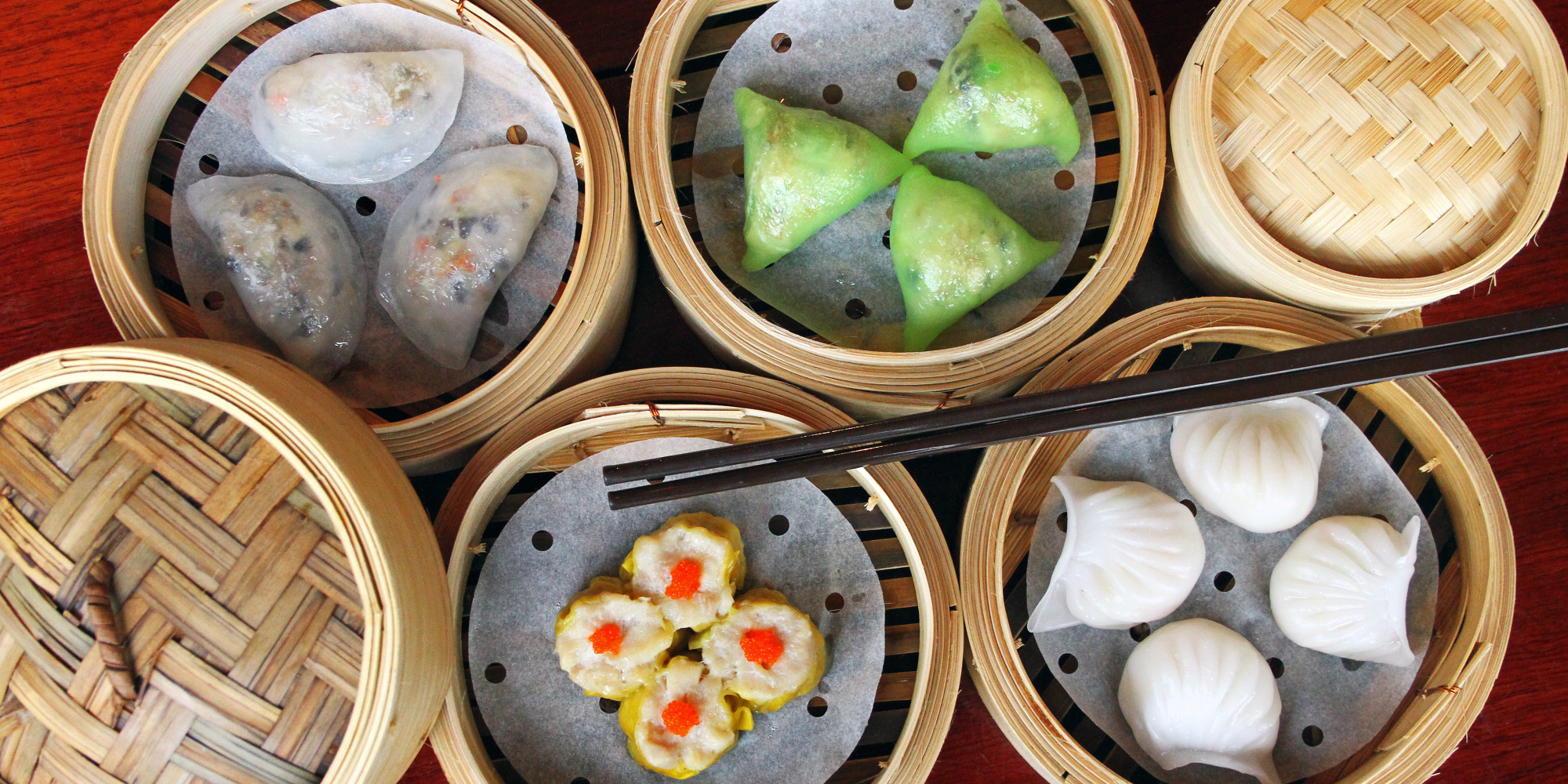 Tanks full of huge king crab clawing their way to the top, stacks of blobby geoducks squirming out of their shells, and enormous, colorful fish enjoying a sedentary life —the interior of Saigon Seafood Harbor can be hard to distinguish from a local aquarium. There are two main differences, however. First, you can eat everything you see in the tanks at Saigon Harbor. Second, the seafood and dim sum restaurant is undoubtedly less expensive than any aquarium around.

With all of the traffic coming in at once, I expected my party to have at least a brief wait, but the restaurant was as spacious as it was bustling and easily accommodated everyone at once. I soon found that swiftness and efficiency are hallmarks of any meal at Saigon Harbor.

An air of excitement and energy is palpable in the restaurant. Between the rattle of the dim sum carts making their rounds, patrons chatting and pouring tea, and dozens of colorful, sometimes confusing, dim sum dishes filling tables around the restaurant - it’s hard not to get excited.

For the first time dim sum goer, there are pretty accessible options, like the shrimp and sticky rice dumpling, which is exactly what it sounds like. The outside layer of pinkish rice holds a hearty and flavorful amount of shrimp-rice mash inside that tastes better than it sounds. Feel free to dip it in soy sauce or add some spicy oil to mix it up.

On the more adventurous side, there is the somewhat gelatinous rice porridge with shredded pork and chopped goose egg. It makes for a hearty meal, but it’s advisable to share this (and just about everything else off the dim sum menu), because it can become too much of the same goopy texture after a while.

Pigs blood with scallions and pig skin is a Cantonese delicacy available on the menu that might make some patrons a little squeamish.  But give it a shot, if you’re feeling particularly adventurous. Though this menu item (and many others, admittedly) might not sound the most appetizing first, it’s popular, and there’s a reason for it.

But for the average dim sum diner, there is plenty to enjoy without straying outside of your comfort zone. Sticky shrimp dumplings, BBQ pork buns, steamed egg rolls, and many other options are well within the range of “normal”dining for some patrons.

That’s one of the joys of a meal at Saigon Seafood Harbor: seemingly limitless options. Diners can grab buns off the moving carts or order specialty items off the menu without ever coming across the same item twice.

For those feeling adventurous or those just in the mood for a quick bite to eat, Saigon Seafood Harbor has plenty to offer. Be warned that the food itself is a little heavy on the oil, but when you’re five baskets deep in pork buns and shrimp dumplings, that probably won’t be the first thing on your mind.