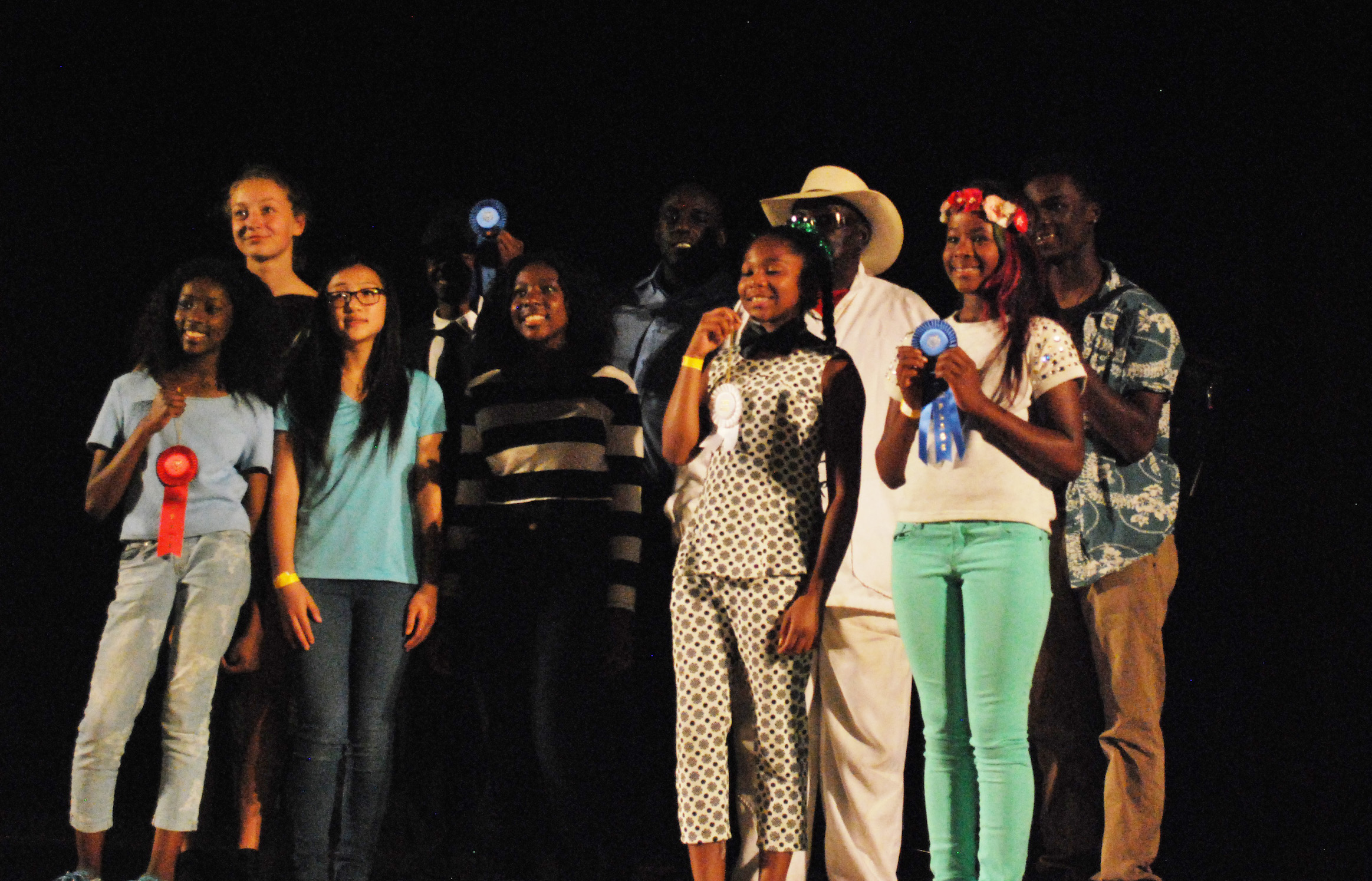 On Sunday, July 12, over 100 Richmond families gathered inside the Richmond Memorial Auditorium.  In the foyer, families bought concessions and browsed booths where local vendors sold jewelry, sneakers, gift bags, and handbags.  Near the booths, a section of red carpet and a large banner announced the event: “Johnny Holmes presents the Richmond Talent Show.”

Organizer Johnny Holmes has gathered local performers for talent shows at the Richmond Auditorium semi-annually since 1968.  That this program has continued for over four decades is a testament to the talent show’s ability to build a community of audience members and performers. Many performers at Sunday’s show had performed in Holmes’ past events, and some of the newer performers were inspired to compete by attending past shows with their families.

Asanti Porter, who danced and sang as “Starchild,” first got interested in performing when she attended the most recent Richmond Talent Show in February.  Since then, she has practiced singing and dancing with the help of her aunt – but what she was most excited about on Sunday was “seeing my brother perform.”

Porter’s support and enthusiasm for her fellow performers echoed throughout the audience on Sunday night.  The crowd was very supportive of all 32 acts – so much so that the event felt more like a celebration than a competition.

Many of the show’s youngest performers, like Porter and her brother, were the highlights of Sunday’s events.  Youth and teen performances included not only singing and dancing, but a rock band covering “Can’t Feel My Face” by the Weeknd as well as trumpet and saxophone renditions of other contemporary hits.

While the youth and teen divisions showcased Richmond’s raw, burgeoning talent, competitors in the “old school” division took the opportunity to share their skills with the younger generation.

It was the old school contributors, as well as the special guests, who made the Talent Show’s focus clear: preserving Richmond’s musical heritage and celebrating those who will carry it on.

One of the most notable “old school” contributors was the BRS Dance Styles dance crew.  BRS not only shared their dance moves at a number of points in the show, but took the time to explain to the younger audience members why it is important to maintain awareness of Richmond’s contributions to popular music and dance.

Dr. Plik Plok spoke as the representative of BRS, which stands for boogaloo, robottin’, and struttin’ – three forms of dance developed and honed in the Bay Area during the 1960s, ‘70s, and early ‘80s.   “You’re in a place with a lot of history,” Plik Plok said to the crowd, “and I want you to know this history so you can take it and move forward.”

Plik Plok cited Richmond’s contributions to the foundations of hip-hop dance as the birthplace of many BRS-style moves, and as a musical hub that still originates many of hip-hop’s leaders and innovators.  Plik Plok listed many of the Richmond Talent Show’s alumni who have gone on to have careers in music and dance, including 23-year-old Ladia Yates, who has performed as a backup dancer around the country and was most recently featured on the Fox show So You Think You Can Dance.  See Yates wow the judges here.

Antwon Cloird, of Men and Women of Purpose, reminded the crowd why it is important to showcase the city’s potential.  Though Richmond has long had a negative reputation, he said, “we’ve got new things going on now.  Society has got us twisted.  My job is to get us back in the game.”

Stephanie Alridge, one of the event’s organizers, echoed Cloird’s call for renewal: “I remember a time when none of these seats would be empty.  We need to do more, be more, get these kids up off the streets and be a family again.”