Hollywood directors are drilling wells of stories directly from our backyards.

Richmond’s sense of pride, purpose, and community has generated a distinctive story catalog unlike that of any other city in our country. For the past decade, the city of Richmond’s rich sense of community has gained notoriety among Hollywood movie directors.

There have been films that tell some of Richmond’s stories, such as the one based around the life of prisoner Tookie Williams, and probably the most famous film being the story of local Richmond High School basketball coach, Ken Carter. 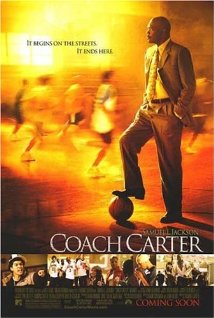 Behind every great story, there is defining obstacle or an emotional peak. De La Salle football sensation Terrance Kelly is certainly the heart and soul of the film. In the summer of 2005, Terrance Kelly, who was known as “TK”, was tragically killed in Richmond.

This is a tragedy that has occurred over and over again in African American communities and it is one that is a familiar tale in the city of Richmond. Our community was completely outraged and disturbed because Kelly had a promising football scholarship awaiting his arrival at Oregon State.

“I’ve seen only clips of the movie, so I can’t say if it really represents Richmond or Terrance Kelly’s legacy. Overall, it’s a lot be told in Richmond,” said 26 year-old Richmond Resident Deonie Roberson.

Roberson is part of just a handful of young people in Richmond who seem vaguely aware of the release of the movie. Many individuals who were interviewed immediately remembered the story, but had no idea that a film or a book had been associated with the incident. It would be a great move by producers to offer free movie passes to youth organizations in the Richmond community or host a screening of the movie in Richmond. From the residents I interviewed, there did not seem to be a big connection between the community and the film industry on this project.

Neil Haynes, former sports writer for Contra Costa Times, originally wrote “When the Game Stands Tall” in 2003. In 2009 David Zelon, a film producer and vice president of Mandalay Entertainment, came across the hardcopy of “When the Game Stands Tall” while cleaning up the equipment room at his son’s high school game. Later, Zelon contacted Haynes and immediately bought the rights to the book.

As a film producer, Zelon admits that one must condense time to tighten up the story. According to a recent NY Sports Journalism interview, “You have to be true to the story, events and people as best you can, but you have to take some liberties,” said David.

August 12th was the 10-year anniversary of TK’s passing, but instead of a mournful gathering, the Terrance Kelly Youth Foundation and Richmond community partners hosted the first annual "TK Day” that took place last month at Nicholl Park in Richmond.

The city of Richmond rises above violence and stereotypical images by continuing to rebuild its rich community infrastructure. Although TK’s life came to a tragic end, his legacy and ambition are still very much alive. His father, Landrin Kelly, launched the Terrance Kelly Youth Foundation as a way to guarantee that inner-city youth are granted scholarships, mentoring, and crime prevention tools to ensure success.

Despite the negative images and stereotypical viewpoints, Richmond’s overwhelming sense of unity and strength causes labels such as “dangerous city” to subside.

According to Richmond Police Department and other statistics from the state, Richmond’s crime rate has rapidly declined over the last few years, while other neighboring cities such as Stockton have now been identified as the most “dangerous” cities in the nation.

It will be interesting to see if stories surface out of Richmond that do not fit the genre of crime or sports. There are many local heroes and great community efforts in Richmond that still remain silent to filmmakers.

Will Hollywood directors and producers take the time to research and pitch stories that accurately reflect Richmond’s essence and identity, or will they continue riding their wave of the neatly manufactured sport dramas?