Marilyn Langlois ~ The Other Side of the Coin 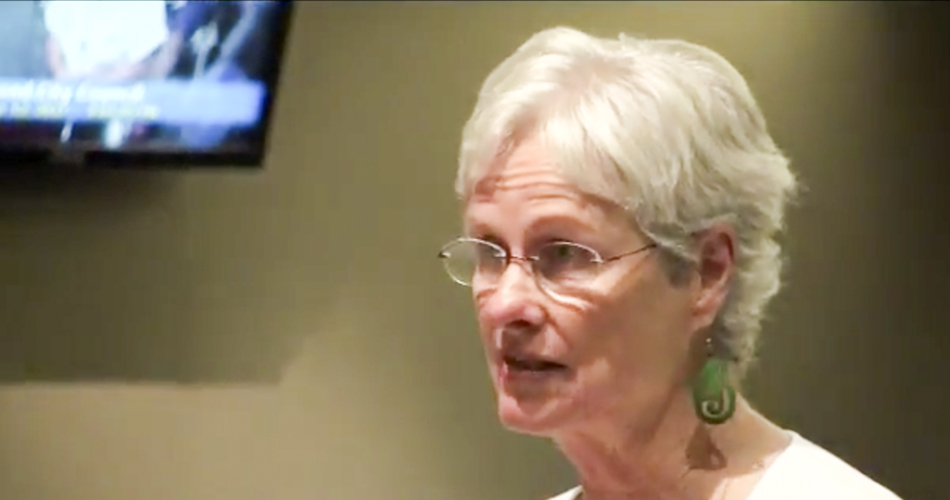 When Marilyn Langlois applied to fill the recent vacancy on the Richmond City Council, recent articles that she had penned were brought out.  Furthermore, there were comments made about her financial status.

In an effort to promote fairness, Marilyn Langlois has penned an explanation and Radio Free Richmond is reprinting it without comment.

Mayor Butt clearly has sufficient confidence in my judgment that he re-appointed me last year to the Richmond Planning Commission, which makes decisions on conditional use permits for residential and commercial projects that impact many people’s lives.

While we have disagreed on some issues like rent control, we have often been allies.  For example, he and I worked together on strengthening Richmond’s cell tower ordinance, and we made sure our updated sign ordinance wouldn’t allow for the visual blight of digital billboards.  I joined him in advocating for Richmond being part of Marin Clean Energy, increasing our use of renewable energy and reducing our carbon footprint.

It’s disturbing that Mayor Butt, with whom I’ve always had a collegial relationship, has turned on me, sending out e-forums containing errors and misinterpretations of what I have actually said and written.  If he, either himself or via his associates, is willing to spend time scouring the internet, public records and archived googlegroup emails for snippets that he could then frame disdainfully and broadcast in an attempt to malign my character and question my ability to make sound policy decisions, then he could do the same to any of you.

Re:  personal finances:  Mayor Butt makes incorrect statements about my form 700 Statement of Economic Interests, confusing fair market value with income regarding some stocks in my retirement portfolio.  He wrote on 9/11/17 that I get $10,000-$50,000 in annual income from five stock holdings and that is not true.  The form 700 states clearly that each of these stock holdings has a fair market value of $2,000-$10,000.http://www.ci.richmond.ca.us/DocumentCenter/Index/1450

While I have been financially comfortable in recent years, I have experienced hardships in earlier times of my life, including when I was a single mother of young children.  I empathize with all who are struggling financially and donate substantially to charitable and political efforts that support communities improving people’s lives from the bottom up.

Personal funds that may have come from a corporate source somewhere down the line are very different from corporations trying to influence politics by contributing directly to campaigns, and it is the latter that I consistently oppose.

Re: 9/11:  9/11 is a controversial topic, and over time I have encountered more and more Richmond residents who question the many inconsistencies of the official story.  I myself began questioning it while doing research several years ago, since the life of my daughter, who lived in student housing near ground zero, was endangered that day.

The article I wrote in 2011 called “Let the Sunshine in:  A 9/11 Conflict Analysis” https://www.transcend.org/tms/2011/09/let-the-sunshine-in-a-911-conflict-analysis/  explores what I see as the underlying conflict between the super-rich (Wall Street, military contractors, big oil, etc.) who have profited from the aftermath of 9/11, and the rest of humanity.  I offer constructive solutions to this conflict that could enhance the well-being of people everywhere.

Knowingly covering up crucial aspects of solving and preventing major crimes like the events of 9/11 is tantamount to being complicit in those crimes. I’ll mention one example here.

On the afternoon of 9/11/01, World Trade Center Building 7, a steel-framed skyscraper, collapsed at virtually free fall speed into its footprint after experiencing office fires on some of its floors.  Government agencies investigating the crimes of 9/11 failed to examine and evaluate strong evidence that controlled demolition explosives may have played a role.  Two entities have conducted extensive research into WTC Building 7 and came up with very different conclusions.  I invite you to go directly to these sources and judge for yourselves.

The National Institute of Standards and Technology, a US government agency, issued its final report in 2008:  https://www.nist.gov/news-events/news/2008/11/nist-releases-final-wtc-7-investigation-report

Members and associates of the nonprofit Architects and Engineers for 9/11 Truth have issued multiple reports: http://www.ae911truth.org/gallery/evidence.html  and http://www.wtc7evaluation.org

Re:  “mind control”:  Both Mayor Butt and columnist Tom Barnidge have misquoted my public comment at the 4/7/15 city council meeting.  Barnidge, when quoting me directly, wrote that I wanted to declare Richmond a “space free, weapons free zone", which I didn't say. I said "space-based weapons-free zone."  In essence I asked the city council to replicate the Berkeley City Council’s 2002 resolution supporting the Space Preservation Act HR3616, which was introduced in Congress by Dennis Kucinich and Barbara Lee, to prohibit, on principle, any weaponization of space and provide only peaceful use for space research, and to declare Richmond a space-based weapons-free zone, and that I would support any resolution banning a list of exotic weapons systems that Kucinich had detailed in an earlier version of his proposed act.  I did not mention the term “mind control” at all. (http://www.ci.richmond.ca.us/719/Streaming-Video 4/7/15 council meeting, 40:16)

The additional commentary from Barnidge and numerous comments from Mayor Butt insinuate that I believe mind control and exotic weapons are being used against people in Richmond.  I never said I believe that, as I have not researched this topic in depth.

The Richmond residents who urged the city council to adopt a resolution banning space-based weapons have experienced severe physical pain. I do not know where that pain was coming from.  I’m not a medical professional and would not presume to diagnose any of them.  Some told me the medical establishment has failed to alleviate their pain, and they are thus turning to the police and local elected officials for help.  They know this symbolic resolution may not change anything, but at least they felt heard.

Re:  North Korea – In 2014 I heard 3 Korean Americans, one of whom I know, talk on the radio about their trip to North Korea, during which they had opportunities to visit and speak with local people in a variety of settings.  What they said was so different from the rhetoric we hear in mainstream media that I took a keen interest.  In 2015 I traveled to North Korea with a commercial tour company, Mountain Travel Sobek, and wrote two articles about my experiences.  https://www.transcend.org/tms/2015/09/letter-from-the-democratic-peoples-republic-of-north-korea-who-is-the-real-aggressor/comment-page-1/

They include an analysis of underreported factors that have contributed to the current stand-off, including the bombing and massive killing of Korean civilians by US forces in the early 1950’s and ongoing aggressive US military exercises close to North Korea’s borders.  I also share my impressions of day-to-day life and interactions with ordinary people there, including proposals I heard for constructive, peaceful and just solutions.

The US government is not a monolith.  I recognize the valuable services that many agencies of the US government provide, including the National Parks Service, Social Security and Medicare.  There are other elements within the US government, however, that have perpetrated serious abuses since its inception: allowing slavery, engaging in racial discrimination, starting the Iraq war on false pretenses of WMD’s, gross mistreatment of Abu Ghraib detainees, supporting the 2004 coup d’etat in Haiti that resulted in thousands of deaths and ongoing repression, are just a few examples in addition to those alluded to above.

When I have questioned, researched, and become aware of any part of my government being involved in such abuses I feel it’s my duty as a US citizen to call it out and present my proposals for better, more peaceful and more just policies.

You may contact me at [email protected] if you have further questions or would like to discuss any of the above with me further.