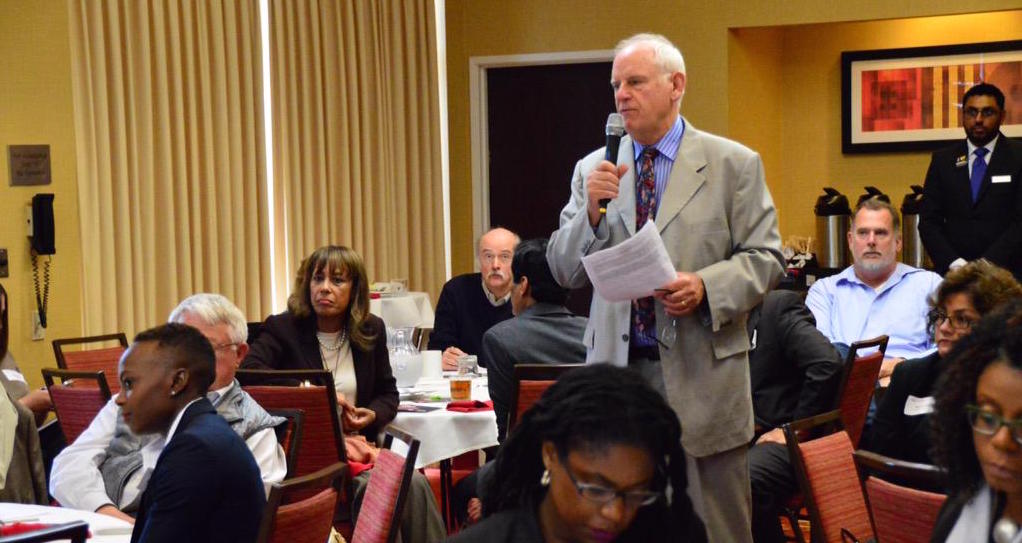 Before a room of local business leaders, the Mayor asked what Richmond is doing right, and where the city has room to become more business-friendly.

“You might think this is about you and your businesses —it’s not,” Mayor Butt started half-jokingly. “This is about the city. We want your money. The better you do, the more business you bring to the city, the more money we have to spend.”

Though he didn’t specifically mention the credit downgrade, Mayor Butt explained that he wants to make the city more accommodating to businesses in order to increase tax revenue.

The Mayor invited a panel of local business owners to discuss their experiences. Kevin Brown, of Alameda-based R&B Cellars, is in the process of moving into the historic Riggers Loft building and establishing Riggers Loft Wine Company. To him, working in Richmond has been a breath of fresh air.

“Coming to Richmond was not what we originally intended, but I've never dealt with a municipality as accommodating and willing to work with me and willing to point the right way than Richmond,” Brown said.

Mayor Butt also asked the room at large how the city can help their businesses. “Part of what we’re trying to do here is see what we can do to improve from the public policy standpoint,” he explained.

None in attendance offered any specific policy recommendations, but one business owner cited an underperforming broadband internet infrastructure as a drawback to her business.

“I find that I don’t have the broadband capacity to run my business as efficiently as possible, and that’s difficult to work with,” she said.

Yesterday’s roundtable meeting was the Mayor’s second such effort to connect with the city’s business community. With the goal of attracting more business to Richmond, these meetings are part of Mayor Butt’s new effort to bridge the gap between city government and local business. Another event is tentatively planned for the end of July.

Big thanks to David Gray for the photo