Measure U Funds Set to Fix Budget, Not Roads 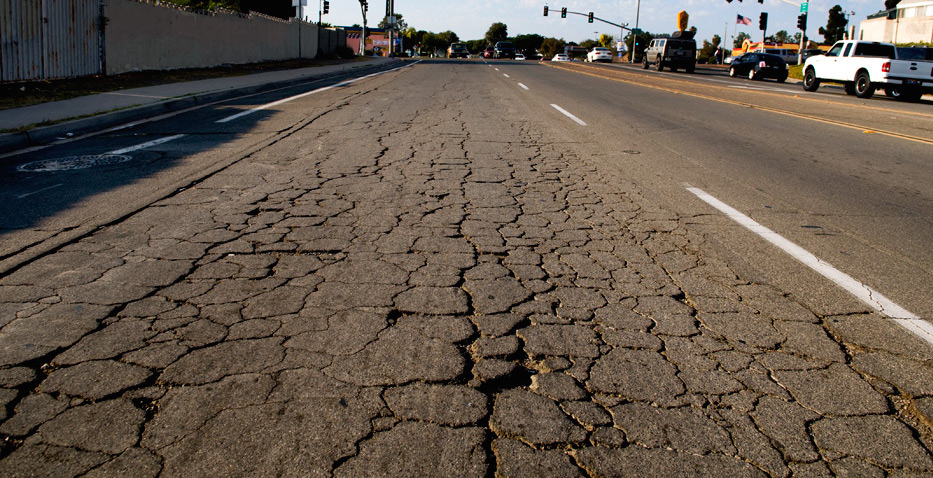 Facing what many expected to be a nearly $9 million budget shortfall, Richmond city staff Tuesday night presented a balanced budget before the City Council.

In addition to reducing city staff positions and cutting department budgets, the draft budget allocates an estimated $8 million in funds from Measure U, a half-cent sales tax approved by voters in November, to close the potential budget shortfall. But the use of these funds, which was presented under the guise of being used to repair the city’s crumbling roads among other uses, is causing concern among Councilmembers.

“We made certain commitments when Measure U was on the ballot,”said Councilmember Jael Myrick. “How do we sustain the balance that we have here and still keep all the commitments we made?”

To that, City Manager Bill Lindsay recommended a number of different one-time funding measures, none of which would allow for the long-term road improvement plan that surrounded the discussion of Measure U last fall.

“It’s the same as last year,”explained the City Manager. “We didn’t draw any specifics between Measure U dollars and other dollars.”

Much of the Measure U funds are being used to cover the loss of $6 million from a Chevron tax settlement that had supplemented the city’s revenue in previous years. Funds from the tax settlement expired at the beginning of this year.

To Councilmember Vinay Pimplé, the reallocation of Measure U funds away from road repairs is short-sighted. “The cost of repairing streets escalates dramatically when it is postponed,” Pimplé wrote for Radio Free Richmond. “Thus, we will have to make much bigger cuts in services if we postpone these repairs.”

However, considering the recent credit downgrades from Moody’s Investor Services, Lindsay advised during Tuesday’s meeting that the sacrifice was necessary. “We’re not recommending any additional debt for any reason,”he said.

City Council will consider the city’s 2015-16 budget during their next two meetings in preparation for adoption by the end of the month.