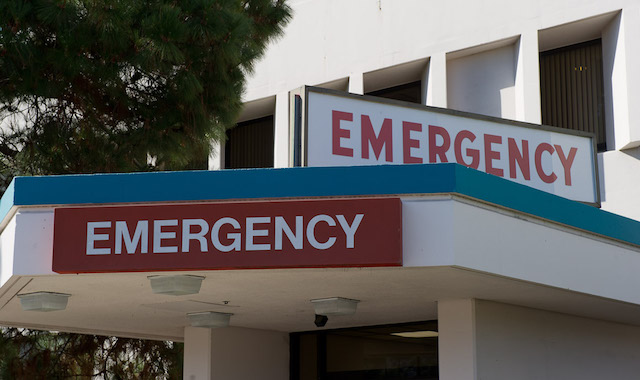 Residents of West County have been able to receive sufficient health care despite the closure of Doctors Medical Center (DMC) — the area’s only hospital — earlier this year. That was the message from Pat Frost, Director of Contra Costa Health Services, at a meeting of the West County mayors on Thursday.

Frost cautioned that, though concerns about adverse impacts from the closure of DMC have so far been overblown, the public will need to educate themselves about how and where they should receive emergency medical care.

“Out biggest challenge is getting people educated about the new resources available and directing them there,” Frost said in her presentation to the Mayors.

A new ecosystem of healthcare centers has worked to make itself available to residents of West County in the six months since the closure of DMC, but, according to Frost, many residents are still unaware of these resources.

“The impact [of the closure of DMC] has been significant,” she said. “There are now more than 1,200 additional hours of ambulance services to West County in response to the fact that they are taking a portion of the patients out-of-county.”

There were widespread concerns throughout West County and the East Bay that the area’s poorest and sickest residents wouldn’t be able to receive adequate health care once DMC shut its doors. The death of one man has been associated with DMC’s move to not accept ambulance services before the hospital closed for good, but in general, Frost says, these concerns have not come to fruition.

“We don’t have any direct evidence that the closure of DMC has resulted in the death of any West County residents,” the Contra Costa Health Services Director said.

Frost chalks this feat up to the collaboration and planning among local counties and hospitals before the hospital closed its doors.

“We have the technology and highly trained hospital care professionals that are able to work with the hospitals for the highest risk patients,” Frost said. “It doesn't reduce the risk to zero, but we have not seen the serious consequences predicted. That reassures us that we're on the right track, and that we're doing everything that we can in order to reduce the risk to this population.”

Part of adapting to the closure of DMC has been shifting where and how residents receive care. In the event of a medical emergency that is not life threatening or psychiatric in nature, Contra Costa Health Services recommends calling the free, 24/7 Advice Nurse Health Line at 877-661-6230 to receive a preliminary evaluation before receiving care.

LifeLong Urgent Care, a new medical facility across the street from DMC, which opened in light of the hospital’s closure, is part of this new system of health care along with four other LifeLong facilities in West County.

Adjusting to these new ways to receive emergency health care will take time, Frost concedes, but she believes it’s working so far.

To learn more about where to get health care in West Contra Costa County, visit the Contra Costa Health Services website, or call 2-1-1.