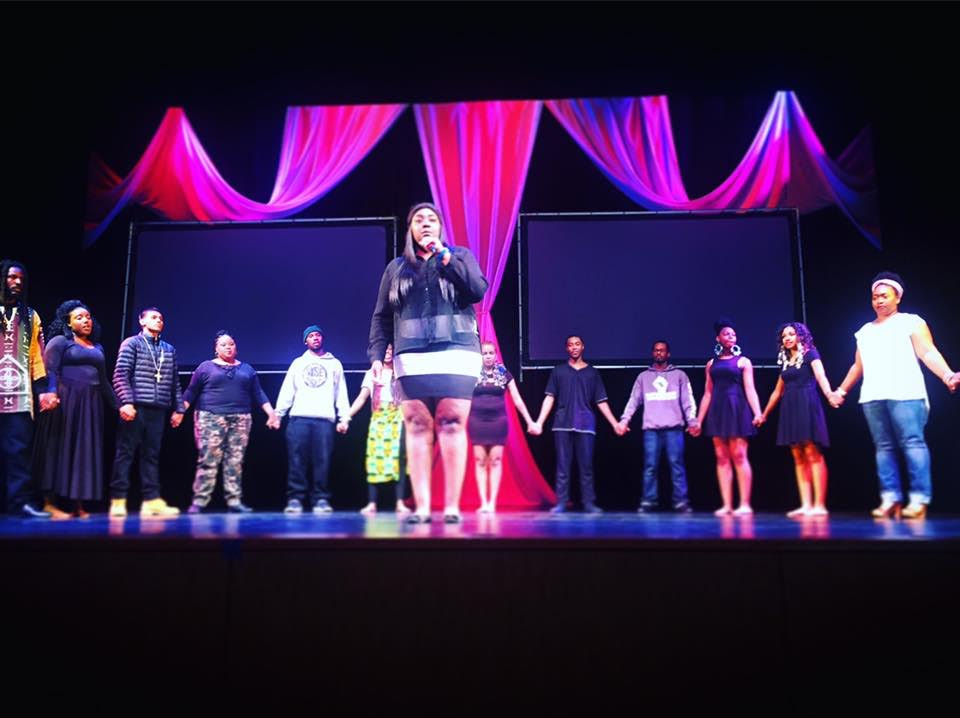 If you missed Fairytale you missed a play that is as brilliant as it is rare. When I was growing up in Richmond, youth theater meant dramatizing bedtime stories like Little Red Riding Hood and the most controversy I can recall was a dispute among parents about whether or not the “big bad wolf” should actually be in a wolf's costume onstage. Molly Raynor, the Director of the RYSE Performing Arts program, has abandoned the old model for a new brand of youth theater – theater that reflects the true stories of Richmond’s youth. Molly and her team at RYSE understand that while the wolf may not be on stage, the wolves are in our communities and sometimes inside of us. Fundamental to her idea of a lasting solution is to create the space for expression early on so that the we can expose truths that can create new paths and new ways of living and being.

Fairytale exemplifies the type of work and the type of space that theater can create when it is made by and with talent from a particular community with a shared experience. Fairytale reaches into Richmond’s dating and relationship culture and pulls out definitions of rape and abuse that are familiar to everyone in the community but that are never spoken about. Focusing on the budding relationship between Briella (played by Kabreshiona Smith) and Princeton (played by Shivneel Sen), the play explores a complicated relationship that begins with a first date that turns into rape and later a relationship embedded with fear, distrust, violence, moments of bliss and confusion.  Smith’s depiction of Briella was authentic, vulnerable and deeply attuned to the issues faced by Briella. Her performance was bolstered by her strong delivery of simple and well-placed choreography with highlights of singing to express moments of sorrow and regret.

Playwright Gemikia Henderson is not seeking to blame she is calling for understanding of the causes that create Princeton and Briella. We might expect her to be unforgiving in her portrayal of Princeton after all he is abusing his girlfriend who only wants to love him. But Gemikia’s work is to be found on the high road – she shows how Princeton’s definitions of manhood are complicated by his mother’s love and his father’s legacy as a pimp (a pimp now in prison). A patron attending the Sunday afternoon performance remarked how she’s never seen an analysis of an abusive boyfriend that looks so deeply and impressively at the influence of his parents, society and culture. I agree.  Henderson’s writing brings a simplicity and level of professionalism that reflects an intimate understanding of the issues she has chosen to address in this play.

What is artistically striking about Fairytale is the highly original and authentic poetry delivered by Nyabingha Zianni McDowell. She opens the show with a poem that creates a world of it own, echoing in our ears the words crying out from the city “Come save me, Come save me, That’s their hook to the blues.” McDowell calls us into their blues. Her poetry interlaced with video projection and expertly choreographed dance, establishes Fairytale and Richmond as a place where powerful experimental theater is being made but even more than that Fairytale is truly its own genre of communal theater as demonstrated by its making process which more clearly places Fairytale alongside the Workshop 71 style of theater which emerged under Apartheid South Africa as an important means of voicing the protests that were banned from the streets and political platforms of the country.

Fairytale takes us back to the very first plays and the original intention of theater before the proliferation of media that seeks to use narratives for its own ends. I was reminded of the origins of theater, when it began in Africa along the banks of the Nile River with the Memphite Drama and the Abydos Passion Plays. Fairytale reclaims the performance space as a space to reflect on our community, to show one another what is happening in our lives, in an effort to acknowledge the truth and to create change. The change suggested by Fairytale is one of inner change. Princeton goes to therapy to address the challenges he has faced growing up with competing standards and conflicting demands on his developing manhood. While Briella takes the course of spiritual enlightenment and seeks to find meaning in a relationship with God. These powerful choices demonstrate that Fairytale is not seeking to present the problems of this couple for the sake of doing so but rather this relationship is displayed to provide real and life changing solutions to a community in need.