Mike Parker: Open Season on Landlords? A Reply to Tom 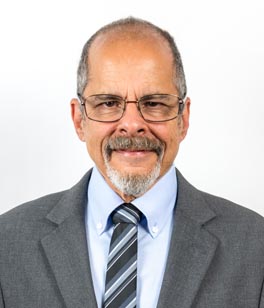 Tom Butt’s latest E-Forum (reprinted below) is designed to throw gasoline on the fire. There are numerous false statements and exaggerations.

Demonizing landlords
Tom tries to make the case that supporters of Rent Control demonize all landlords. Exactly the opposite is true. Rent Control supporters went out of their way to make sure that landlords do get a fair return on their investment. We agreed to rent increases at the full Cost of Living rate (typically 3%) even though landlord costs do not go up at this rate. For example property tax increases, a major part of landlord costs, are currently capped at 2%. In addition, it is possible for landlords who make capital improvements or have hardship situations to get rent increases to cover these.

To prove his case Tom cites one quote from Jovanka Beckles. But as the quote actually makes clear, Jovanka was referring to landlords who suggested that if the city passed rent control, they would evict people as retribution. Such statements were made by landlords at the last Council meeting.

Similarly Tom attacks ACCE for “fighting back against …greedy landlords.” Although there are many good landlords, there really are greedy ones as well.

Landlord’s rate of profit.
Tom’s suggestion that we should compare the CALPERS (public workers pension fund) expected rate of return of 7.4% with the CPI increase allowed landlords is ludicrous. Tom, as a smart and successful as he is in business, knows better. A landlord’s profit is not the CPI. A landlord’s profit rate comes from two sources. First it comes from the increase in value of the property the landlord owns. Property values are going up very fast. It is true that rent control will slow down the increase of the rental property value, but it will continue to go up, as is clear in the cities that have rent control . Second profit is built into the rent that the landlord charges. A good business person pencils this out when setting the initial rent. As explained above, the CPI increase actually slightly increases the landlord’s rate of profit. So landlords who are making a fair rate of return on their investment will get a still better rate. But the CALPERSs pensioners expected real rate of return will not increase with CPI.

How the market works
In one place Tom has a good point. “The difference is that food, medical care, transportation and education are largely provided or subsidized by the public sector and augmented by the nonprofit sector. Rental housing is fundamentally different; it is predominantly provided by the private sector.”

Actually all but one of these industries are very much controlled by private interests and education is rapidly being privatized. But let’s assume that Tom is referring just to providing these services to the poor.

Tom’s examples show that in America the market “works” but it does not work well for poor and working people. Judging from results the market does work very well for the wealthy who are getting much wealthier and are virtually the only beneficiaries of all productivity gains made in America in the last two decades. Since the market works so badly for the poor, we, the public need to subsidize food, medical care, transportation as Tom says. There is some subsidy for housing also but it is not enough. And Tom is right the answer is more public works and public spending on providing affordable housing.

But public spending on housing is going down, not up. We have a rightwing Congress which is a roadblock to doing what is required. I haven’t checked but I would be willing to bet that the Apartment Owners Association and the biggest landlord’s from Trump down have spent their political money on candidates who fight government housing programs. So, until we build the kind of housing that we need, we have to do what we can to help renters live stable and sustainable lives.

Time to move on
After six months of very intense discussion, where Tom, more than anyone else, had his say through his E-Forum, interviews, and his supporters, the Richmond City Council has voted to try rent stabilization and requiring just cause for eviction. It is time to pull together to make this work as well as possible and fix problems that emerge. It is time to move on to other pressing problems in the city.

Reposted from Mike Parker of the Richmond Progressive Alliance