Nat Bates ~ In His Own Words 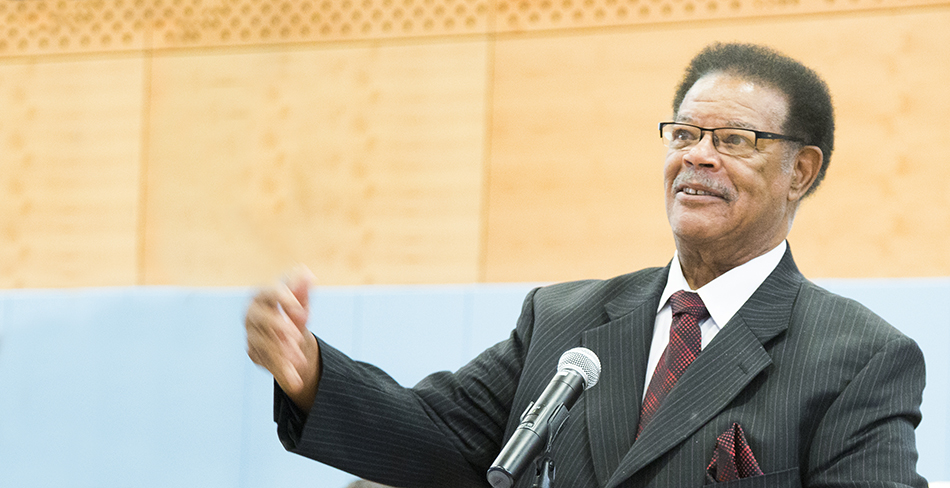 As your Councilmember and Mayor for the past several years, my number one priority has been to maintain a balanced budget. It is important not to spend monies in which the revenues do not match and balance.

My second priority has been economic development activities that encourage new businesses to locate in Richmond as well as retain current businesses. Economic developments, in addition to providing desperately needed revenue, also contribute hundreds of jobs for our residents. Because of my strong stands for both big and small businesses, I am referred to by members of the Richmond Chamber of Commerce (RCC) and Council of Industries (COI) as the strongest member of the Council supporting the business community.

My third priority is a strong and effective public safety department. Just as without the financial revenue to pay for the many community services afforded our citizenry, without a solid and strong public safety program, our city will suffer. When our citizenry requests police and fire services, we expect them to respond quickly and be effective in assuming their responsibilities. Therefore, we must continue to employ a highly qualified public safety staff which is educated and trained to respond to a continuing changing community.

As a thirty-five year retired Alameda County Probation Officer, I understand first hand the challenges public safety staff go through daily. This experience, together, with my strong support of public safety, is one of several reasons the Richmond Police Officers Association and the Richmond Firefighters Local 188 have both endorsed my candidacy for re-election.

My fourth priority is to work diligently to create a positive image of the City. Our biggest obstacles are negative actions by our City officials, management staff and members of the community. What we do in a negative manner is often reported by the news media and ultimately embarrasses the city. A recent example was when members of the Richmond Progressive Alliance (RPA), joined by a member of the Council together with a candidate for the Council, picketed the home of UC Chancellor Dr. Nicholas Dirks, who has been a strong supporter of Richmond being awarded the UC-Berkeley Global Campus.

Such behavior by this radical group in their demands for excessive financial mitigation monies is both unconscionable and irresponsible. As hard as each of us have worked to bring the UC Berkeley Global Campus to Richmond, actions like these become an embarrassment to the City for years. Until we collectively work to improve the City's image, we can expect to be viewed by others as an ineffective city with great assets and potential but lacking in leadership with class.

Within a few days voters will receive in the mail literature describing many of the housing and business projects I have been associated with as a leader and team player in accomplishing.

As a minority senior citizen elected official, during my extended career, I have always been sensitive to fairness and equality. Unquestionably, I feel all citizens should be treated with respect and dignity regardless of their race, ethnicity, religion, age or sexual orientation.

These principles were the reasons I single handedly fought to include all students, (WCCUSD, Charter and Private Schools students) in the $35 million Richmond Promise Scholarship Program (provided through Chevron USA’s Community Benefit Funds to the City).  Contrary to what some members on the Council and the public want you to believe, the $90 million Chevron mitigation monies to the City would not have materialized without the positive votes of then Councilmember Corky Booze and myself.

In conclusion, I trust my record and accomplishments as your Councilman and Mayor over the years warrant your support and vote again on November 8th. We’ve accomplished much together but we know there is much yet to be done. This success can only be accomplished by electing candidates who are independent, trustworthy, fair in their treatment of others, have a knowledge of the budgetary process and committed to the citizens of Richmond.  I stand ready to serve under the above conditions.