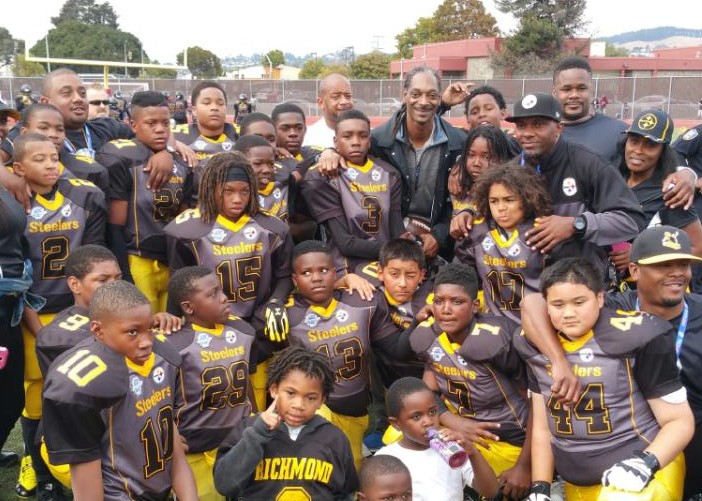 The 2015 season has brought big changes to the Richmond Steelers, the local youth football team, but some things never change. In a major shift, the team has joined the Snoop Youth Football League (SYFL) — the youth football league started by Snoop Dogg — and the local team is taking advantage of the opportunity to break new ground.

The youth football team, which has been around for over 40 years, serves as a beacon for families in the area looking to provide structure and community for kids. Made up of over 200 kids ranging in age from five to fourteen across six different football teams — in addition to an award-winning cheer team — inclusivity has been the key to success for the Steelers.

That was one of the reasons that transferring over to SYFL was so appealing. Snoop’s league doesn’t have weight limits for players on their teams, which means that more players can be involved.

“We typically had to turn away 20 to 30 kids a year because of the weight limits on the teams,” says Eric Martin, President of the Steelers and a coach to the Junior Pee Wee team. “At a time when younger kids often weigh more than they did a generation ago.” Martin explains, “it’s important to give these kids a chance to play the game.”

“[SYFL] gives us a chance to let all kids play no matter what, so we are now giving some of the bigger kids a chance to get some exercise and have fun. It’s been good so far.”

The Steelers join over a dozen other local teams as Snoop’s league extends its reach into Northern California. The Richmond team had its biggest season ever last year, making it all the way to nationals in Miami, and they’re on track to have yet another successful year ahead. 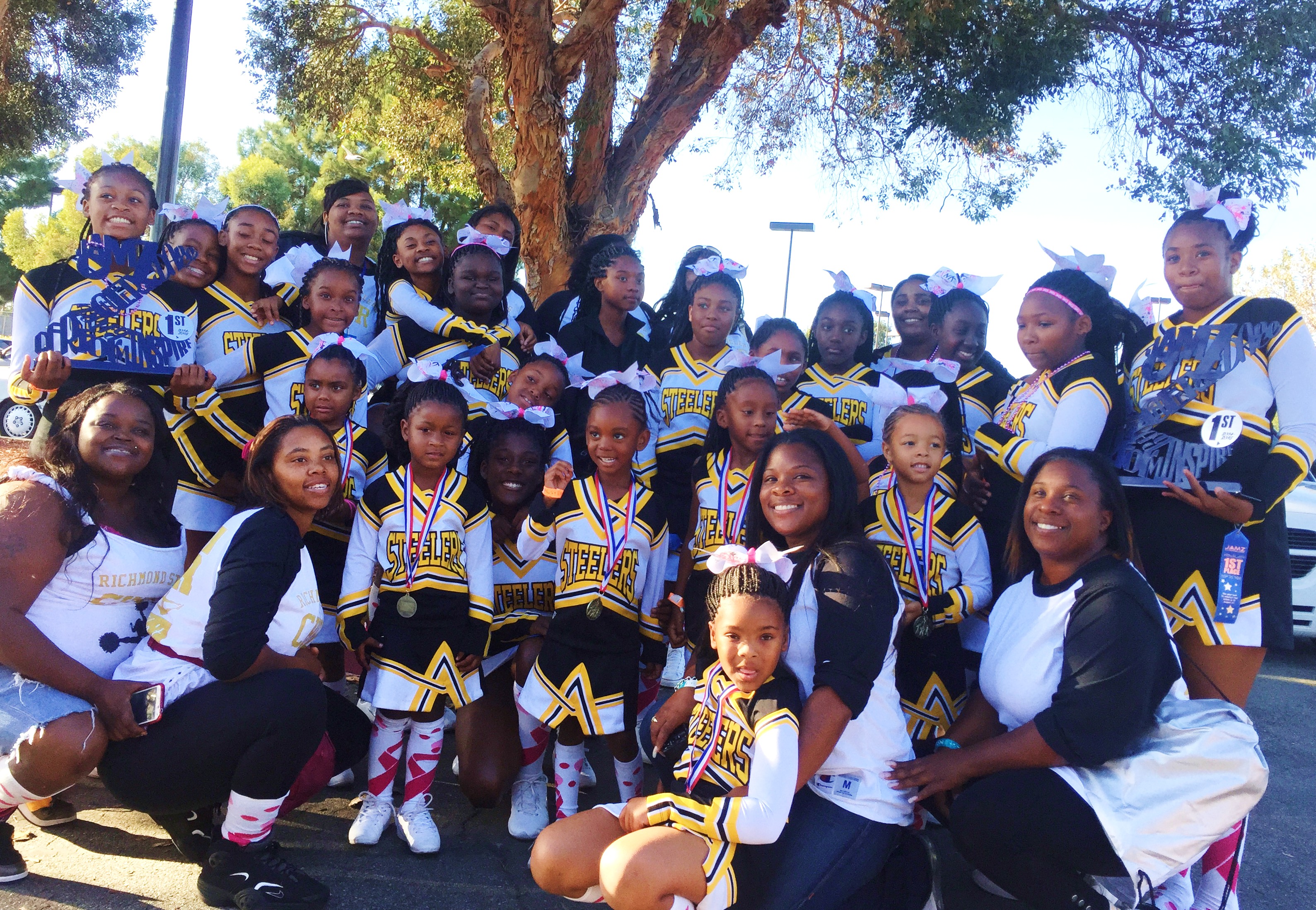 “Walking through the front door, we’re running a tighter ship,” explains Jennifer Purifoy, Vice President of the Richmond Steelers and a parent of two players.

There are still some kinks to work out as SYFL establishes itself in Northern California. Some teams don't have full families — meaning that they don't have all six teams of a youth football league — which results in some Steelers teams getting left out during games.

But the Steelers are working hard to make this season their best yet. In addition to the new “Steelers Store,” which is stocked full of Richmond Steelers branded merchandise, the local team is in the middle of a winning streak. The Junior Pee Wees, the team of 11-year-olds, is so far undefeated, with a 5-0 record this year.

Martin attributes much of the team’s success to the parents and volunteers who keep the Steelers running on a daily basis, but, he explains, “the kids make the real difference.”

“We sometimes get a bad rap because of our name — the Richmond Steelers — but we’re one of the most positive things going for some of these young kids,” Martin says. “They’re the real secret to our success."

Starting with a visit from Snoop Dogg in September, in which the rapper turned football coach offered advice to the Steelers, to their much anticipated upcoming game down in Compton October 24 — the 2015 season for the Richmond Steelers is full of firsts. All of this culminates to create a broader, stronger community support network for Steelers players for years to come.