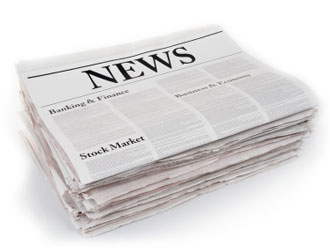 Like Richard Gonzales said, since the death of the Richmond Independent we’ve had a dearth of real news providers here in Richmond.

The Bay Area News Group newspapers (the West County Times and the Oakland Tribune) seem to have their own bent on issues and because of financial restraints they limit their coverage.

The Richmond Confidential has the potential to be a great source of news for our community but because they rely on students there are issues to deal with. First, they don’t get a fresh batch of students until late August and these cub reporters are often so green to the area that they don’t know the issues, they don’t know the territory and they don’t know the players.  They are often enamored by power brokers—especially elected officials—who spoon feed them information and pass their own agendas and opinions off as facts.  And because these RC reporters have to attend classes, they cannot devote the necessary attention to the issues like a regular reporter might.

We have smaller newspapers that purport to be the voice of our community but they have a target audience.  Many of these newspapers aren’t even available unless we go to a specific part of town.

The Mayor recently mentioned in her State of the City address that La Voz is the voice of Richmond.  What she failed to mention is that for all intents and purposes it comes straight out of the offices of the Richmond Progressive Alliance and their “news” is just as reliable as the “news” we hear on Fox News where “fair and balanced” takes on a whole new meaning.  It’s a propaganda paper pushing a very specific agenda.

The Richmond Pulse, the Post and some of these other smaller newspapers have targeted audiences, too, and promote specific news stories and agendas.

We can easily bad mouth the Richmond Standard because it’s being paid for by Chevron but every other source of news here in Richmond also has a slant to their news and cannot be relied upon as being factual.  The old standards for journalism have been lost on these new “reporters”. Where Edward R. Murrow used to be the standard for journalistic excellence, too many “reporters” now take correspondence courses from the Josef Goebbels School of Propaganda where they’re taught that if you tell a lie often enough and with enough conviction, then it becomes the truth.

We even used to get a lot of our news from Councilmember Tom Butt’s eForum but in recent years he’s turned this into a forum for his own opinions.  He inserts enough truth in his eForum and reprints enough legitimate articles so his readers will be deluded into thinking that everything he prints is the truth and they can’t tell the difference between news and opinion.

I welcome more sources of news so the people can have options.  When we get our news from just one source and that source is dubious, then we can’t trust any of our news sources any longer.

Just my opinion, though.