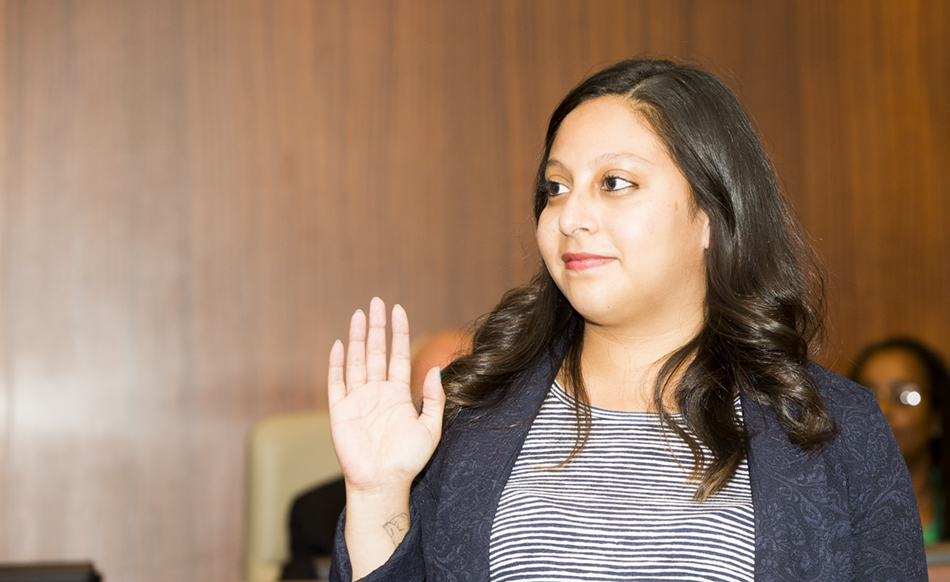 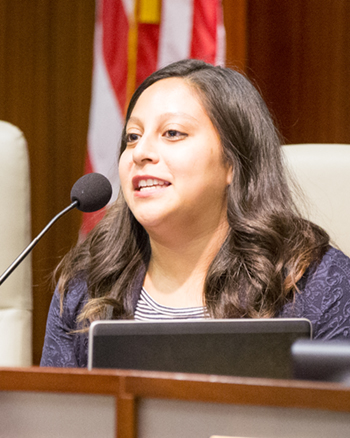 On July 18th Richmond Councilmember Gayle McLaughlin resigned her seat to focus her attention on her run to become the Lt. Governor of California.

This set in motion a selection process where 13 applicants submitted their names for consideration.

At the Council meeting of September 12th the applicants were provided the opportunity to showcase their qualifications to the Council.  After nearly five hours of discussion, delays and grandstanding, the Council selected Ada Recinos to fill the vacancy until the November election of next year.

At the beginning of tonight’s Council meeting, Ms. Recinos was sworn in and took her seat to serve the community.