No Controversy About This Once Missing New Deal Mural

While controversy continues about one famous artist’s mural at a San Francisco high school, an East Bay museum is determined to restore another valuable work by the same person.

The Richmond Museum of History unearthed the mural, “Richmond Industrial City’ by artist Victor Arnautoff in 2014.  It had hung in the Richmond Post office from 1941 until 1976 when mural was taken down due to remodeling.  Decades passed, the crate went missing, and mural was eventually declared lost.

Now the Museum has scheduled a gala for September12with a silent auction at 5:30 PM and dinner at 7 PM at the Rockefeller Lodge, 2650 Market Ave. in San Pablo. Proceeds from the fundraiser will be used to restore the mural.

“This is a compelling work that captures the diversity of Richmond, a blue collar community,” says Melinda McCrary, the Museum’s Executive Director. “A wide range of occupations, ethnicities and scenery demonstrate what life was like in those days. Richmond was working class American community.”

When Arnautoff painted the mural, he was one of the most prominent and influential members of San Francisco’s arts community. Between 1932 and 1942, he completed 11 public murals, the best known of which is City Life (1934) at Coit Tower in San Francisco. The Richmond Post Office mural was Arnautoff's last mural of this size and the first time since Coit Tower that he chose to depict a mix of city people going about their daily tasks.. His mural presents life in Richmond as of 1941—when war was on the horizon.

“We are looking at this event not only as a way to raise funds to restore the mural but also a celebration of a work of art that was created especially for Richmond.  It is an extraordinary honor and we hope the community will help,” says McCrary.

Donations to restore the mural and tickets for the event are available online at richmondmuseum.org or by phone at 510-235-7387. 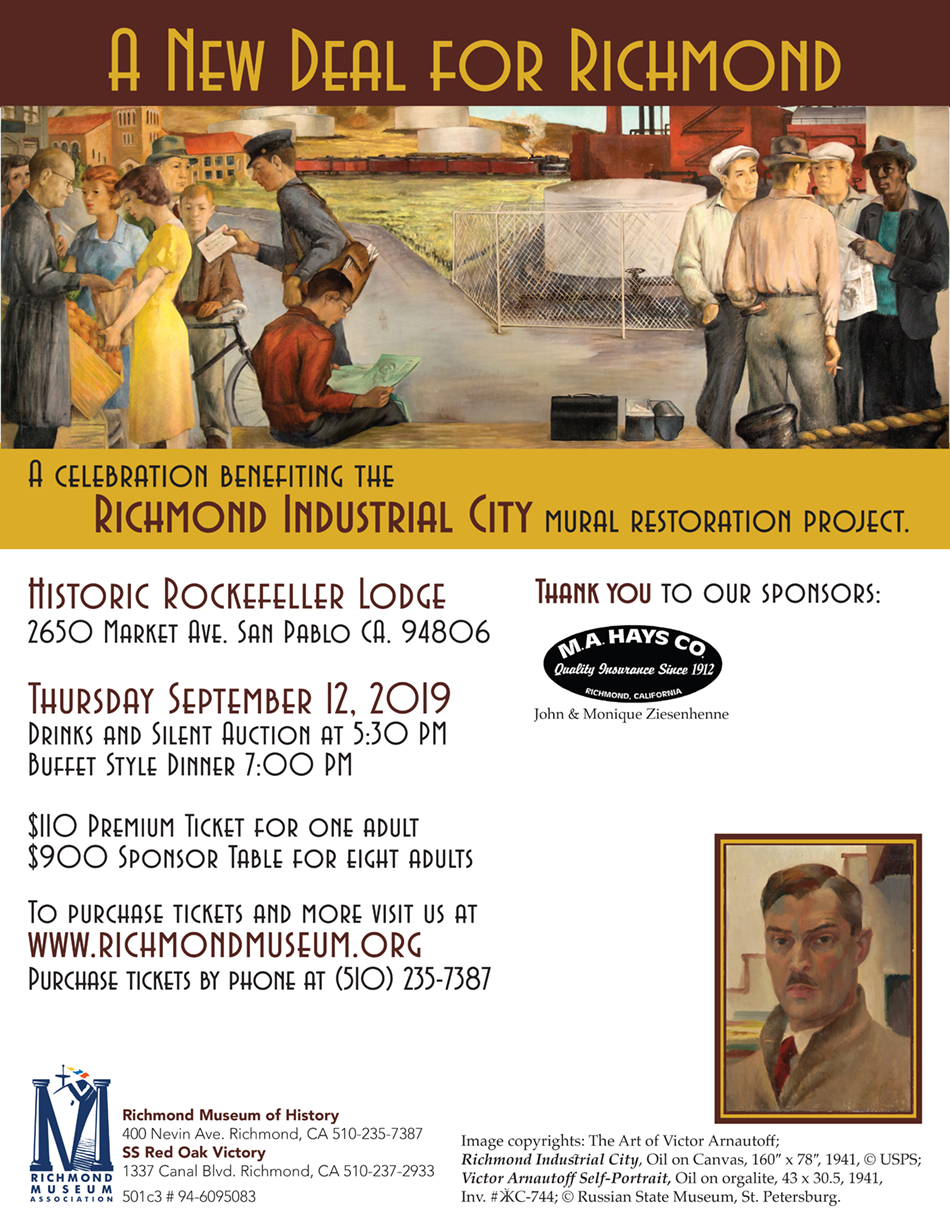