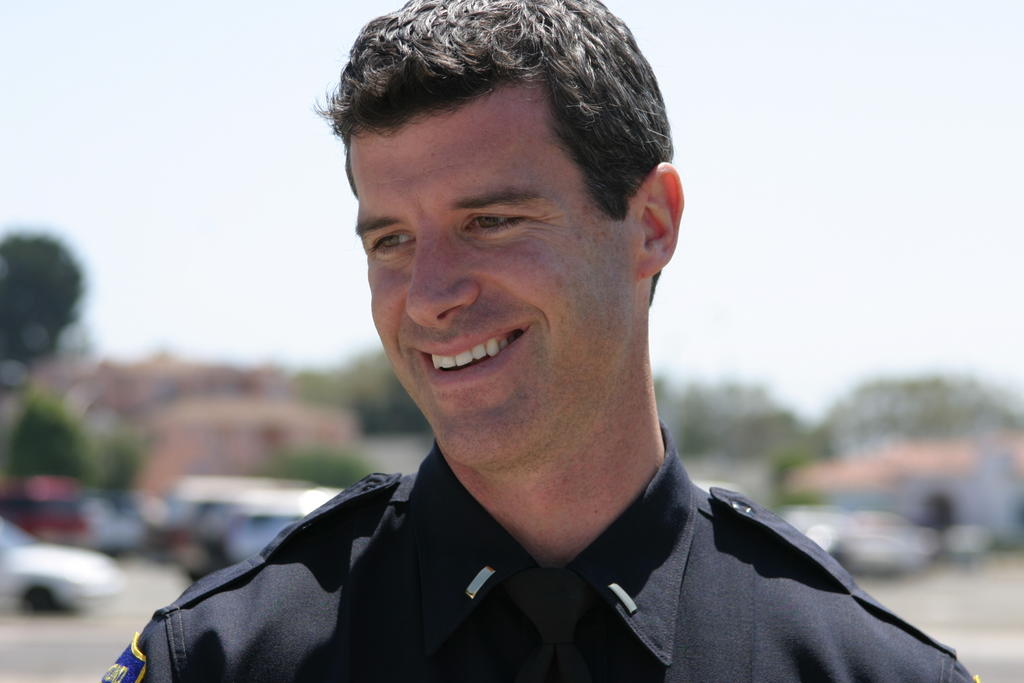 Richmond Police Department Captain Mark Gagan has been at the forefront of the city’s handling of “targeted individuals.” These individuals made headlines after the Richmond City Council approved a resolution supporting the ban of space weapons over the city, which they helped spearhead in collaboration with Councilmember Jovanka Beckles.

Critics of the resolution have called the city’s involvement embarrassing and a waste of time. Captain Gagan, the RPD, and even the Mayor’s office have seen their resources strained as targeted individuals -- people who claim they are victims of organized stalking and attacks from space-based weapons in an attempt to control their minds -- reach out from around the world for help from the city.

Radio Free Richmond talked with Captain Gagan to better understand targeted individuals,  — sometimes referred to as “TI’s” — their impact on the city, and what the RPD is doing to resolve the situation.

Radio Free Richmond (RFR): How long have you been working with the Targeted Individual community?

Captain Gagan (CG): Last fall I was invited to attend a meeting that involved numerous people that felt that they were the victims of harassment and other types of intimidation. It really did appear that many of the people who were reporting this behavior were displaying signs of paranoia.

Whether it is actually happening or not is almost besides the point. These people are affected and they feel pain. We wanted to be a part of the dialogue with many who are targeted individuals because many come to our attention based on their anxiety and fears. The other thing we wanted to do was to understand how to reduce stigma and shame for people who need help.

RFR: Chief Magnus expressed that the RPD is being swamped by calls from targeted individuals. Have you experienced this?

CG: This goes back further than the past two weeks. The past two weeks have been less busy, actually. But around November, December, January, some website must have put something out about Richmond PD. I’ve received about 50 phone calls and emails about this since November.

Word has traveled in a network of TI’s that Richmond, California believes them and totally is willing to do everything that they need. That’s not exactly true. We don’t have a task force to try to locate sinister people with satellites that are reading people’s brainwaves. We don’t have an open criminal investigation into the Post Office to see why they’re reading people’s mail. But those are the rumors that are being passed on through these circles.

I have received calls from around the world — Belfast, Ireland, the Netherlands, Australia. People have called, left messages, emailed me because they have read in certain circles that I and our police department was the only true, legitimate police force that was willing to listen.

RFR: That gets to one of the most difficult issues around the influence of targeted individuals in the city. How do you balance the need to provide mental health services to these people who are experiencing real pain that might be the result of some sort of mental illness?

CG: For me as a police official to say I would give no energy, credibility, or resources to the situation because it’s farfetched would be missing the need for me to make sure that my officers have the right mindset when they’re called to a disturbance or to an out of control situation. It might be one of the targeted individuals who is in crisis.

Many TI’s believe that there are governmental conspiracies and other agencies behind the targeting, including law enforcement at a federal level and a local level. Some of the people feel police and government agencies are not only in on it but the reason that this is happening. That can cause two specific reactions. One, a level of violence or threat against us. Or, it can lead to a resistance to call for help when they really need it for other issues. All of these situations really go towards us needing to listen and understand, and that does not mean that we have to verify or validate some of the symptoms of why they’re afraid.

In my 20 years as an officer I have dealt with numerous people who have very classic perceptions of them being in harms way and being surveilled or harassed. Most of the time, being willing to listen and reassure the person that they’re safe, that you are understanding what they’re saying, and that you want them to be safe and that they are safe. That’s usually a way to cut their tension by about 50%.

RFR: Why do you think the situation has gotten so out of control?

CG: If somebody was choking and gasping for air in a restaurant, you would know what that looks like and you’d help them. But if they were not displaying that obvious sign of panic, you miss it. That’s might explain why some who are well intentioned are over committed to having this be where it needs to be, which is a shift of no longer treating it not as a public safety threat, but rather as a medical, psychiatric emergency where longterm management of these feelings needs to be the focus.

RFR: What is your plan moving forward?

CG: Serving people who are in crisis and relieving their fear, since were are the police and we are public safety, people need to be able to call us. They shouldn’t feel like we, the police department, are doing something like this. Understanding how to successfully deal with them while we’re there, avoiding the use of force, and reducing stigma for those who are in crisis is one of our main goals.

Not once in my emails or conversations with TI’s have I validated somebody saying that a satellite is reading my brainwaves and making me do something. Many of the allegations I have heard about being surveilled are very similar. Rather than validate their concerns, it’s a better longterm strategy for someone with mental health issues to be on a managed, thoughtful care program to keep them on their medication.

I have talked with just about everybody professionally about the need to not focus on sort of the sensational and farfetched allegations, because that’s not what we are trying to address. It’s really that people deserve to not feel fear if they need help.