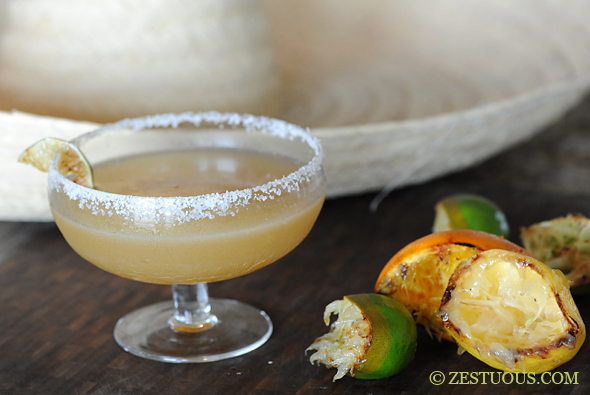 There is not a single Mexican restaurant in Richmond that can serve you a margarita. The reason? Not one of them has a full liquor license. The only exception is Chevy’s, the Mexican-American chain restaurant in Hilltop, but that hardly qualifies.

This presents an issue in a town whose population is 39 percent Latino. Why don’t at least some the city’s many Latino restaurants (ranging from Mexican to Puerto Rican to Central American and more) hold full liquor licenses? Is it by design or circumstance? Though striking at first glance, upon investigation it seems that this so-called “margarita gap”is a result of bureaucratic impediment more than anything else.

In spite of the challenges, a 23rd Street restaurant is about to get a full liquor license for the first time. The balancing act of appeasing the community, the Richmond Police Department, state alcohol regulators, and local government is one that almost all restaurants in the city have to endure.

“Neighbors were really worried about having hard liquor here. A man was killed a block away a couple years ago and the memory of that incident is still here,” explains John Bermudez, co-owner of the market-turned-restaurant El Campesino.

Bermudez and his family have owned El Campesino, which is located right at 23rd Street and Bissell Avenue, for over a decade. Until recently, the Bermudez family ran it as a corner store that sold groceries, home-prepared food, and beer and wine. Sales of their freshly cooked food grew, and in November the family decided to convert the store into a full-service restaurant.

It was that decision that brought the Bermudez family into a seven-month-long haggle with the city’s Planning Department, California’s Alcohol Beverage Control Department (ABC), the Richmond Police Department’s Regulatory Unit, and concerned members of the community. All because they wanted to let their customers order margaritas along with their burritos.

The hassle associated with getting a full liquor license isn’t just a 23rd Street phenomenon.

Nate Trivers, owner of Point Richmond bar and restaurant The Up & Under went through a similar trial to what the owners of El Campesino are currently experiencing.

“Success in getting a liquor license is about knowing who you’re up against and how to approach them,” says Trivers, who had to overcome the previous owners’ bad reputation to gain a liquor license for The Up & Under.

“I’m sorry to say it, but Richmond has a known record of greasy wheels. If any bureaucratic power is rubbed the wrong way or doesn’t like a particular place, they’ll be given a whole pile of shit because someone said something behind closed doors.”

Trivers’ full liquor license initially came with huge restrictions on when he could serve alcohol because the previous iteration of the bar had a notoriously rough crowd. It took him standing before the Planning Commission and simply asking why they were imposing this on him, a new owner, before they unanimously repealed their restrictions.

Even though he sees the process of applying for a Type 47 liquor license as overly grueling, Trivers understands the concerns of the RPD, the Planning Commission, and the community surrounding El Campesino.

“They might be scared because the neighborhood has a bad rap and it isn’t on the up and up. Is it a stigma? Is it prejudice? Or is it smart, because the writing is on the wall?”

The Point Richmond restaurant owner knows first hand that liquor licenses can be a huge liability. “If shit goes down” —driving under the influence, bar fights, etc — “and it’s traced back to your license, you’re personally liable. That can mean a 20,000 investment down the drain.  It can mean jail time. You can lose all of your livelihood.”

Beyond personal disagreements between local government and business owners, granting a Type 47 liquor license can unleash a load of trouble in a neighborhood.

But the Bermudez family just wants to open a family restaurant. They’re planning on having vans to drive customers if they have too much to drink, and to give all of their wait staff special training to read IDs.

John Bermudez and his brother Ignacio spearheaded the push for the license at El Campesino. As a store, El Campesino had a Type 41 liquor license, which allowed the business to sell beer and wine. But for their conversion to a restaurant the Bermudez family wanted to have a Type 47 liquor license, which would allow them to serve hard alcohol in addition to beer and wine.

One of the first steps was submitting their application to ABC. Upon receipt of the application, ABC started an investigation into the Bermudez family and El Campesino, and the department notified community members of the restaurant’s application. ABC also required that El Campesino post a notice of application be outside of the restaurant, mail a notice to all residents in the area, declare their application in the newspaper, and verify that the city’s planning department permits liquor licenses in the area. It’s a complicated process, and it’s only the beginning.

Community members had a chance to voice their concerns at the close of the investigation. This is where El Campesino ran into some trouble.

“There has been a history of issues in the neighborhood by tenants of the building behind El Campesino,” explains Jane Fischberg, President and Executive Director of Rubicon, a non-profit located around the corner from El Campesino.

Fischberg is referring to the car stereo store that shares a building with El Campesino. The Bermudez family leases the property to the shop, and it has become associated with trouble in the neighborhood.

“These issues have been compounded by lack of lighting, and there has been an unusual amount of police activity in the past. This background led us to voice our concerns about El Campesino’s application for a liquor license,” Fischberg says.

Rubicon partnered with the local neighborhood watch group that includes other local non-profits, including Girls Inc. and RPAL, in addition to local residents and business owners. They all wanted to be sure that the liquor license wouldn’t bring any trouble to the neighborhood.

This wasn’t enough for the neighborhood watch group, and they appealed the decision. The already lengthy application process was beginning to drag on.

Relations were at a stalemate. In fact, the neighborhood watch group and the owners of El Campesino hadn’t ever met before that meeting.

Then, on March 3rd, the community reached a tipping point. The neighborhood watch group met with the Bermudez family at El Campesino and they worked out a deal.

“We explained that we are a family business,” explains John Bermudez. “We have been in the community for a long time. My mother worked here, my grandmother worked here. We wanted to make a place for everyone.”

The neighborhood watch group was convinced. They would allow the liquor license, with a few conditions. First, the car stereo shop in the back had to go. Second, El Campesino could operate until 10 p.m. upon opening, but they would retain a Type 41 (beer and wine only) liquor license for their first six months of operation. If there are no incidents in that time, the application will again be revisited and El Campesino will be granted a full liquor license.

Simultaneous to their submission of the liquor license application to ABC, El Campesino was required to submit an application to the Richmond Police Department’s Regulatory Unit. This specialized department is charged with “helping maintain and improve the quality of life within the community by administering a fair and unbiased regulatory compliance program,” according to the city’s website.

Richmond Police Sergeant Mike Rood of the Regulatory Unit is deeply involved in El Campesino’s effort to get a full liquor license, and he understands the community’s concerns. “We try to evaluate the environment there. Will there be underage drinking? Will there be drunk driving? These things become a huge drain on [the RPD’s] resources. To be honest, 23rd Street doesn’t need that type of environment,” says Rood.

Without going into details, Rood explains, “there are a lot of mitigating factors that go back a number of years that have been the source of this [contention].”But the Regulatory Unit Sergeant is clear that there are no neighborhood-by-neighborhood restrictions for liquor licenses.

When businesses apply for liquor licenses, Sergeant Rood explains, “we evaluate each one based on their history, what their business plan proposal is, and what the concerns from the community are.”

Typically, the biggest factor deterring businesses from getting a liquor license is cost —both in dollars and in time. The Bermudez family paid $15,000 for El Campesino’s Type 47 liquor license, compared to an average of between $1,000 to $2,000 for a Type 41, according to Sergeant Rood. When you consider the risks involved with running any business, the cost and time spent applying for the Type 47 license simply isn’t worth it to most business owners.

The effort of El Campesino might show other local businesses that the benefit of the Type 47 liquor license makes it worth the investment.

To local business owner Jane Fischberg, El Campesino is a welcome addition to the neighborhood. “We wanted El Campseino to be a success for the neighborhood, and we said that if they can make this deal work, you’ll all have a good cheering section,” says Fischberg. “We’re looking forward to having a good restaurant in the neighborhood.”

The Bermudez family, too, is looking forward to working together with the community. “When you're in a business like this, it’s not just about money,” says John Bermudez. “It’s about making the customer happy, creating a full-service experience, and helping the community.”

El Campesino is scheduled to open early next month. The restaurant is planning a grand opening for June.