Guidiville Rancheria of California vs. The United States of America, 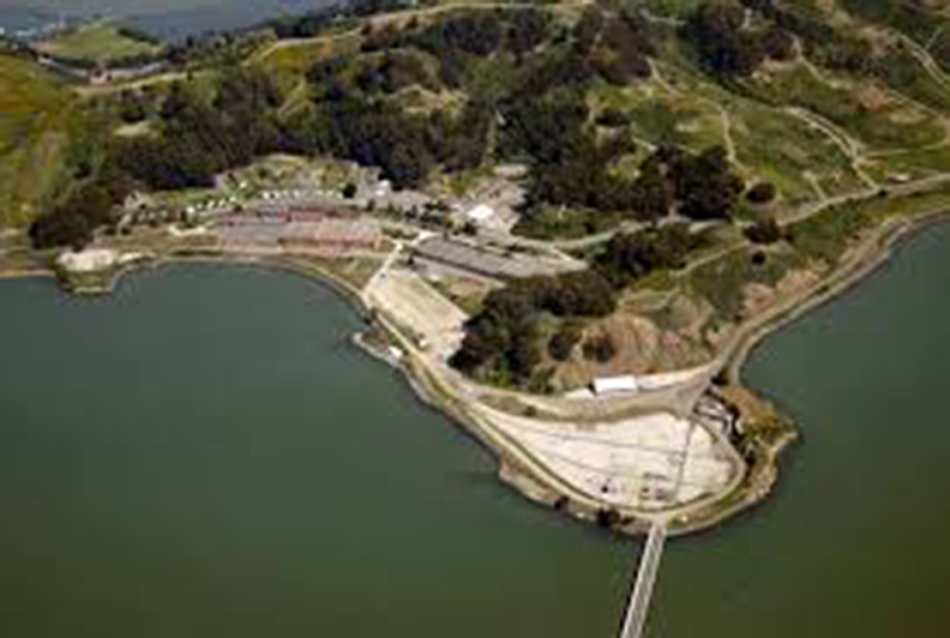 From the City of Richmond's web site:

RICHMOND, California. April 12, 2018
The City is pleased to announce that the long-standing legal dispute concerning

Point Molate has been resolved on favorable terms that will benefit the broad interests of the Richmond community for years to come. Here are some details:

The Plaintiffs, Upstream Pt. Molate, LLC and the Guidiville Rancheria of California, had sought to develop a casino on Point Molate, a former United States Naval Fuel Depot on the shores of San Francisco Bay, north of the Richmond-San Rafael Bridge. The area, which includes the historic Winehaven district, was transferred to the City of Richmond as part of the federal base closure and reuse process.

In 2012, the Plaintiffs filed a lawsuit alleging that the City had unlawfully rejected their proposed casino project at Point Molate after Plaintiffs had spent $16 million in deposits to the City, and after spending what they determined to be an additional $14 million seeking project entitlements. As part of the lawsuit, Plaintiffs sought more than $750 million in damages from the City. The City denied Plaintiffs’ allegations, and vigorously defended itself in the lawsuit.

Recently, the United States District Court entered a Judgment fully resolving the six-year dispute which has cost the City millions in defense costs, and which has prevented the property from contributing to the economic development of the Richmond community. The Hon. Chief Magistrate Joseph Spero oversaw all aspects of the successful negotiations between the parties. Under the Judgment, the City will pay no money damages to Plaintiffs, no casino will be built at Point Molate, and Plaintiffs’ claims will be dismissed with prejudice.

The Judgment paves the way for a meaningful public land use planning process for Point Molate, which previously had been initiated by the Richmond City Council. This process will begin with at least three public workshops that will be scheduled during the next several months. This public process will lead to the City selecting a new qualified master developer to manage the development of Point Molate, which will not be Upstream or any of its principals. The City will then evaluate potential developments at Point Molate over the course of two years, and continue to receive input from City residents at every step of the way. During that time, the City will also review potential projects in full compliance with the California Environmental Quality Act (CEQA).

Following that extensive public process, the City will make a decision on land use entitlements for Point Molate by no later than April 2020 in a manner that is generally consistent with the Point Molate Reuse Plan (Reuse Plan), which was first adopted by the City Council in 1997. In 2012, the Reuse Plan was incorporated in large part into the City’s General Plan 2030.

The United States Navy transferred Point Molate to the City with the understanding the site would be developed in a manner consistent with the Reuse Plan. The Judgment provides the pathway for this to be achieved. The City has been working to develop Point Molate for more than 20 years, including the completion of substantial environmental remediation activities, and resolving this dispute sets the stage for future development in areas that previously were altered by construction, grading and quarrying, and marred by soil contamination.

This litigation had been ongoing for years and it could have dragged out for many more years, at considerable expense to the City.

In summary, resolving the dispute was in the best interest of the City because:

“We think the resolution promotes the public interest, and removes a dark cloud over

Point Molate,” said Mayor Tom Butt. “We are excited to have ended the litigation so that the public planning process can begin and we can put that land to good use for the benefit of the entire community,” added Councilmember Ada Recinos.

The Judgment entered by the United States District Court resolving the lawsuit will be available on the City’s website or made available in hard copy upon request to the City Clerk. Details regarding meeting dates to discuss Point Molate will be released soon.

In short, this is a great outcome for the City.