Preying on the Weak ~ Chapter 1 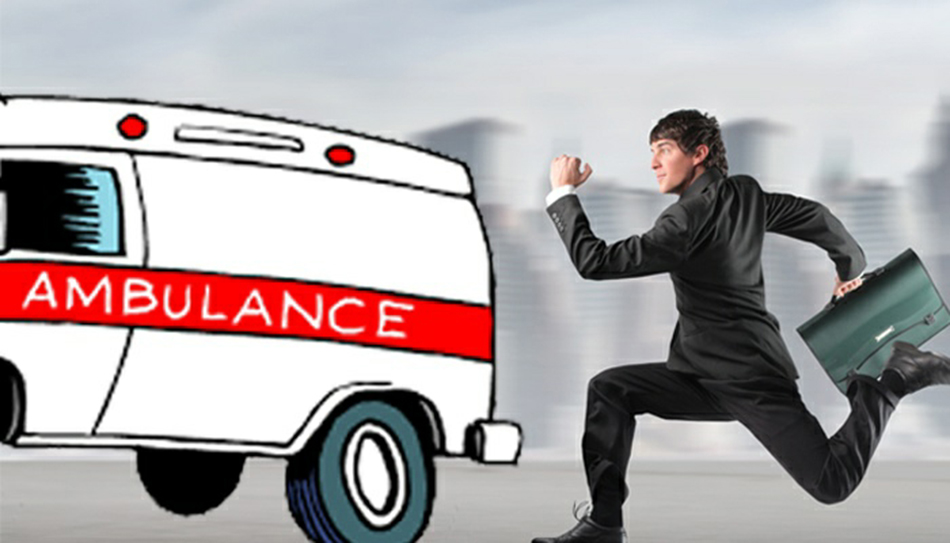 When the phrase ‘ambulance chaser’ or ‘shyster’ is used, do you automatically conjure visions of Perry Mason or Ben Matlock?  Probably not because when we watched them on TV they embodied what we wanted to think a lawyer was supposed to be.

On the other hand, we think of an ambulance chaser as running after a potential client looking for someone to sue and collect a quick buck.  When we think of a shyster, we think of an unethical member of the bar that will do anything—ethical or not—to win.

The common denominator between the two is their main goal: to line their pockets at the expense of someone else.

They typically prey on the weak and defenseless mostly because they can.

And now on to a completely different matter. Shenkman and Hughes, a Malibu law firm, has made tens of millions of dollars by suing weak and defenseless cities and school boards demanding that they stop electing members of their council or school boards At Large and segregate their communities to ensure that elected leaders are chosen based on their ethnicity.

Seeing how profitable this branch of the legal field can be, Walnut Creek attorney Scott J. Rafferty has taken this road threatening (and often suing) Bay Area cities and school districts.

These attorneys go after cities and school districts that are in financial trouble and, as distasteful as it might be, acquiesce to the threats rather than risk a horrendous legal bill.

In 2018, among other cities and school districts, Attorney Rafferty took on the West Contra Costa Unified School District and lined his pockets with $318,000 taken out of local classrooms.  While his pockets bulged without money, our kids were doing without sports programs, librarians, textbooks and pencils and paper.

And now he’s come to Richmond with his threats of a lawsuit if the City does not agree to his terms and pay him for his efforts.

The matter comes before the Richmond City Council on Tuesday the 21st with a deadline later in the week.  [Item I-1 on the Agenda.] 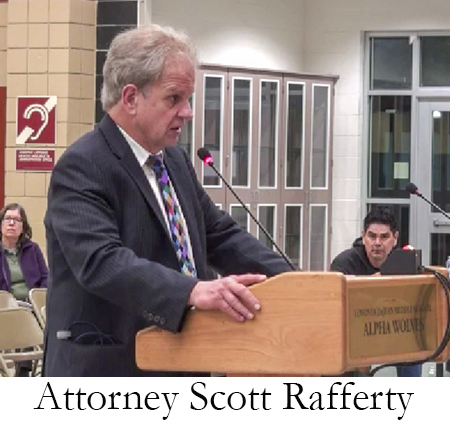 Often times Attorney Rafferty will seek out a member of the community who feels disenfranchised and file the suit on behalf of that person. Rumor has it that in this case, a local person or the group they belong to sought out Attorney Rafferty to do their bidding so they might have an opportunity to control the results of next year’s election of candidates to the Richmond City Council.

Attorney Rafferty’s Demand Letter is mostly boilerplate with numerous pages about the state’s electoral injustices.  Very little has to do with the City of Richmond.  If the reader is ignorant of the history of the community, what’s in the letter may make sense.  For readers who have been around and know something of their community will quickly see through what’s in the letter and see it for what it is: a load of bunk drafted from someone who knows little of the community he wants to sue.

DO NOT BE FOOLED.  THIS HAS NOTHING TO DO WITH SOCIAL JUSTICE.

THIS IS ABOUT THE MONEY--A LOT OF IT.

In this case, Attorney Rafferty is claiming that minorities (African Americans, Latinos and Asians) cannot get elected.  The current Council is made up of four Blacks (Point Richmond, Santa Fe, Iron Triangle and North & East), one Latino (Richmond Annex) and one Asian (Marina) (no Whites).  The Mayor is a separate office and would still be elected At Large.

What is claimed in the Demand Letters is that minorities cannot get elected in Richmond because the City Council is dominated by rich White people from Point Richmond.  If the City agrees to segregate the city into districts, the district lines can be drawn so people can be elected based on the color of their skin (as opposed to any real qualifications that would make them the best choice to represent the people).  [More on this in subsequent chapters.]

Attorney Rafferty has the kind of background that, in other circumstances, would put him in the same league of Perry Mason and Ben Matlock.

He attended Landon School—a private, nonsectarian, college preparatory school for boys in grades 3–12, in Bethesda, Maryland.  [The current tuition (which includes lunch but not books) is $43,560 per year.]  He matriculated to Princeton University (1973-1976) where he earned an A.B. degree in Politics and Economics; earned his J.D. at Yale Law School (1976-1979) and attended the University of Oxford as a Rhodes Scholar (1977-1986 earning a D.Phil in Economics and Politics.

He worked largely in the telecommunications field from 1981 through 2002.

Attorney Rafferty claims to represent the Bay Area Voting Rights Initiative but when a Google search is made for the group (also known as BAVRI), it’s difficult to find anything other than Rafferty’s own references to the group.  The size and structure of the group is unknown.  Is BAVRI a ‘cast of thousands’ or just Rafferty?

The question that only Attorney Rafferty can answer with any reliability (and that would only be if he were to be given a double dose of truth serum) is whether he’s a true believer attempting to change the world or whether he has his sights on a brand new luxury automobile and needs a couple of extra bucks to pay for it.

If he is a true believer and wants to affect change, why didn’t he come before the Council and point out the inequities and offer to work with the Council to find a solution to the problem?  Why didn’t he use the social media or online newspapers to plead his case to the people?  Why didn’t he appear before any of the numerous neighborhood councils to explain himself and listen to what they had to say?  Why was his first course of action to send his Threat Letter (costing the City $30,000) and why is he demanding that we do what he tells us to do or he’ll sue our pants off?

There is a lot more to this that will be discussed in detail in subsequent chapters to this story.  Stay tuned over the next few days.

In Chapter 2 you can see a year by year accounting of the who sat on the Council, their ethnicity and what neighborhood they lived in.  You'll also see the map that Attorney Rafferty has so kindly drawn for Richmond to accept. More details about the process will be explained.