Preying on the Weak ~ Chapter 4

Chapter 1 was published on Sunday evening and Chapter on Monday morning.

SO HOW DOES THE PROCESS WORK?

Some of the problems with these rules include that the number of people in the district are bodies—NOT registered voters.  Even if the makeup of the bodies in the district include persons too young to vote, persons who have not yet satisfied their debt to the state or the federal government, and persons who don’t meet the citizenship requirement, they count for these purposes.  In a city like Richmond, all of these are issues that skew the end result when the makeup of the districts has far more bodies than it has registered voters.

Furthermore, the count must utilize the latest data from the US Census.  This was concluded in 2010—NINE years ago.  Attorney Rafferty’s data is extremely outdated.

Radio Free Richmond does not have access to the census data from 2010 but they do have some data referencing registered voters from 2014 and from 2019 (a five year period).

If the percentage of registered voters increased by those levels in the past five years, what might be expected in the four years from 2010 to 2014?

Yet Attorney Rafferty, instead of waiting until the 2020 census data is available, is insisting that the changes be made now.  And then he asks when he’s going to be paid.

In 2018 the WCCUSD went through a similar ordeal.  When the Board of Education approved a new boundary map, it went to the judge and between the judge and Attorney Rafferty, he was allowed to radically modify what the people and the District had approved.  So why go through the motions of having the five meetings to get input from the public?

[PLEASE REVIEW THE WCCUSD MAP APPROVED BY THE BOARD OF EDUCATION AND COMPARE IT TO THE MAP REDRAWN AND APPROVED BY ATTORNEY RAFERTY.]

If Richmond is to learn anything from the mistakes the WCCUSD made, Richmond needs to ensure that the five mandated community meetings be extremely well publicized (NOT one of Richmond City Hall’s fortes) and ensure that the public have access to the data and the web sites.  This will require using all of the social media sites, online newspapers and NextDoor sites.  Translators are a critical addition (the WCCUSD failed miserably in this regard).

Challenging these attempts to force District Elections has been a difficult and expensive task.  If Richmond loses the lawsuit, they have to reimburse Attorney Rafferty for his legal expenses.  Because he is his own attorney, the legal fees go straight into his pockets (one pocket isn’t enough).  Even if Richmond is victorious, they may still be required to pay Attorney Rafferty’s legal fees.  [Perhaps now you can understand why Attorney would turn to the Dark Side of the Force and embrace this extremely lucrative side of the legal profession.]

What the Richmond City Council needs to do is decide whether this election change is the right thing to do—and for the right reasons.  Will they take the easy way out and take what Attorney Rafferty is shoveling?

No matter what is discussed at Tuesday’s Council meeting, we need to keep our eyes on Attorney Rafferty to watch him smirk and giggle knowing that that new car he’s been craving will be paid for by Richmond.

As was written earlier, Attorney Rafferty preys on weak and financially unstable cities and school districts (and that’s pretty much all of them).  He knows that in order to challenge him, it may mean cutting services to the community and possibly even laying off employees (lots of employees).  He’s betting that the Richmond City Council will cave.  All he needs is for four members of the Council to agree with him.  Three members of the Council represent the Richmond Progressive Alliance which has, from their beginning, advocated district elections.  Those three just need one more vote. 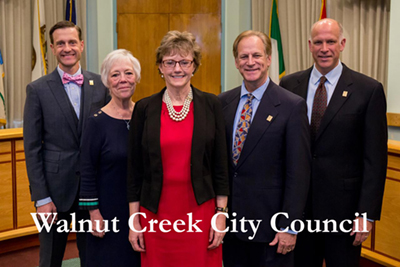 Attorney Rafferty has been running around the Bay Area forcing district elections yet his own hometown—Walnut Creek—has a five member council elected At Large (all white).  This begs the question why he hasn’t forced his own city to embrace district elections.

Even though Walnut Creek is more than 70% White, there are hardly any African Americans or Latinos living in Walnut Creek.  There are, however, nearly 15% of the city that is Asian.  Yet none of the Walnut Creek Council is Asian.  Does this look to anyone else that Walnut Creek elections are rigged to keep non-whites off of the Council?  Of course not—but the facts and the numbers can be twisted any way you like to make Walnut Creek come across just as racist as every other city or school Board Attorney Rafferty has come in contact with.

Chapter 4 is the concluding chapter in this series.

After Tuesday night’s discussion and vote, more articles will come keeping the public in the loop.

Call or email your Councilmembers and let them know what you think about what Attorney Rafferty is doing to our community.

Tell the Council to stand up to Attorney Rafferty.

Tidbits of information to help understand how Attorney Rafferty thinks:

Attorney Rafferty brings up how White settlers in Los Angeles kept Latinos off of the city council.  This was in 1842—six years before we took California from Mexico and eight years before California became a state.

And in 1914, California Governor Hiram Johnson promoted At Large elections and Attorney Rafferty seems to be laying the blame for immigrants nationwide not serving in elected positions at Johnson’s feet.

And these are all Richmond’s fault?