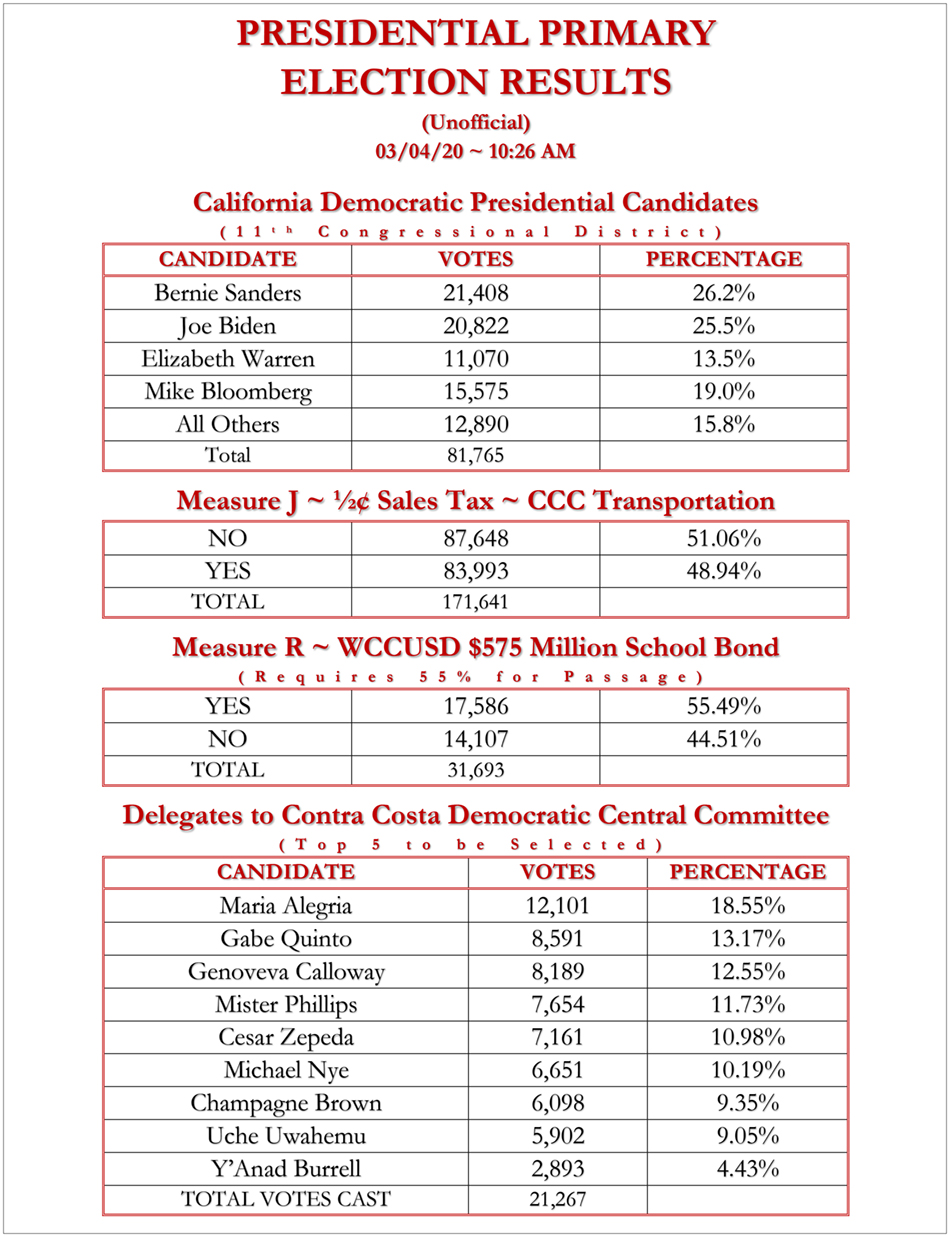 The big ticket item is the race to earn delegates to the Democratic National Convention early this summer.  For the most part, delegates are allocated based on how well the candidates performed in each Congressional district.  A candidate must receive 15% of the vote to be considered.

Again, with limited ballots processed, in the 11th Congressional District, Bernie Sanders holds a narrow lead over Joe Biden (26.2% to 25% ~ 586 votes).  Full results can be viewed at CC Election Results.

Additional reports should be expected as more ballots are processed.  As long as a ballot was postmarked by Election Day and was received by Friday three days after the election, it will be counted.