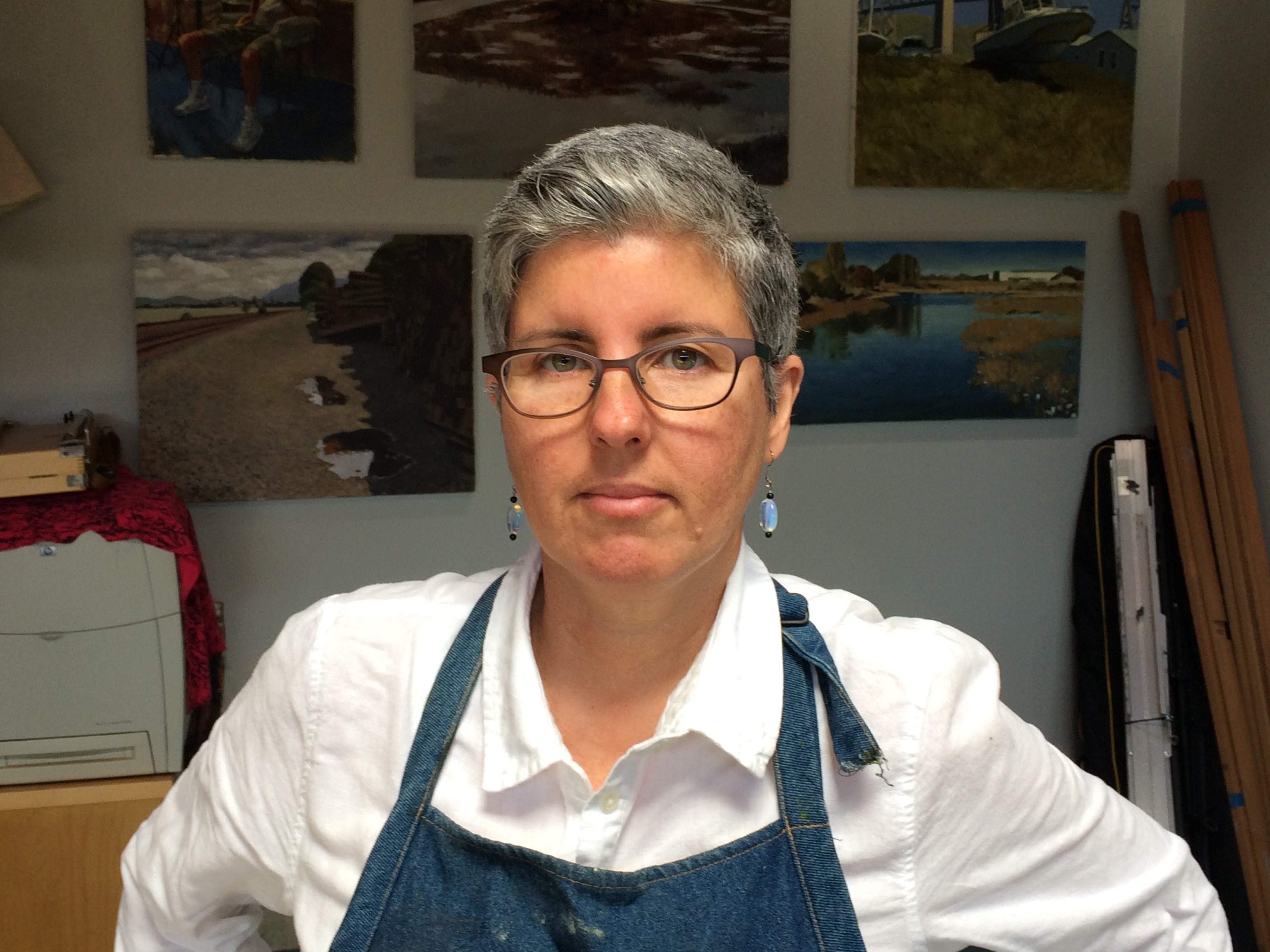 Kato Jaworski was hired as Studio Art Director at the Richmond Art Center in 2005, the same year I decided to return to art-making. I had resigned from a very stressful job and returned to live in the East Bay. I knew nothing about the Center, but had signed up for a figure drawing class thinking I would reconnect with my love for the human form. The teaching artist, Laura Paulini, was engaging and we often found ourselves mesmerized by the learning process. But our breaks were interrupted often, by an extrovert who said she was a staff member. This elfish woman distributed postcards, made announcements and even had the nerve to look at our work approvingly. She engaged everyone in conversation, and seemed to be in a permanent good mood. Her name, I found out later, was Kato.

Two years later she hired me to teach painting, and in 2012 she hired me again as Outreach Coordinator. What I did not know then was that beginning in 2004 and five years before the Great Recession,arts organizations across the country had undergone unprecedented budget cuts. The California Arts Council’s budget was cut by more than 90%. School districts were given license to use their art education funding in other ways and many eliminated art programs to comply with No Child Left Behind. Once more, visual arts education would remain out of reach for low-income children and youth.

It was within this funding climate that Kato began her tenure as Studio Art Director. Over the next ten years she would work to champion the cause of an affordable visual arts education for the children and youth of Richmond. This alone is remarkable and worthy of a separate piece. Yet those who knew her will tell you there is something else she did that was just as important. The extraordinary personal values she brought to work ended up shaping the Education Department and by extension, the Center. I believe that the way Kato conducted herself, the community that she built, and her vision is the most important, albeit invisible, part of her legacy. But the values and ideas of modest people go often unnoticed. This piece is my attempt to name those I experienced, as part of the staff working closely with Kato. 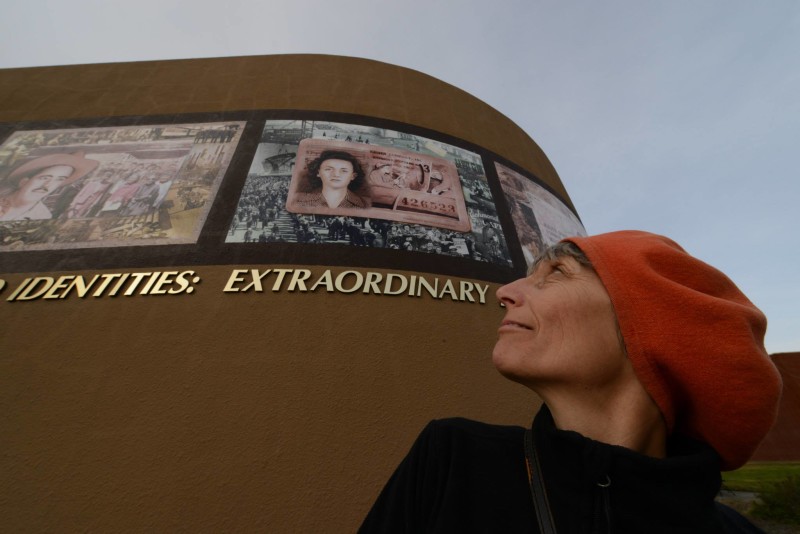 Some think it was Kato’s buoyant personality that engaged those who came to the Center. Parents, newly-minted art school graduates, retirees taking an art class, city officials, teens completing community service hours, UPS delivery people... After meeting you she got to work right away, expressing great enthusiasm for anything you were involved in, and listening intently. Once she had learned a bit of your story, she made sure you had an opportunity to shine somewhere within the Center. She was fun, upbeat and friendly, kept herself well-informed, and remembered everybody’s name.

Others remember Kato for her advocacy on behalf of children and teens. On many weekends, she could be found staffing a table at community eventsanddistributing scholarship applications to Richmond families. She was easy to spot: Kato was the goofy woman wearing funny hats and face paint who didn’t take herself too seriously. I remember her long conversations with interns considering the idea of a career in the arts, and also, how she was always persuading the teaching artists of adult classes to allow teens to attend. And who else would crawl under a table to hold a 45-minute dialogue with a reluctant child?

But I bet just a few know about her role as behind-the-scenes advocate for the many local artists with whom she worked. The idea that people who have chosen to make art need support came from her own experience as a teaching artist. Kato was always promoting the work of colleagues because she knew about the frugality many artists are forced to practice. She came to our shows and open studios. Visiting artists often stayed at her house. She knew many teaching artists had to work despite healthissues and was generous with accommodations. Over the years Kato remained fiercely loyal to those who, as she liked to put it, “have been with this Center through thick and thin.”

She saw art institutions as communities of practice. It was a lifelong dream of hers to find funding for programs where artists could connect with and learn from each other, sheltered from corporate values and revenue-driven bottom lines. Kato was always about learning and experimentation within the safety of a supportive environment. I remember she was uncomfortable with conflict, but I also remember she was never more passionate as when she argued in favor these ideas. The Center benefitted, becoming the birthplace of unique, high-quality workshops, classes, and events.

Even more invisible is the brand of advocacy contained in her policies and practices. These embodied the values she took pains to pass on to interns and fellow staff members: respect, kindness, discretion and compassion.

Respect moved Kato to go the extra mile in consulting and including others in decisions that, while seemingly small in the greater scheme of things, were nevertheless important to students and instructors. As Studio Art Director one of her big fears was implying - either as a mistake or by omission - that the Center did not care. Kato worked hard to dispel any such notions, coming in on weekends to open the Center for a workshop, moving heavy studio furniture, bringing food to every meeting, and writing down your name so she could remember it when it mattered.

It is easy to melt the heart of a kind person, so she had a hard time refusing requests. She never said no. Instead, “we’ll have to see,” was one of her stock phrases. It meant she would do her due diligence and then communicate her decision in a way that left us feeling not only that she cared, but that every possible alternative had been explored in her search for a way to acknowledge your need. 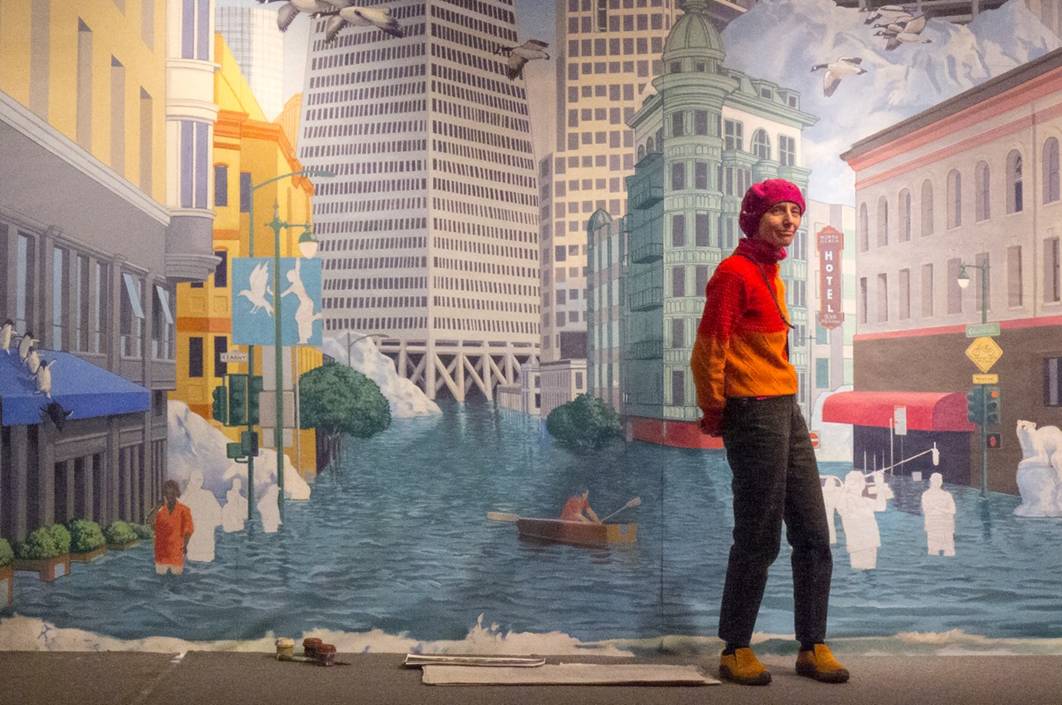 As an administrator, I thought Kato was “the three Ds:” discreet, disciplined and diplomatic, observing as I did how she kept to herself the great majority of her thoughts. She released opinions only when consulted and on a need-to-know basis, and it really did take a lot to make her angry. At times I wondered if she had deliberately taken the teachings of Bruce Lee to heart, someone for whom she had a lifelong admiration. After all, it was him who said, “Be like water making its way through cracks. Do not be assertive, but adjust to the object, and you shall find a way around or through it. If nothing within you stays rigid, outward things will disclose themselves.”

Later on I discovered it was compassion. Upon discovering a mistake that would have far-reaching consequences, I was rattled, but she took me on a walk around the Civic Center. By the time we returned she had coached us both through a temporary and a long-term solution. Then she said it was important to practice compassion and that this was something she tried to remember every​ day.

Before the Bella Feldman exhibit was installed at the Center in 2013, Bella’s assistant showed up after hours. He had called ahead and made an appointment. As he crossed the long dark hall in very long steps, Kato remembered she had met him years before. The assistant was focused on getting to the gallery and replied offhandedly that he had been working for Bella back then, too. But Kato recalled almost every detail of their original meeting. Without breaking his stride, he then turned to look at her petite figure for the first time and exclaimed, “Eight years. And you’re still here.” To this statement, she responded simply and without a trace of insecurity, irony or bitterness, “Yes I am. I am still here.”

Kato remained the person with whom most students and faculty interacted, and she was the person at most community events. She was acutely aware of the importance of institutional stability. I believe this awareness supported the Center during two critical periods: just before the Great Recession, and when its building underwent a complete renovation.

Her warning to new staff and instructors was “the funds are few and the needs are many.” With her charm and legendary resourcefulness, Kato managed to preserve many of the Center’s education programs on shrinking budgets, with only the occasional intern as support staff. To do this she worked long hours, coming in at night and on weekends to make sure programming could take place. She stretched supplies through thrift and creativity. A happy day was when someone would donate art materials. Space to store them was never an issue. Kato was a discerning consumer of recyclables too, visualizing a world of creative possibilities in hard-to-find, unusual junk such as old Braille books (“their paper is SUCH good quality”), safe deposit boxes (“now I have a place to store my brushes”), and small pieces of velvet (“can you imagine what the kids could do with these?”).

The renovation period took longer than planned and posedconsiderable facility and logistical challenges for the studio program. There was dust, noise and plastic wrap everywhere, and for a while there was no heating. It was at this time that she perfected the rare talent of defusing potential conflicts. How did she do this? She didn’t mediate, she  listened. She listened for as long as it took and listened well, asking strategic questions in ways that were non-confrontational, such as “How you would feel if we switched you back to Mondays at 6:30. Would it help if I was there to help you with the easels? Do you need extra time to move the tables?” 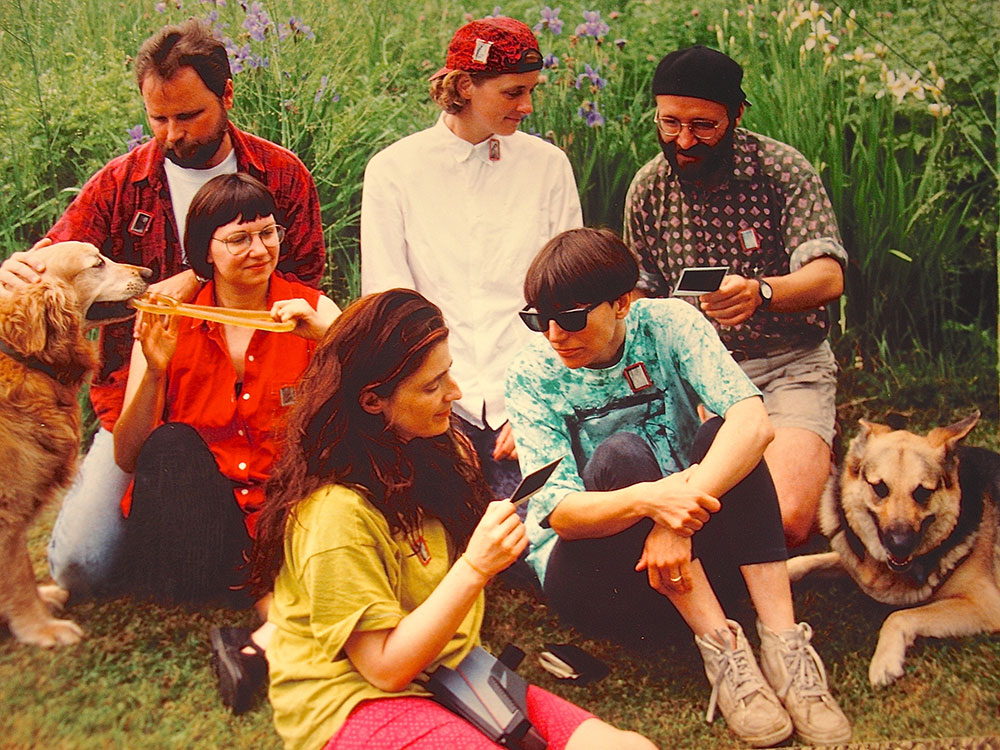 “Soooo many details” she would exclaim, often to no one in particular. In her brain resided the most complex and trying systems: payroll, contracts, room setups, studio and instructor schedules, seasonal programming, and the instructional needs of every teaching artist. She was also the holder of the Center’s institutional history, something she took a great pride in retelling. During a cleaning day we had a disagreement about a stool I had found, which Kato would not let me relocate. “This stool is historic. It has to stay here because it dates back to the Center’s foundation.” Kato was worried heavy foot traffic could damage it. I  suggested she did not want to give up its storage space, but she showed me how the wobbly, ancient piece was put together with pegs and won her case.

If anyone pointed out that giving this generously to the Center had come at the cost of time spent with her family and friends or time making art, she would demur. Recognizing her publicly, I suspect, would have also been a struggle. Kato was a very private, modest person, uncomfortable with praise and eager to skip the limelight at the first opportunity, but she was also keenly aware of the Center’s importance for children, art students, artists, curators and the general public. I believe this is why she gave us ten years of passionate involvement.

We should embrace the personal values Kato imparted by remembering them, keeping them visible, and passing them on to future generations. In this way, we will continue to build on the community she worked so hard to create and continue to champion the cause of an affordable visual arts education for the children and youth of Richmond.

Rebeca is a painter and an educator, born and raised in Puerto Rico. She is also the Richmond Art Center's Art in the Community Director. You can reach her at [email protected]