Richmond City Council ~ Demnlus Johnson in His Own Words 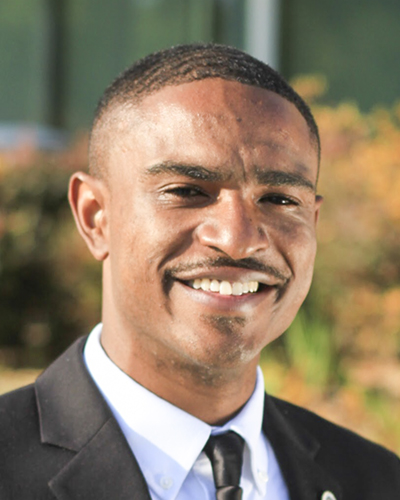 Demnlus Johnson III is pursuing appointment to Richmond City Council to continue moving Richmond forward in a manner that respects its citizens and heritage. He understands that safe streets, good schools, and economic opportunity will continue to advance the City of Richmond. He knows that affordable housing and the fight for fifteen are necessary for immediate survival. He also knows that issues in wealth, economics, education, and social mobility are systemic and if we are to truly transcend them we must aggressively attack them at their root and nourish fertile ground in Richmond. He understands that community engagement and economic opportunity are prerequisites and catalysts to closing those gaps.

Demnlus Johnson III was born at Brookside Hospital. His mother is an armor truck driver for Brinks and his father was a construction worker. Growing up in the Iron Triangle, he experienced firsthand how important economic opportunity and community engagement are for the success of community and how their absence is detrimental to people’s lives. Families like his had owned their homes since the end of WWII and helped create a tight-knit community in that period. Small businesses like Cotwright corner store and La Perla’s Restaurant contributed to community identity as well as nutrition. It was the time he spent in the Nevin Community Center playing billiards where he learned the people’s history of Richmond, became empowered through education that would allow him to compete in any arena, and developed a deep and abiding adoration for his hometown.

Upon graduating from Howard University, he returned to Richmond to serve his community, and is currently the youngest member and Vice Chair of the Economic Development Commission, through which he works with the City Manager’s Office to create community renewal without removal. As a Community Worker at Richmond High School, he partners with various community organizations to eliminate barriers in academic and social success for our youth. Through serving as Town Hall Moderator for Ceasefire, he works to better the relationship between Richmond police and civilians through working to build respect, trust, and understanding.

As a member of Richmond City Council, Demnlus would lean on his experience working in diverse capacities on behalf of the city he loves. The people of Richmond need someone who is a product of Richmond’s history, community, and policies to serve on our City Council with a direct and strategic focus for overcoming our systemic issues. He will advocate on the peoples’ behalf so that no one is left behind or pushed out. Instead he will fight to ensure city opportunities and priorities are conducive to the well-being of all Richmond citizens. It’s going to take someone with a new approach steeped in Richmond community values to overcome enduring challenges. Richmond has the unique opportunity to serve as a national model for sustainable, equitable community building in the 21st century and beyond. Demnlus Johnson III has the experience, passion, and vision to move Richmond further into an equitable future for all.