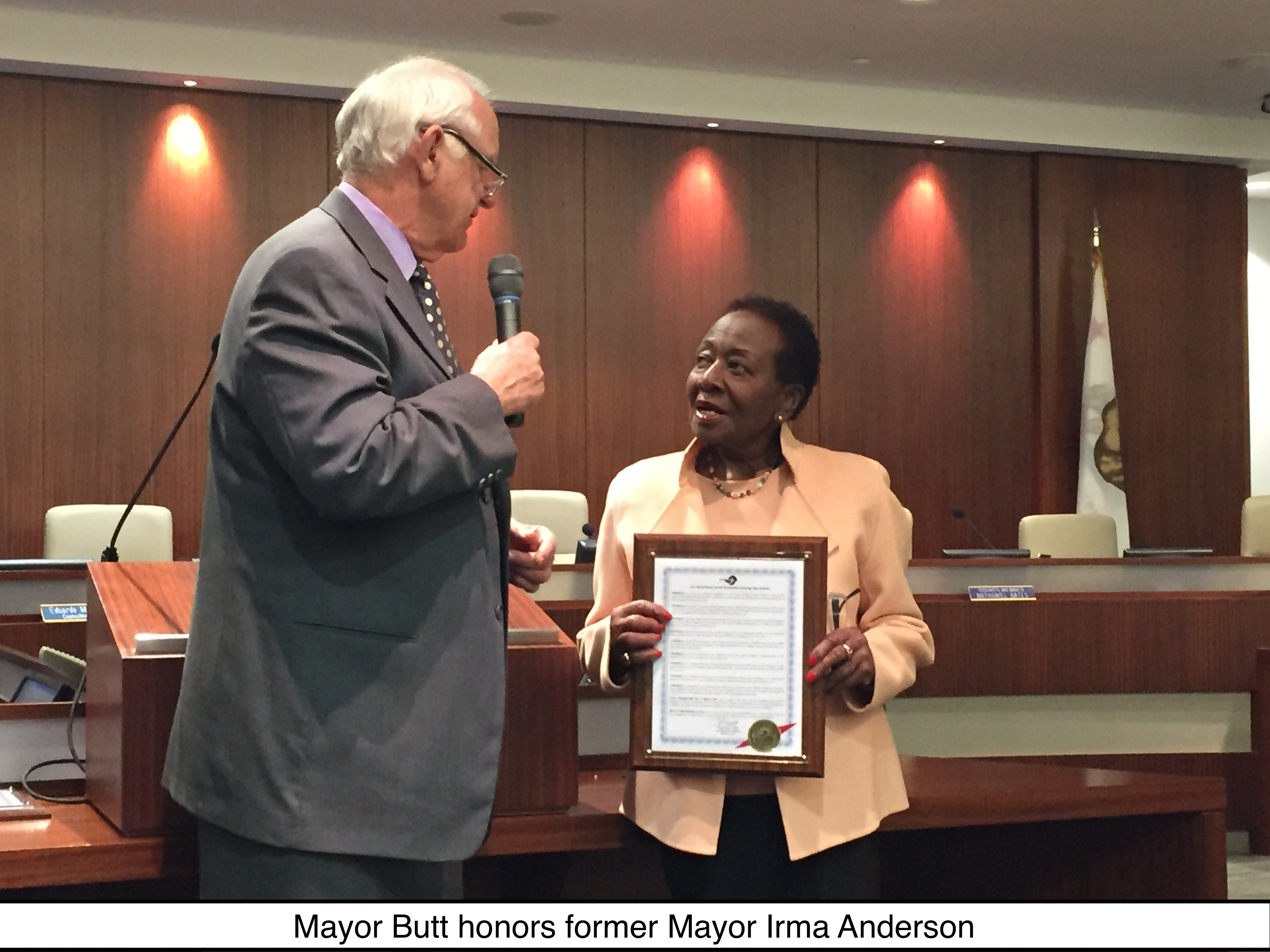 Former Mayor Irma Anderson was celebrated as the first African American woman on the Richmond City Council and for her efforts while in office of overhauling city staff. Anderson was also praised for her involvement in the West Contra Costa Healthcare District. Given a chance to comment on her proclamation, Anderson declared that “service is the rent you pay for room on this earth. It cannot be understated.” 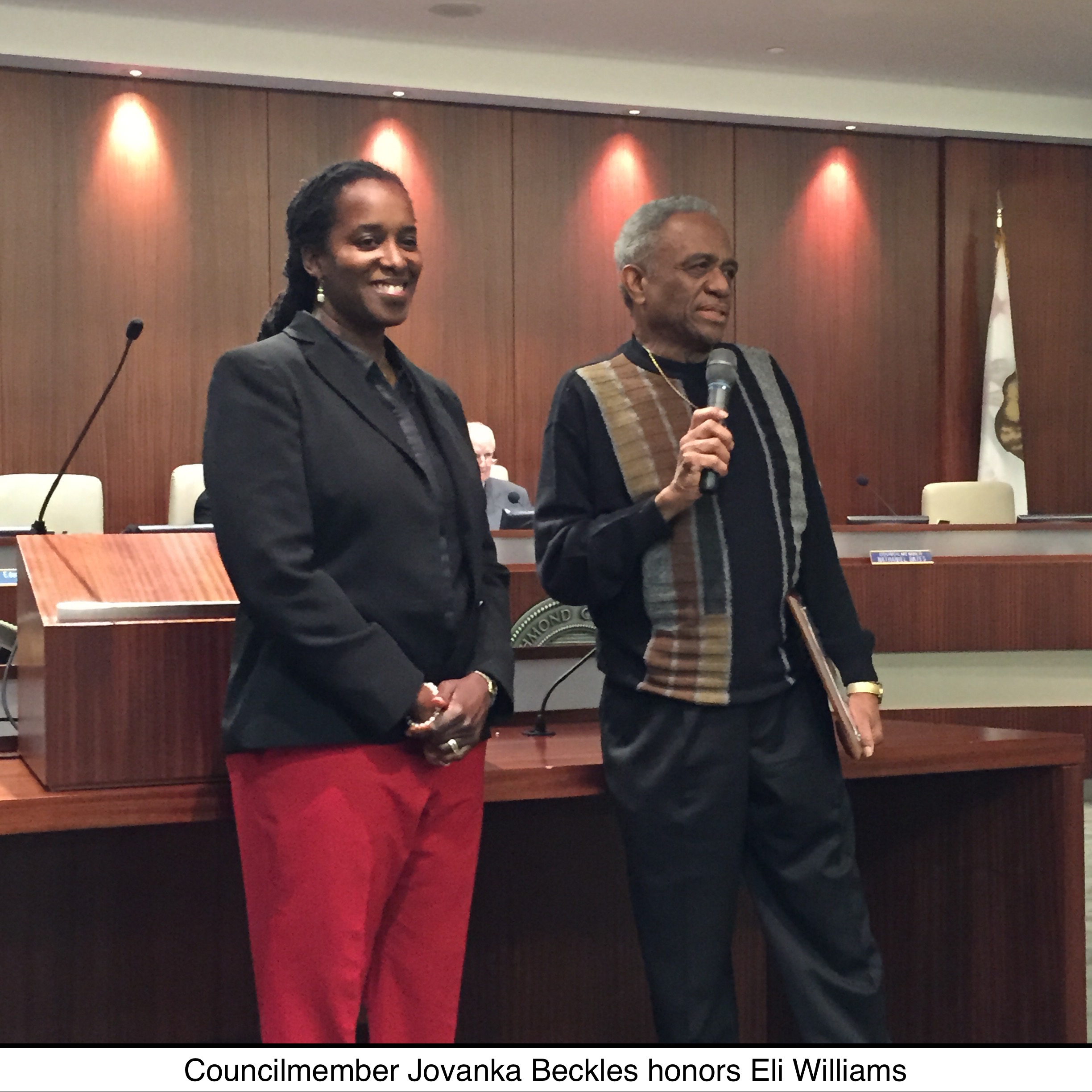 There was no mention of former Mayor Willie Brown during the proclamation. During public forum, however, several audience members criticized Mayor Tom Butt’s decision to not honor the beloved politician.

The issue first appeared last Monday. In his “E-Forum”, Mayor Butt critiqued a request by the local organization For Richmond for the Mayor to publicize an announcement of a breakfast honoring Brown. In his post, Butt explained that Brown has appeared in Richmond several times in recent years, “but mostly for the wrong reasons.”Butt elaborated that Brown typically chimed in around election season to campaign against the city’s progressive politicians.

Concluding his post Butt said, “There is no question that Willie Brown is an icon, but he is not Richmond’s icon. We have plenty of home grown icons and great leaders and do not have to import Brown for Black History Month.

You would think that 4Richmond would be more sensitive to the current political leadership in Richmond and not shove Brown in their face.”

The latter of Butt’s comments are in reference to the previous election, in which Brown supported Councilmember Nat Bates for Mayor – Butt’s opponent.

Some members of the public disagreed. Jackie Thompson, a longtime community activist, gave a thoughtful response on the politics of this affair. 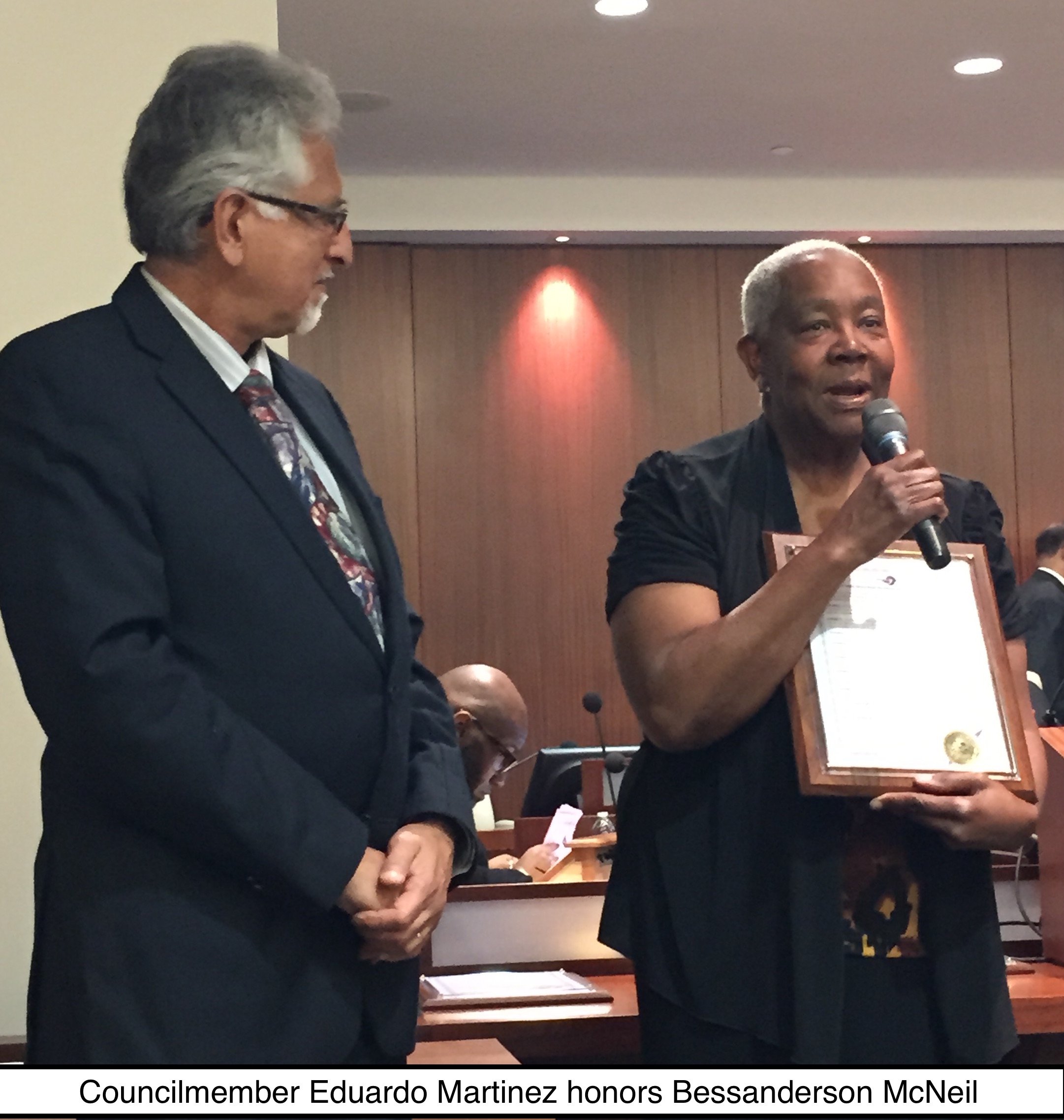 “I looked at this in a couple of ways,”Thompson started. “One, Richmond has recognized in the past several other Black leaders in the state who are not residents of Richmond. Also, I would hate for a negative stereotype to be put out there because he supported some politicians that others did not support. Politics is a dirty game, we all know it. But you can’t pit the Black community against the Black community. I think we should recognize [Brown].”

Thompson’s sentiments were echoed by another member of the public. “Willie Brown may not be an icon to you, but he is an icon to me, and to many, many African Americans in Richmond,”she said.

Butt did not offer a response to the comments per rules of decorum. The issue quietly dissolved as the meeting continued on, but signs of the disagreement persisted: on several of the seats throughout the chamber were fliers from For Richmond advertising the event honoring Willie Brown.

Last night’s ceremony stood as the city council’s single largest celebration of local African Americans, and it kicked off a series of Black History Month events, which continue through the coming weeks. And, politics aside, it was clear that everyone in attendance was happy for the opportunity to pay respect to the African American community of Richmond.