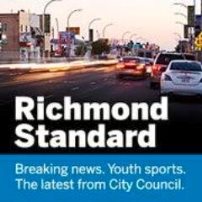 The leader of a respected Richmond environmental justice organization says he was disinvited from speaking at a local event Saturday by activist groups because he  supported the final version of the Chevron Richmond Refinery Modernization Project, which was approved last month by City Council.

Dr. Henry Clark, who heads the West County Toxics Coalition (WCTC), which for more than three decades has fought for environmental justice for Richmond and North Richmond, often against Chevron, said he initially had been asked by the Richmond Progressive Alliance (RPA) and Communities for a Better Environment (CBE) to speak at the daylong “Our Power Day of Action” event. The event is scheduled to begin with a 9:30 a.m. rally at the Kinder Morgan rail yards, followed by a march to the Richmond Greenway.

A few days ago, however, Clark said he received a phone message from event planners from RPA and CBE informing him he was no longer welcome to speak.

“I went into our office and heard a voice message saying that because of the West County Toxics Coalition’s public position on Chevron modernization, a decision was made to disinvite us,” Clark said. “I was pretty upset.”

Clark also said members of the RPA and CBE, many of whom do not live in the communities neighboring Chevron Richmond’s operations, also neglected to invite WCTC and local residents to help plan the event.

“They come in to our communities, primarily the Iron Triangle, and didn’t even call the local neighborhood council,” Clark said.

Clark said it’s clear to him that the RPA and CBE are more interested in fighting Chevron than helping Richmond residents.

“We’ve always tried to negotiate with Chevron or anybody else, like a good neighbor should,” he said.

Clark has long been a thorn in Chevron’s side but said he supported the $1 billion refinery modernization project following years of contentious negotiations. The final version of the project, he said, will make the refinery safer and cleaner and includes $90 million over 10 years in community benefits, including the guarantee of full college tuition for every Richmond public school student and tens of millions toward emissions reductions projects in Richmond and North Richmond.

“I believe we negotiated for the best possible project,” Clark said.

While groups like RPA and CBE have ostracized Clark for supporting Chevron modernization, they went on Facebook to claim victory – and take full credit — for the project’s approval. The RPA has only one thing on its mind, Clark said, and that’s ensuring its members are elected to City Council in November.

RPA member and mayoral candidate Mike Parker posted on Facebook: “We, the progressive movement, did well and won a partial victory—the plan calls for far lower greenhouse gas emissions than Chevron initially proposed. But make no mistake, with a more progressive City Council, we could do better for Richmond and better for the environment.”

An email seeking comment from the RPA has not yet been returned.