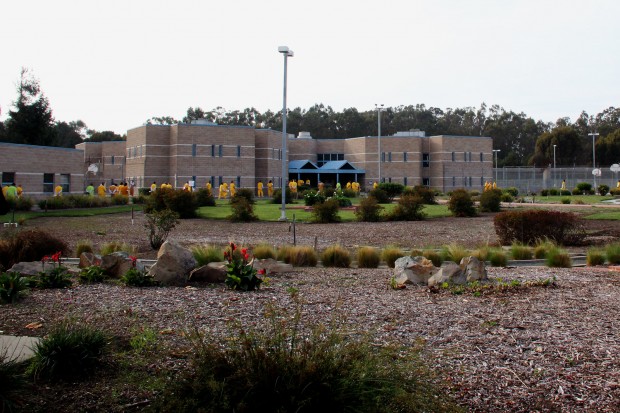 Despite opposition, the Contra Costa Board of Supervisors approved Tuesday a resolution authorizing the County Sheriff’s Office to apply for a grant that would fund an expansion of the West County Detention Facility in Richmond.

The approval, which passed by a 3-1 vote after more than five hours of heated and divisive discussion from Supervisors and the public, came with the caveat that the county would not offer matching funds, a blow which could harm the County's chances of securing the grant funding. Tuesday's meeting highlighted concerns over how the County allocates its money and the best place for prisoners’ reentry programs.

The grant application from Sheriff David Livingston seeks $80 million out of $500 million in state construction bonds earmarked by State Senate Bill 863 for the purpose of constructing a high security, rehabilitation-focused facility at the Richmond location.

Sheriff Livingston pressed the urgent need for grant funds during the meeting citing vast overcrowding at the Martinez Detention Facility (MDF). Built in the 1970’s, MDF was originally designed for 345 inmates, but at times it now houses upwards of 600, according to the Sheriff. The grant application calls for closure of 420 beds at MDF and for 400 inmates to be moved to the Richmond facility.

Over 400 new housing units and 30,000 square feet of program space make up the proposed addition to the West County Detention Facility. The space would be built with the intent of offering robust mental health and reentry programs currently unavailable at MDF and in the Richmond jail. The end goal, according to the Sheriff, is to lower the County’s recidivism rate by preparing inmates for life outside of prison.

Critics of the plan Tuesday drew issue with the placement of these programs within a jail, the large and growing overhead costs to operate the proposed facility, and were opposed to expanding the prison industrial complex in any capacity.

“A jail is not a mental health center,” said one of the nearly 70 public speakers Tuesday, the majority of whom were opposed to the jail expansion in favor of reentry programs based in the community.

Among the planned resources at the proposed Richmond expansion are a facility for inmates to visit their children, vocational classes, and mental health programs.

Sheriff Livingston estimates that the proposed facility, from staff, to the mental health and reentry programs, would cost $4.4 million annually, an amount which would come from the County’s general fund.

Livingston also asked Tuesday for $9 million from the County to fund construction of the proposed facility, a request which was ultimately rejected, but the potential use of County money to fund a multi-million dollar project just four months after the closure of Doctors Medical Center left a bad taste in the mouths of some, including Supervisor John Gioia who represents Richmond.

“My general concern…is that at a time when we are looking at priorities for our general fund monies…is that the allocation of $4.5 million dollars — which will be more than that realistically — that’s a choice we’re making in lieu of other choices we could be making,” Supervisor Gioia explained.

Supervisor Mary Piepho countered that without this expansion, these programs would not be available at all to Contra Costa County inmates.

Piepho joined Supervisors Karen Mitchoff and Candace Andersen in support of the application. Supervisor Gioia was the lone dissenter. Supervisor Federal Glover was recovering Tuesday from a surgery and could not attend the meeting.

Gioia's lone dissent marked a critical turning point for the grant proposal. The board needed a supermajority vote to approve more than $6 million in local matching funds to construct the proposed facility, and the Supervisor's opposition vote ensured that this money would not be secured.

This lack of funding means that the County's grant wont qualify for 12 out of the maximum 84 points under the state's scoring system, thereby decreasing the chances of securing this highly-competitive grant funding.

With the Board’s approval, the Sheriff is poised to submit his application by the August 28 deadline. From there, it is up to the State to approve or deny the application.