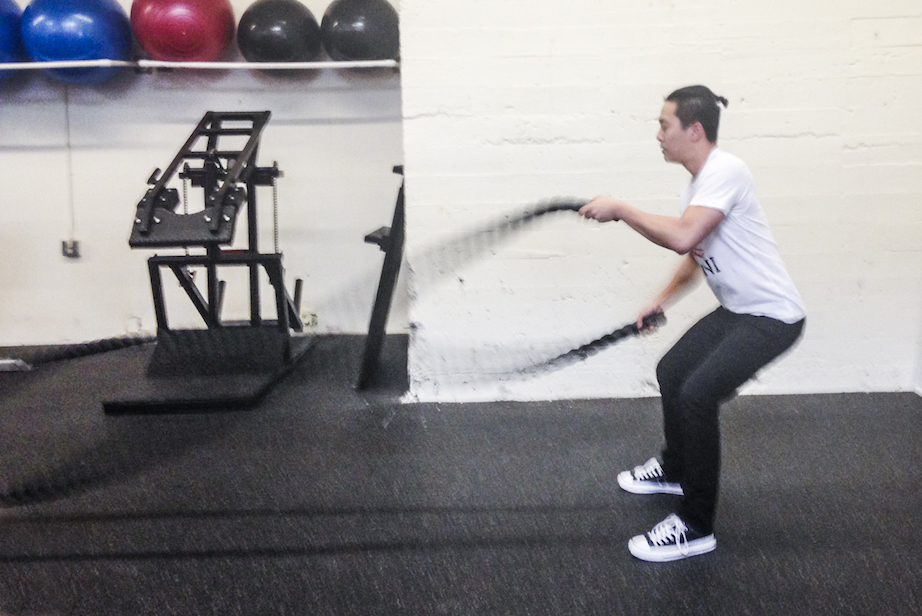 Steven Han wanted to run a gym that would produce champions, and he couldn't do that in New York.

"Since I'm originally from New York, MMA is still illegal there, so obviously that's not a good spot for me to be" said Han. "Obviously New York was out of the question.

Today Han owns and operates Omni Movement, a gym in Richmond that has been open for around six months and trains professional and amateur athletes as well as hobbyists in combat sports and strength and conditioning. The gym is located just north of the Craneway Pavilion on Harbour Way.

Han started developing Omni's training philosophy when he was in college at Penn State working towards a Bachelors of Science in Kinesiology.

"As I was watching the UFC in college, I noticed there were holes in those athletes’ strength and conditioning game," said Han.

Han believed that he could apply concepts and methods he studied in school to correct athletes’ "holes", allowing them to compete more effectively.

"Some of those methods would be plyometric strength training. A little bit of a mix of gymnastics and calisthenics, which is bodyweight training, and...a little bit of weight lifting" explained Han when asked about Omni's training philosophy.

Plyometric training, formerly called jump training, is a method that involves a series of jumps and hops that improve strength and stamina by alternating between stretching and contracting the muscles, according to WebMD.

Han trains athletes in a way that he described as "innovative", and different from most other trainers.

"The most important things we do different here is we strengthen the muscles in the feet and the ankles. So this is really important for combat athletes and just any athletes that are moving, because you want to have strong feet to have strong footwork right?" said Han. "A lot of trainers are kind of neglecting that, you know? When was the last time...you heard a trainer go like 'hey let’s work out the muscles in your feet?'"

Omni approaches what Han described as "stand up" fighting (a stage in MMA fights where combatants fight on their feet, facing each other, usually exchanging punches and kicks) by deemphasizing sparring, in contrast to what Han called "the old training philosophy" where fighters sparred more frequently.

"We are more kind of gearing towards the new wave of training, which is kind of more smart. We're taking it more easy, more drills, more pad work. We aim to do less brain damage" explained Han. "So our style here, we're pretty elusive. So we want to be in and out. We go in, we try to get the shots in, we try to go out, we try to take minimal damage."

Athletes are trained in stand up fighting by Jonny "Rocket" Perez, who was the 2014 Ringside Boxing Champion and the 2015 Oxnard PAL Boxing Champion.

Fighters are trained in what Han called "ground game" by Ahmed White, who holds a Ralph Gracie Jiu Jitsu brown belt and won the 2010 Ju Jitsu World Championship as a blue belt, according to the Omni Movement website.  White has won several major tournaments, and is set to compete for the American National Team in an international tournament in Brazil, according to Han.

When asked if he thought he would be able to achieve his goal of owning a gym that could produce champions, Han made it clear that fighters affiliated with Omni had already won several championships, displaying the various medals and trophies won by fighters associated with Omni movement.

One fighter Han discussed with pride is Amir Lacy, who is the number one heavyweight amateur California champion, and will be going pro in April according to Han.

Even though the gym has been relatively successful at producing competitive fighters, Han is still looking for new blood and invited Richmond residents who are looking to fight competitively to come by the gym and possibly earn a spot on the team.