In case you haven’t noticed, there are homeless amongst us.  There always have been and, unless someone hits the RESET button, there likely always will be.

Back during the Great Depression 90 years ago they were called hobos. 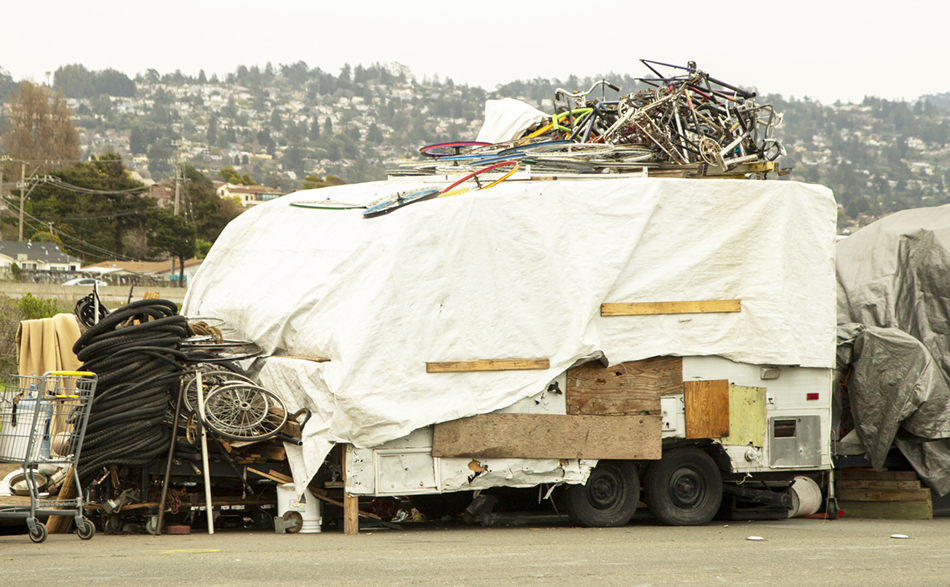 While there may have been ‘unsheltered’ persons (the politically correct term used by many progressives these days) before the Reagan years, it seems that this was a time when we saw a greater divide between the haves and have nots.  During these past several decades we’ve seen persons amass unbelievable wealth [even after his divorce settlement where Jeff Bezos of Amazon fame lost a reported $35 billion of his net worth he is still estimated by Forbes Magazine to be worth $184,600,000,000.  If he gave away $1million each and every day it would take him more than 506 years to dispose of it all.]  Even with so many persons earning handsome salaries for their efforts, there is an equally vast number of people who have nothing—or less.

Whether it’s due to mental health issues, drugs, a downturn in the economy, muscle jobs being shipped overseas or just bad luck, when people can’t afford to put food in front of their families or a roof over their heads, they turn to any remedy they can find.

There aren’t enough shelters to house the homeless and, for many unsheltered persons, the rules are more restrictive than they’re willing to embrace.  No dogs, no alcohol, no smoking, no drugs—these often make shelters nonstarters for some homeless persons.  And then there are some who just don’t want to live in a shelter.

So, we see homeless encampments popping up all over.  Some of the favorite locations seem to be vacant lots, under freeway overpasses, parks, infrequently used streets and even in front of city halls.

Sometimes these are encampments of makeshift tents and tarps, sometimes recreational vehicles (RVs), maybe a car or just sleeping in a storefront or on a bench.

Often you’ll see stolen shopping carts with all of their worldly belongings overflowing the carts.

In recent years the number of vehicles—mostly RVs—have gathered in large groups.  West Berkeley streets are filled with RVs as is the Berkeley Marina.  Here in Richmond, Rydin Road near Costco has many dozens of RVs with an equally large group near Hensley and Castro near the Chevron refinery.  There are, of course, other locales  with smaller groups of RVs.

Economically depressed communities are ripe for homeless encampments.  You don’t really see the numbers of homeless in Piedmont, Atherton, Blackhawk or Orinda.

Even here in Richmond, some communities are harder hit than others.  The more affluent parts of Richmond such as Point Richmond and Carriage Hills have far fewer homeless than central Richmond, North Richmond, and western Central Avenue. 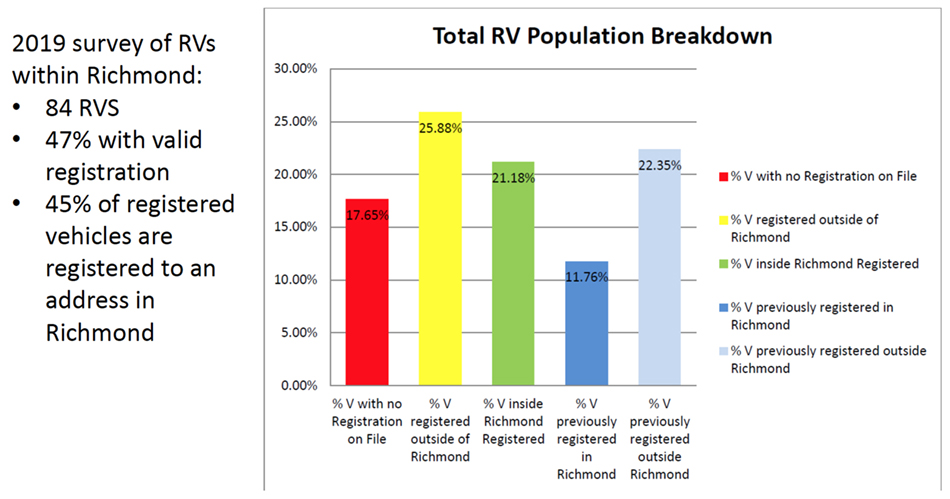 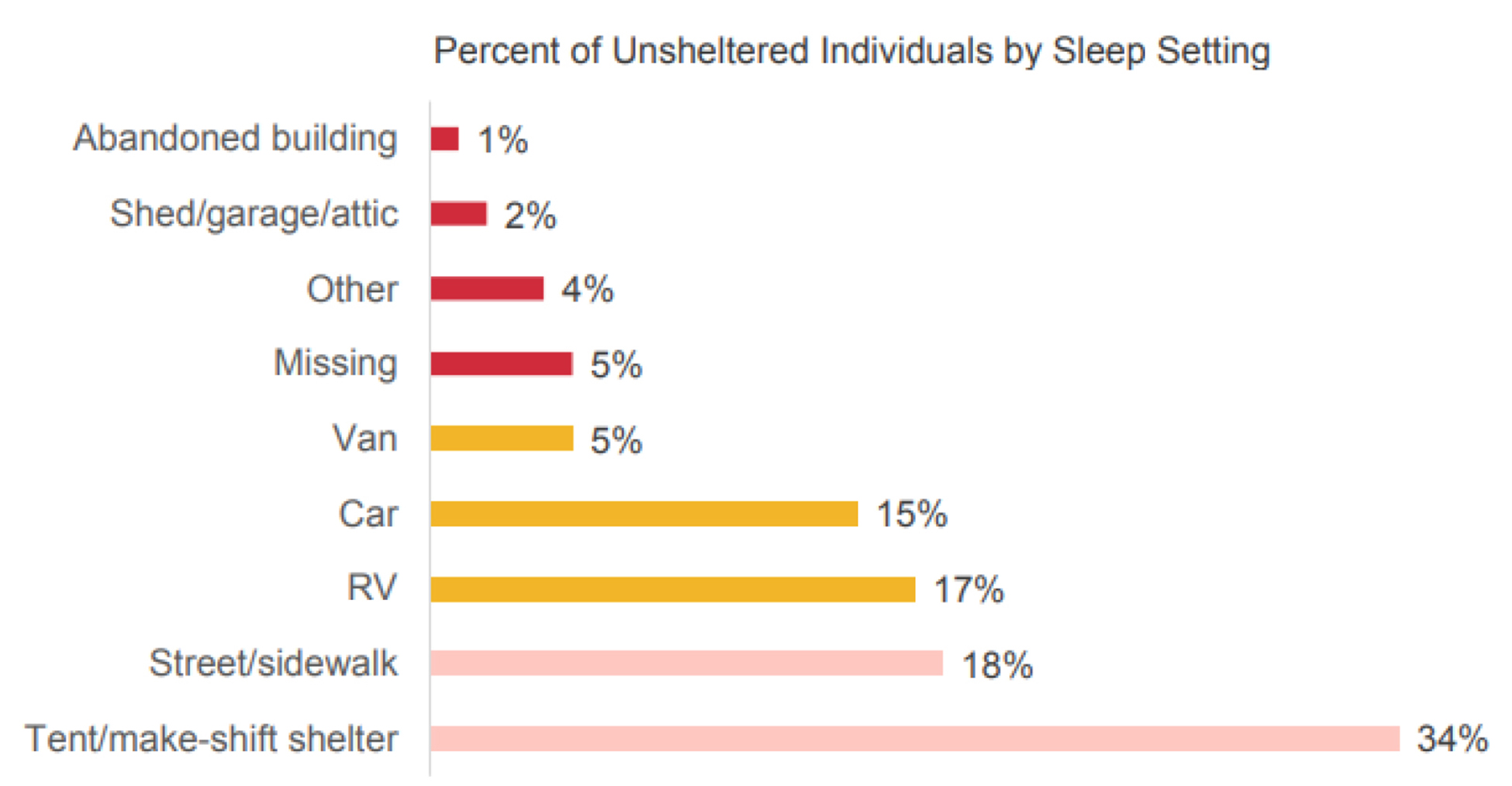 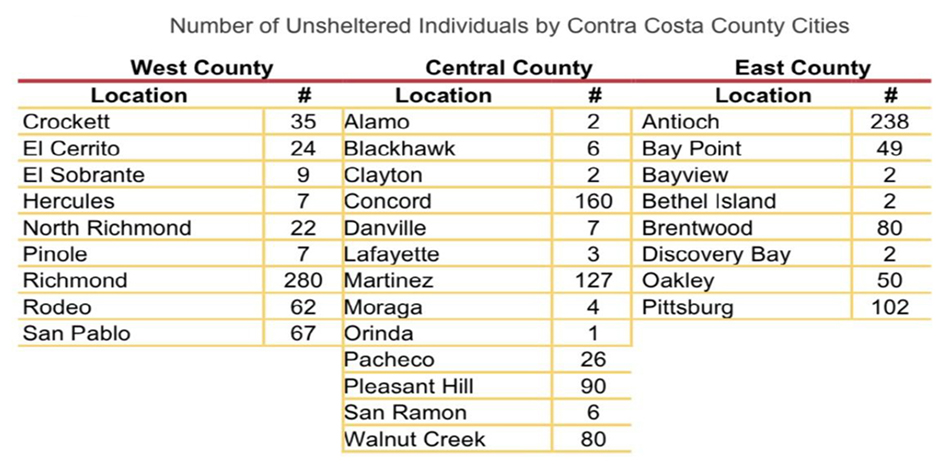 Many of the RVs seen in these encampments are in various states of disrepair—many are no longer mobile.  We see tarps attached extending the sheltered areas available for use.  Belongings are spread all around the RVs.

To be blunt, these are the very definition of an eyesore.  They are a visual blight on a community.  It doesn’t matter what the root cause of their existence is, no one—NO ONE—wants something like this parked in their neighborhood.

Since there is no electricity, running water, sewer hookups, or sanitary services, human waste is often a major health problem.  The volume of trash and garbage is another serious health issue. 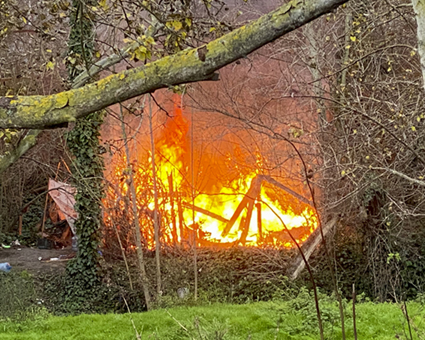 Fires are common and a danger to the entire community.

People in vulnerable settings are often preyed upon.  Break-ins, assaults, rapes, thefts, vandalism—all are common occurrences.  Sometimes the perpetrators are part of the encampments but sometimes they’re outsiders preying on the weak and indefensible.

The number of unsheltered persons with mental health issues is staggering.  Reports of persons running around naked yelling and screaming through the night are common.

Most people want to extend a helping hand when possible to provide shelter, food, training, safety, a pathway to a better life.

At the same time, though, there’s the argument about who should be responsible.  That is, is it the City of Richmond’s responsibility or should it be handled by the County or the State. 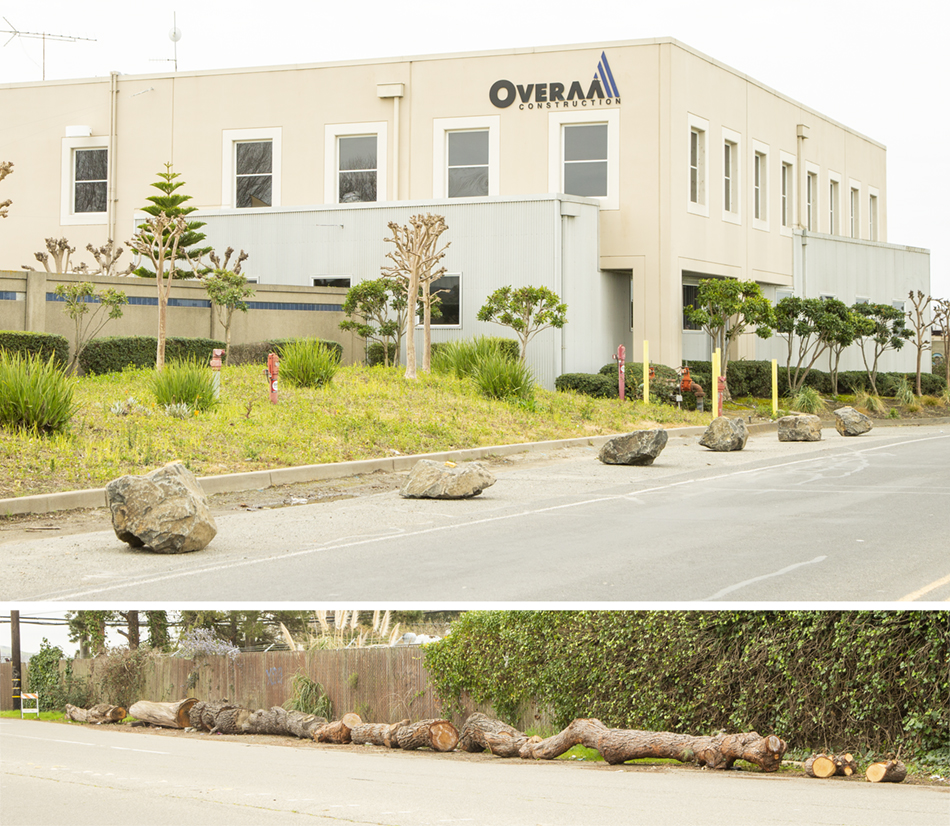 Some businesses feel the need to erect parking obstacles in front of their sites to prevent the homeless from erecting their tents or parking their RVs and cars. 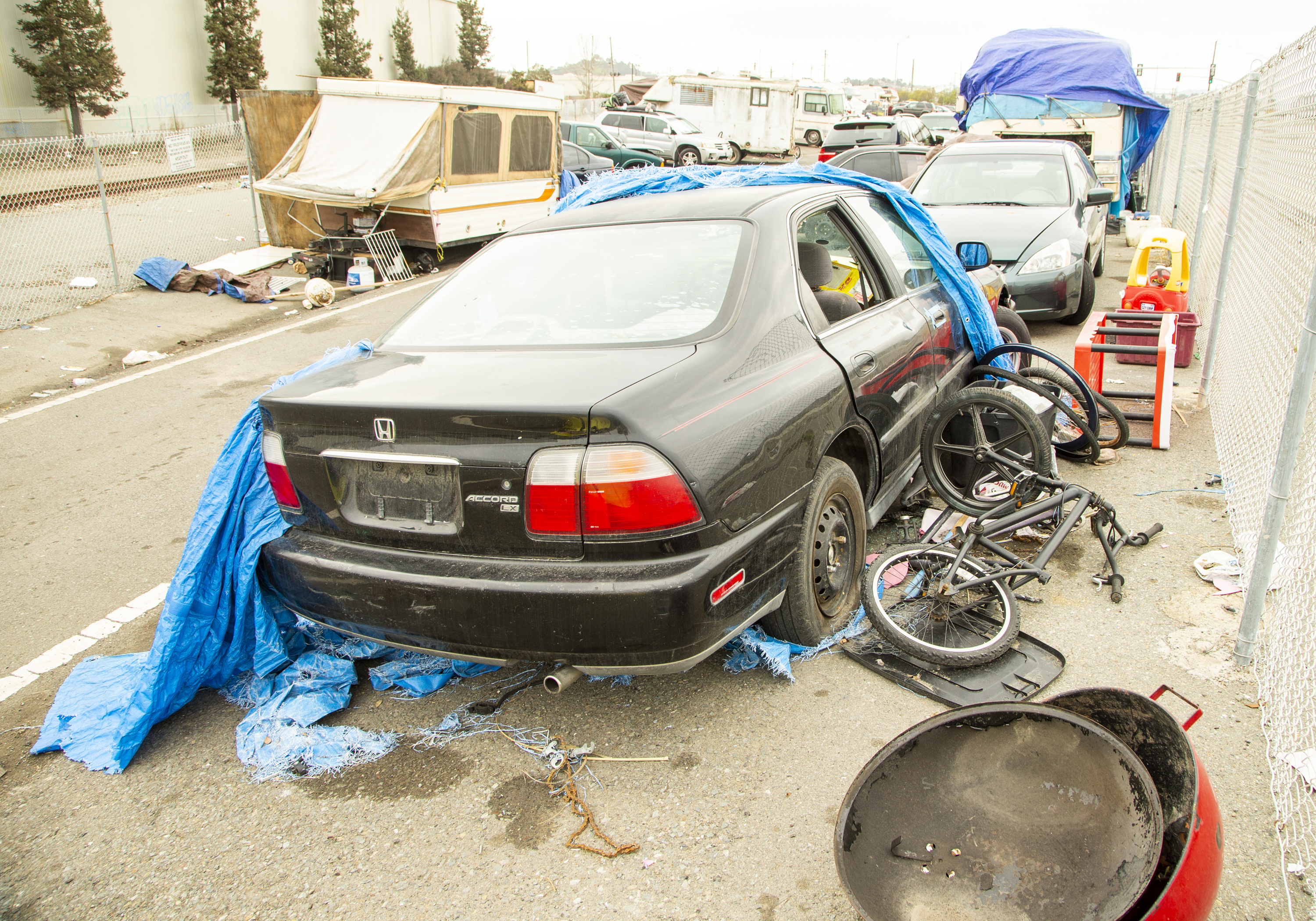 When a local community offers services and conditions that are better than surrounding communities, this is often an invitation for homeless outside of the area to relocate.  When Albany and Berkeley cleansed the western regions of their communities a few years ago (clearing the Berkeley Marina and the Albany Bulb), while it made things cleaner and safer for their communities, it did nothing to help the people being pushed out.  So where did they go?  Almost immediately Richmond saw a huge increase of homeless in the Caltrans areas near Central Avenue and along Rydin Road.

The Richmond City Council has approved plans to establish a Safe Parking Site using funds from outside of Richmond.  This will be a one year pilot program that will help to provide a cleaner, safer and more user friendly locale for residents living in RVs.

This has become a very controversial proposal with significant pushback.

Part 2 of this story will explain the details of this proposal and how one community is pushing back—HARD—to tell their elected leaders that this proposal—as approved—is unacceptable.