THIS ARTICLE STARTED BEFORE THE RICHMOND CITY COUNCIL REVISITED THEIR DECISION OF FEBRUARY 2nd TO SELECT A SITE FOR THE SAFE PARK PROGRAM.  IT CONCLUDES, HOWEVER, WITH THE DECISION MADE AT THEIR MEETING OF FEBRUARY 23rd. 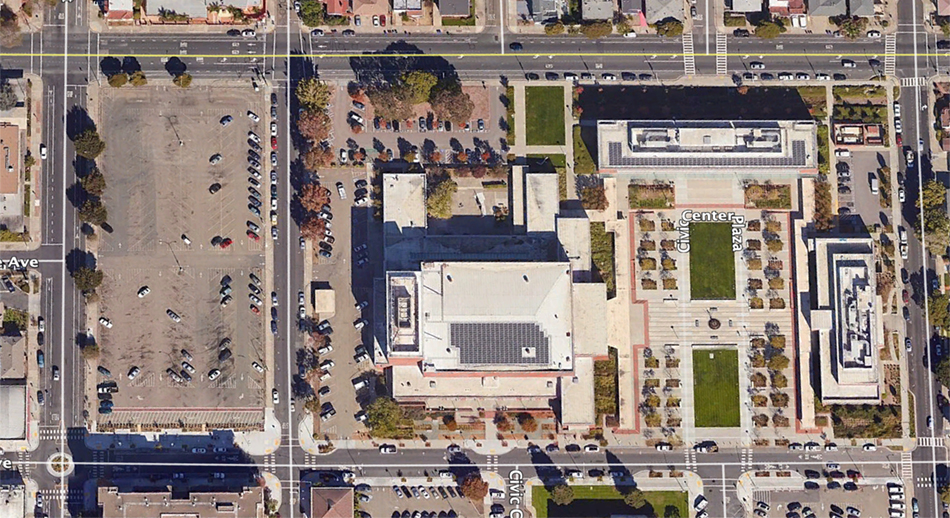 In Part 1 of this two part series, the homeless issue in Richmond was brought forward with an emphasis on the RV encampments at Rydin Road near Costco and at the corner of Hensley and Castro north of the Chevron refinery.

At both of these encampments, there is an array of recreational vehicles (RVs), automobiles and tents.  Many of the vehicles are non-operational with some even missing their wheels.  The belongings of the residents are often strewn about and garbage and human waste are serious visual and health concerns.

The mental health of many of the residents of these encampments makes it difficult for other encampment residents as well as local businesses and other neighbors.  The safety of their belongings and their own physical safety is at risk.

Virtually every community wrestles with what to do with the unhoused community within their own community.  Do you use the heavy hand of the law to evict these people and their belongings—pushing them into another community so they can deal with them?  Do you bend over backwards to provide them with land, services and amenities?  Do you provide them with food, sanitation services, showers and toilets?  Should there be a mix between the two extremes?  How much of the taxpayers’ resources should be devoted to this problem—funds that might otherwise be used for parks, libraries, pothole repairs, police and fire services?  Is it the responsibility of the City, the County, or the State?

These are just some of the questions that many communities ask themselves on a regular basis.

Even here in the liberal Bay Area the response to those questions vary wildly.  Richmond prides itself on being a progressive community and, more often than not, will take on the financial burden and go to extremes to accommodate the unsheltered community.

On February 2nd the Richmond City Council spent nearly two and a half hours discussing the Safe Park Project.

The short version explanation of this project is that, on the behalf of the people of Richmond, the Richmond City Council will help facilitate the selection of a site, accept outside funding, commit Richmond funding and contract with a group to manage a site where a limited number of RVs can park in a group.  The site would be paved and fenced off, sanitary facilities (showers) might be provided, refuse pickup would be available, electricity would be available, 24/7 security would be on site and professional management of the site and the services offered would be an integral part of the program.

In the initial proposal put before the public, there were also certain conditions required by the City.  In particular:

The Mayor and some members of the Council have pointed out that they can always change the conditions—especially those conditions restricting kids and pets.

The Safe Park program is slated to be a one year pilot program with the $300,000 in lieu funding ceasing after one year.  Funding for the project would come from two sources: 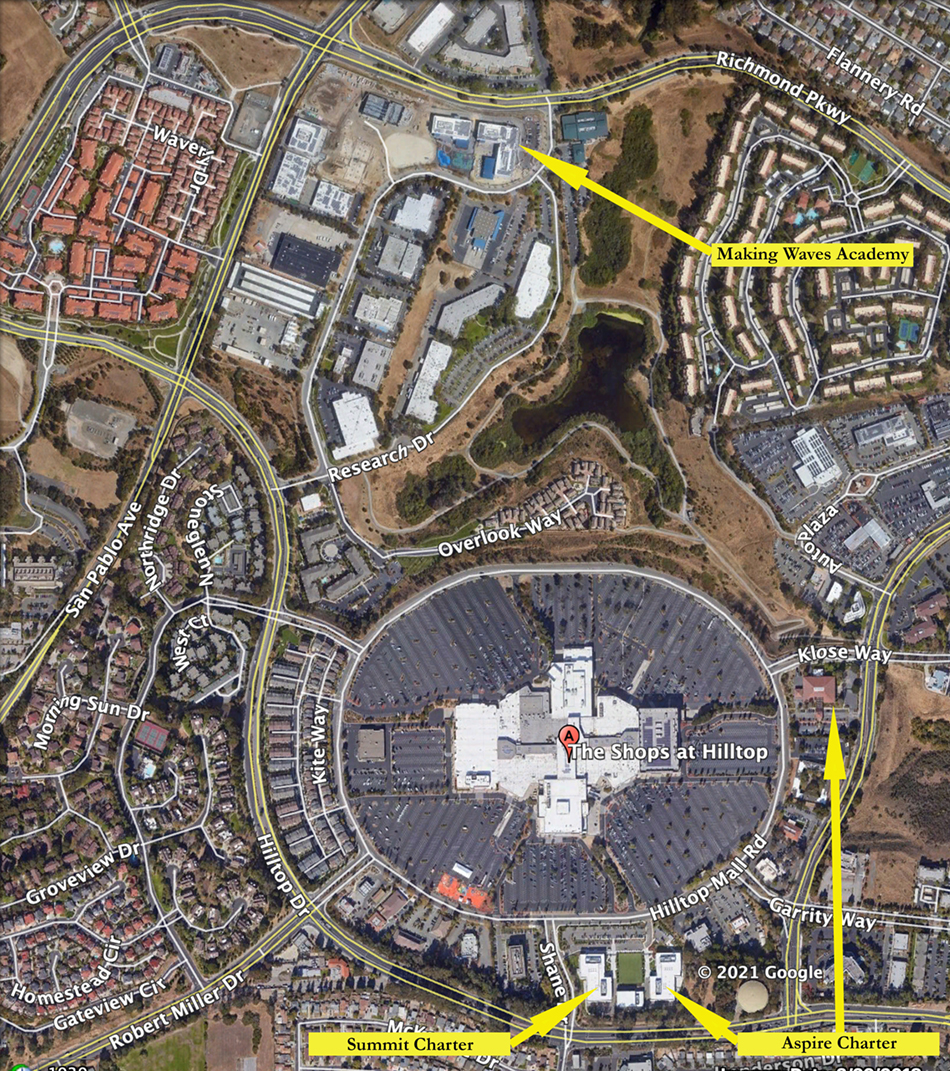 Aside from the funds used from the Affordable Housing fund, there would be no additional funds used from the General Fund.  [The total for these two comes to $560,000 for this one year pilot program but the budget (discussed below) is for $591,000—a $31,000 shortfall that has not yet been fully explained by City staff or the Council.]

Since the proposal presented by staff allowed for only 30 RVs to be a part of the program at one time, the cost to park each RV would come to $18,667 per RV.  As Mayor Butt pointed out on February 2nd, it might be less expensive to house the residents in apartments or motels.

“Based on best practices for safe parking program sites, the City’s budget, and the HEAP grant deadline, an ideal host site is paved with sufficient emergency vehicle ingress and egress, accessible to transit, accessible to services, and has existing fencing, lighting, water and/or electrical hookups. Based on need and feedback received by operators, an ideal site would accommodate approximately 30 total vehicles, including RVs and cars, and a temporary trailer or tent for on-site service providers.”

The City reviewed 35 different sites and ranked each one on a scale of 1-11 with the high score being most advantageous.  [See the link above for the full set of sites reviewed.]

“As part of a site’s analysis, Staff evaluated 35 sites recommended by City Councilmembers, Homeless Task Force members, City staff, and the public. The sites range in size from 14,000 square feet to 25 acres, some are improved and others vacant and unimproved sites, some are located in dense neighborhoods and in remote industrial areas. Of the 35 sites analyzed, 15 are City owned, or are listed on the surplus property list. Five sites are owned by other public agencies such as Caltrans, East Bay Regional Parks District or BART. The remaining fifteen sites are privately owned.”

One of the problems associated with sites that are not owned by the City is that the owners may require some sort of compensation for using their property (rent).  This might eat up a substantial part of the available funds.

As might be expected, most people don’t want homeless encampments in their neighborhoods.  Many of the residents have drug or alcohol issues, some may have mental health issues, there is often a lot of criminal activity associated with these encampments (does anyone believe that they purchase the shopping carts or bicycles that are found in abundance at these encampments?  A recent visit to the Rydin Road encampment found two Costco shopping carts and two flat Costco push carts near one vehicle.  One vehicle had dozens of bicycle parts on the top and the hood of the vehicle.)

When the people of the Hilltop area—Fairmede Hilltop, Hilltop Green, Hilltop Village and Hilltop District Neighborhood Councils—pushed back and initiated an online petition opposing the Hilltop parking lot as a preferred alternative for the program, Mayor Butt seemed to deride them for NIMBYism (Not In My Back Yard).  Considering the negative stigma associated with these encampments—with the associated trash, garbage, theft, drug and alcohol misuse, blight, residents with antisocial mental health issues and vandalism, should residents be ridiculed for not wanting this in their neighborhood?  Should residents be bullied because they want to protect their children, their property and their neighborhood?

The Hilltop community took serious offense to the Council’s plans to locate this program in their community without any communication with the people that live there.  The neighborhood councils representing these communities were very disappointed that they were not consulted by the City or members of the Council and many felt unrepresented when some members of the Council publicly spoke and wrote negatively about them for not wanting a Safe Ride encampment in their community.

A Change.org petition was put out for consideration and, as of this writing (10:30 PM on Tuesday the 23rd) the petition has 2,105 signatures.

The community expressed their concerns about having the homeless encampment so close to their communities.  Mayor Butt stated at the meeting that there wasn’t anything within 1,000 feet of where the encampment was planned but aerial maps suggest that distance to be an exaggeration.

Concerns have been expressed about the proximity to local schools:

The support for the GRIP option was in spite of the 9 page scathing letter from the County Health Services delineating the mismanagement of other services provided by GRIP that was disseminated the day before. At the time of this writing, the Council is discussing options for a location and a manager for the program.

After a motion to extend the meeting and a two hour and 52 minute discussion, the Council approved a motion to locate the Safe Park program at the City owned parking lot due west of the Auditorium and to contract with the Housing Consortium of East Bay to manage the program.  Councilmember McLaughlin added numerous riders to the motion that will have to be sorted out when she provides them in writing to the Clerk.

The full discussion, public comments and vote can be viewed here:  https://drive.google.com/file/d/1qLJU4LzS7HmsZNpKpz_Ntgm1ivz1P-wh/view?usp=sharing