TOPA (Tenants Opportunity to Purchase Act) was presented to the Richmond City Council in September by Councilmember Jael Myrick.  This has been one of many controversial issues that the Council frequently visits.

In politics, nothing is a done deal until it’s a done deal so the lobbying will continue until the votes have been tallied. 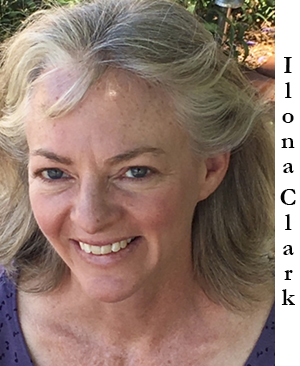 The past three Richmond City Council meetings have been packed with a growing number of frustrated residents voicing strong opposition to the proposed “Tenants Opportunity to Purchase Act” (TOPA). Each week, an ever larger crowd has gathered to show support for the anti-TOPA speakers by raising “STOP TOPA” placards high in the air and applauding in agreement. To date, over 75 speakers have pointed out this proposal does not provide benefits to any Richmond residents. Instead, TOPA will threaten tenant protections, devalue all property, dry up rental housing, and offer Richmond properties for sale at bargain-basement prices to outside interests. Not a single argument has been put forward in support of this ill-conceived proposal. As many speakers declared, just introducing this TOPA proposal has sent shockwaves of fear and uncertainty throughout Richmond. The only responsible thing for the council to do is take TOPA off the table now.

The full text of this proposal can be found on the city website or at www.stoptopa.org, the website created by an all-volunteer grassroots group that has quickly formed in an effort to save Richmond from the devastation that TOPA would bring. Every Richmond resident would be well served to read the full proposal to get a clear sense of what our council has been willing to push forward. Here are a few of the highlights:

Any tenant who would buy through the proposed TOPA regulations would be much worse off than if they avoided it all together. Through TOPA, the new owner would become responsible for a property that the city would control for 99 years. The new owner would bear the cost and burden of taxes, insurance and maintenance but would lose any benefits of homeownership since the city would limit appreciation, control the use of the property, and be able to set the future sale price. 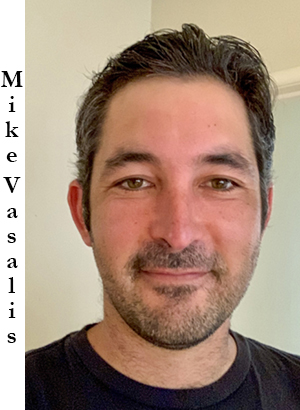 Homeowners will never be able to rent out their homes, or parts of their homes, without putting their property at risk under this draconian ordinance. Any potential sale of rented property in Richmond could be tied up indefinitely; sale price could be set by a “city-trained” appraiser; those not in compliance could be fined $1000/unit/day.

Under these circumstances, property values will plummet and no one will want to invest in existing housing or develop new housing in Richmond. Not a good way to deal with a housing shortage. Not a good way to take care of our city.

So why was this extremely harmful proposal even introduced? Is it because the proposal’s sponsor, Councilmember Jael Myrick, works for the law center that drafted it? At the October 22nd council meeting, Councilmember Myrick took an unusual step: He added himself to the speaker list in order to rebut the evening's 25 or so renters, homeowners and housing providers who had just voiced unequivocal opposition to TOPA. Councilmember Myrick’s rebuttal failed to address any of the many concerns that had just been raised. Rather he seemed determined to stay the course with this devastating proposal. Who does our Councilmember represent?

The East Bay Community Law Center, Councilmember Myrick’s employer, said this proposal is modeled after Washington DC’s TOPA. Yet DC’s TOPA has proven to be a failure for everyone except the lawyers. It resulted in an over $100 million dollar “resale of TOPA rights" industry to get maximum payouts from property owners, and it routinely delayed or killed property sales. After decades of corruption, with no appreciable benefit to first time homebuyers, the law was finally amended in 2018 to right some of the many wrongs with hopes this would increase DC’s diminished rental housing stock. Richmond does not need the added hardship of this failed policy that only benefits lawyers and outside interests at the expense of residents.

Councilmember Myrick said he wanted this passed by the end of this year. Councilmember Willis made it more extreme by adding that after tenants have right of first refusal, the city should get right of second refusal (at the city's chosen price tag). The City Council could have directed staff to study the issue and then given our community a chance to weigh in rather than recklessly offering up this harmful proposal. Instead, this item was added to the end of an agenda otherwise totally unrelated to housing, and it was the only item not in the consent calendar. This suggests its sponsors might have hoped to slide it through without anyone noticing. But people have noticed, and it is so bad that even just its consideration is causing damage: Local housing providers are listing their properties for sale; homeowners have decided not to rent out rooms or their homes; and even renters are speaking out against this destructive policy. Whatever our councilmembers were up to, their constituents are speaking loudly and clearly, and in ever greater numbers, that they want this proposal stopped now.

Meanwhile, Richmond residents have an opportunity not just to stop TOPA but to ensure our city develops a system to prevent these types of damaging policies from being proposed in the first place. For far too long, there has been no meaningful counterbalance to the strong pull of outside special interests and the invaluable input of the community has been bypassed. As a result, lawyers, lobbyists, unions, and developers (affordable and otherwise) have had an outsized voice in determining Richmond’s housing policies. While these groups can be an important part of the mix, it is disastrous for all Richmond residents when they are given too much power. For over a decade, housing has been on the forefront of issues affecting our city yet there is currently no Richmond housing commission or panel in place. To create policy that benefits the entire community, why not create a housing commission that is representative of our community? Let’s create a balanced commission of long-term resident renters, homeowners, and housing providers who can develop purposeful, research-based, balanced policy proposals on behalf of all Richmond residents; a body that is free from campaign funding conflicts-of-interest and single agenda perspectives; a body that will ensure oversight, evaluation and appropriate adjustments with a long-term vision that extends beyond the next election cycle. Together we can put Richmond on a course that works for Richmond. The time is now.