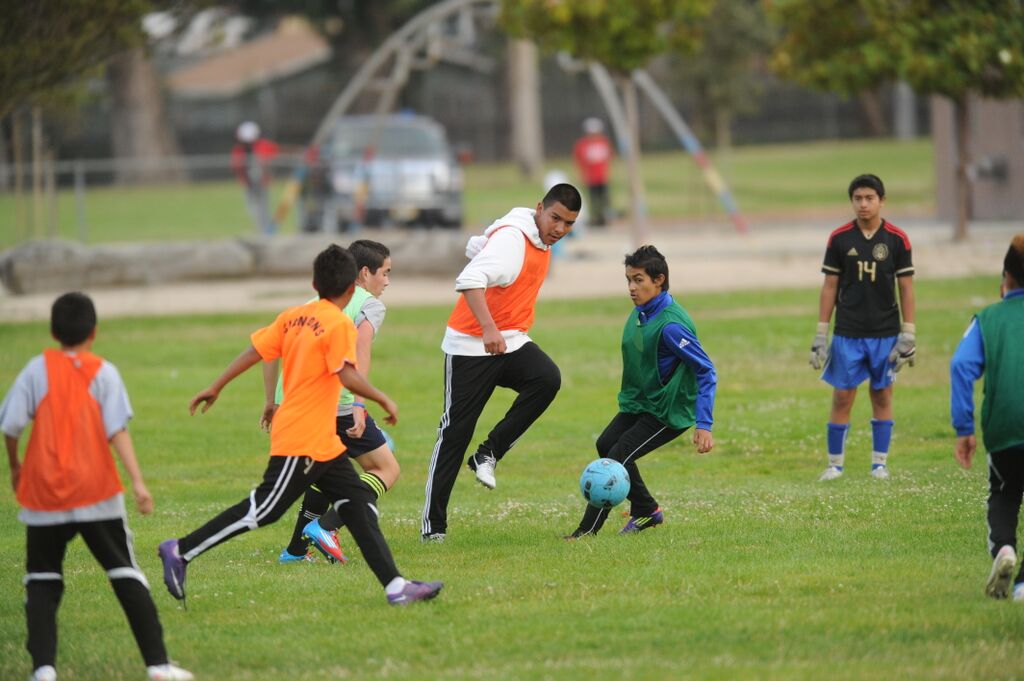 “How do we raise the graduation rate, and make school more engaging? How do we get neighborhoods to come together and stop fighting? How do we make people feel heard?” asks Joseph Jackson, Chair of the Richmond Youth Council. “That’s what we’re trying to figure out.”

In the year since the youth advisory body formed, Jackson and his fellow members of the Youth Council have worked to establish the legitimacy and ambitions of the organization. Heading into its second year, the Youth Council plans to take action and improve the lives of youth in a city where nearly 35 percent of the population is under 25.

“Our goal is to get youth more involved in their communities,” explains Akira Moton, a member of the youth council.

Born and raised in Richmond, Moton is currently a senior at El Cerrito High School, and she has seen the difference between students who are engaged in their communities and those who are not.

“The more programs there are for people, the more likely it is that they will keep out of trouble and make better futures for themselves,” Moton says.

One of Council’s first ambitions is to establish a broad internship program for students in Richmond to engage with local government.

“If students get a feel for what these jobs are like — like in the Planning Department, seeing how planners work day-to-day — then these careers will feel more real to them,” explains Jackson, who speaks quickly and passionately about his work, already taking on the reins as a community leader.

“So much of being a Richmond resident, especially a young one, is being told to wait for opportunity,” Jackson says. “We’re tired of that — what we want to do is let people do these things themselves.”

The Youth Council’s goal of enabling Richmond youth to embrace opportunity has a more ambitious target than creating internships in the city: lowering the voting age in Richmond to 16-years-old.

“We think that lowering the voting age to 16 will get people more engaged and interested in what’s happening in the city,” says Youth Councilmember Raul Garcia. “That’s what we’re really working on now, and we’re preparing to bring this before the City Council soon.”

In its first year, the Youth Council spent the bulk of its time establishing a charter, making connections with people in the city, and figuring out its priorities. Steps toward action are being made now that most of the kinks are worked out — and the $50,000 that the Youth Council received from the City for the 2015-16 fiscal year doesn't hurt either.

The move to give the Youth Council such a sum of money was criticized by Mayor Tom Butt when it was discussed during this year’s contentious budget negotiations, who pointed to other groups who are waiting to receive funds from the city.

Despite the criticism, Jackson is thankful for the opportunity that these funds allow. “With the monetary allowance that the City was gracious enough to provide us, we’ll be able to fund programs like the internships to help make a real impact on youth,” Jackson says.

All of this work connects to the Youth Council’s overarching goals of helping improve the scope of services available for the city’s youth.

“Something is always going to be broken,” Jackson explains. “Why can’t we as young people come together to fix it? I know we can.”

Time will tell if the ambitious Youth Council can affect the change they desire, but it’s clear that there’s no shortage of energy to get things done.

You can learn more about the Richmond Youth Council here.