The sun had popped up nearly an hour and a half before the first race of the day but when the gun when off to start the Boys Division 4 race at the CIF State Cross Country Championship it was still a chilly 48º.  More than 2,000 runners had gathered from across the state to compete in the California Interscholastic Federation’s state championship at Woodward Park in Fresno. 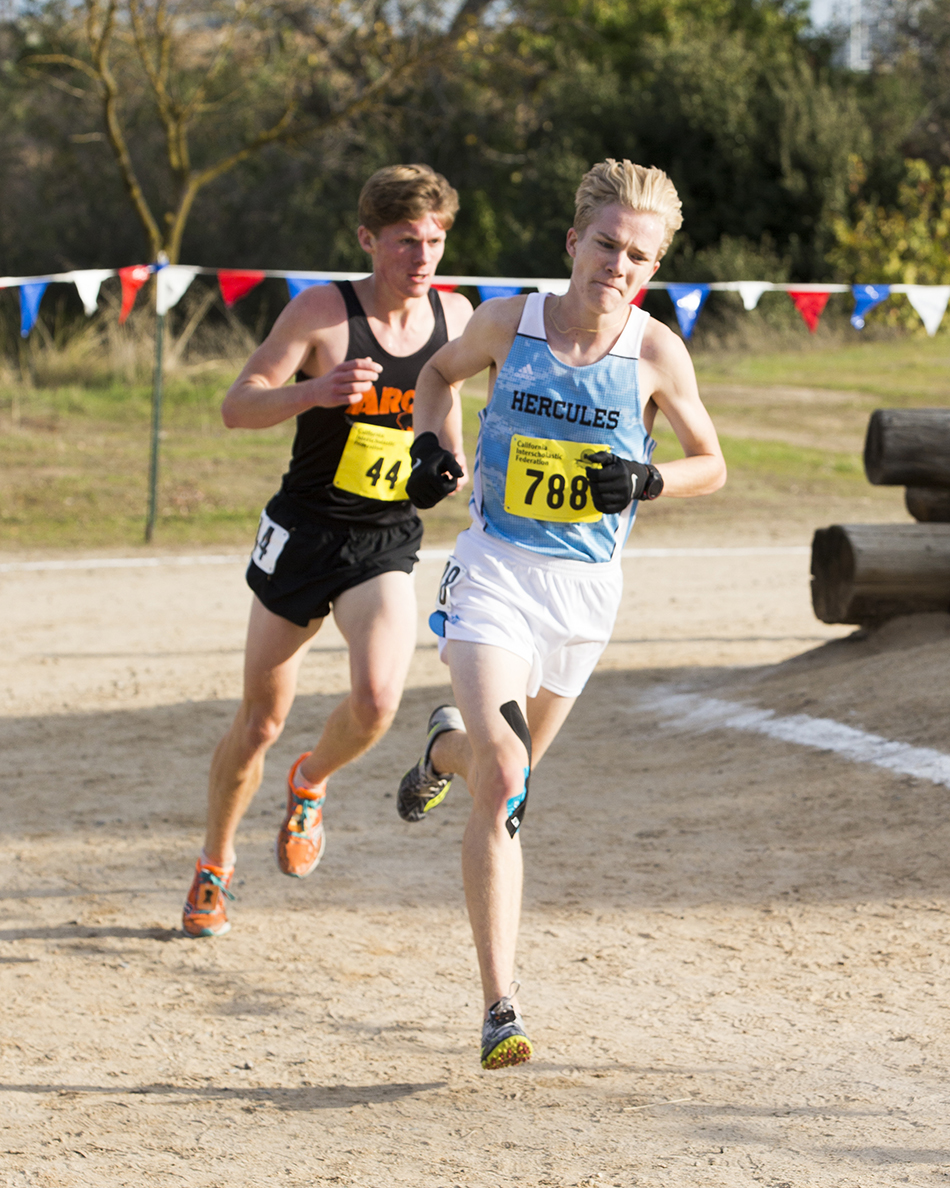 Along with the 191 other qualifiers from the ten sections of the CIF, Richmond’s Ryan Cutter, a senior at Hercules High, took off in the first race of the day.  As happens all too often in cross country races where large groups of runners quickly converge into a smaller pack, there’s some pushing, shoving and jostling and it’s not unusual for a runner to go down.  Such was the case in this first race of the day and the race was recalled for a restart.

“Competing at the state level the past three years has been a great experience but this past year has been more special than the rest.  This is the first year I have been actually competitive against runners across the state.  I was able to get my name known across California.  I get to spread a positive image of my school and receive more recognition for where I’m from.  In the previous years, I wouldn’t place high enough to be noticed but now I finished as an all-state runner and people see Hercules.”

Those trailing the front pack didn’t have a clue who was in front of them but for the half dozen runners making up the front of the pack, they all knew the guy in the light blue uniform representing the WCCUSD.  Nearing the first mile in this 5 km race (3.1 miles), Ryan was right in the thick of the tightly bunched pack.

With 1000 meters to go, Ryan saw the fourth place runner just 7 meters ahead.  As they approached the finish line with thousands of fans cheering them on, Ryan put in a last minute surge to overtake Junipero Serra’s Anthony Grover to snatch a fourth place ALL California title by 2/10’s of a second (15.39.9 to 15.40.1).

Ryan admitted afterwards that “It was the hardest I think I’ve ever run.”

“This year was different because of my mindset.  As a senior, every meet was my last chance.  With that mentality, I ran every race without holding back and it all paid off.  It notched me two wins in the early season and gave me the confidence to perform as well as I have in the postseason.

Placing fourth really just highlights how hard work can get you.  I finished 106 and 74 in my previous state meets so that improvement shows why it’s always good to keep at it and work as hard as possible.  I couldn’t be happier with my performance…besides if I had gotten a higher place.” 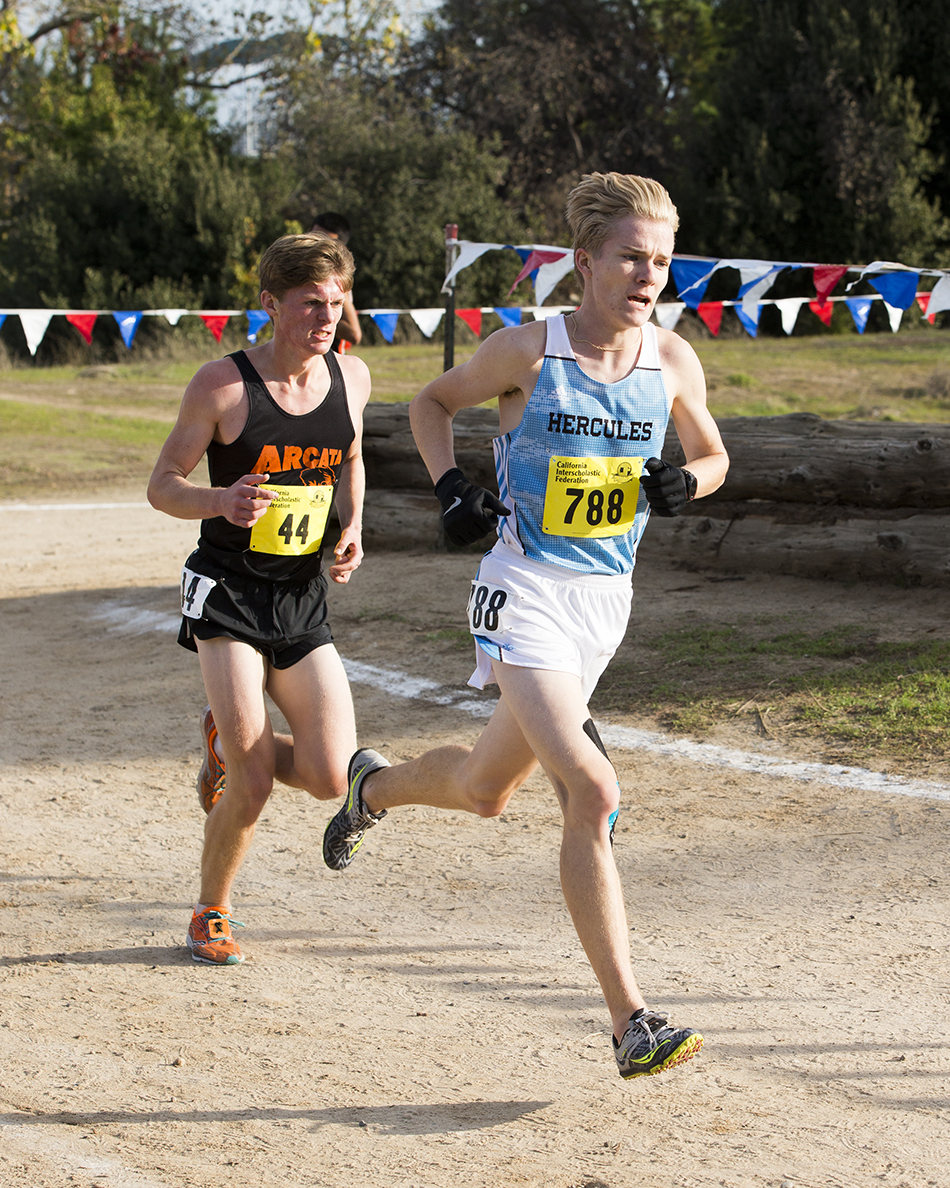 Many high schools championship competitions are split into divisions determined by the sport and the population of the school.  The CIF allows each of the 10 Sections to set their won standards.  For cross country, the North Coast Section has determined the following: