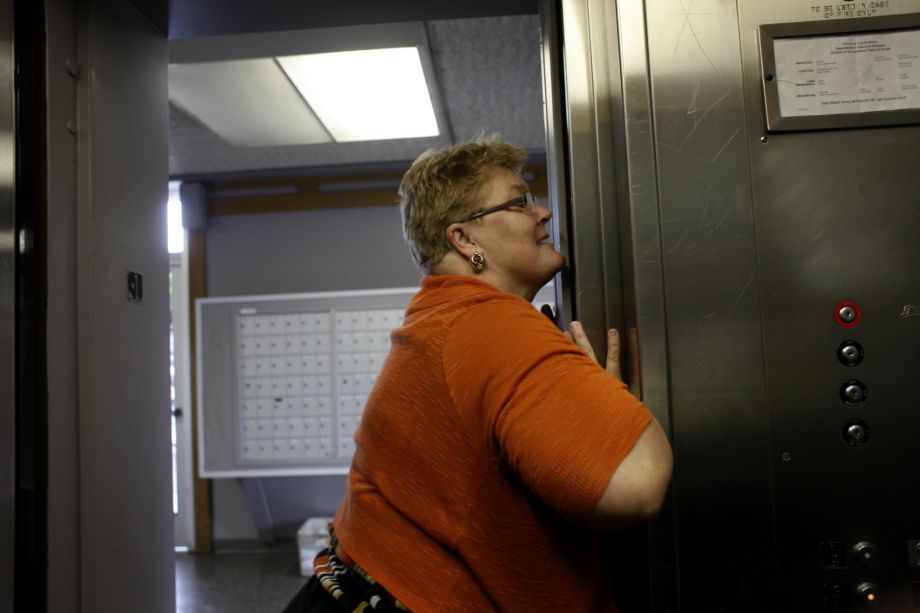 A government probe into allegations of nepotism and fraud at the Richmond Housing Authority has expanded, with local police now joined by a team of FBI agents, federal housing investigators and county prosecutors.

Capt. Mark Gagan of the Richmond Police Department said the focus of their investigation is Debra Holter, the agency’s asset specialist, who heads the maintenance department for the city’s dilapidated public housing.

“They’re looking into how the Housing Authority approved contracts and the accounting of assets and resources at the Hacienda housing complex,” Gagan said.

Last year, the Center for Investigative Reporting revealed squalid conditions for the more than 100 seniors and disabled residents of the Hacienda housing complex on Roosevelt Avenue near downtown Richmond. For years, residents complained that their struggles with mice, mold and plumbing leaks were ignored by the housing agency.

A subsequent story found that Holter had steered almost $80,000 of emergency maintenance contracts to a vendor, some of it for work her husband ended up doing. More than a quarter of the new stoves and refrigerators bought by the agency also had disappeared under her watch.

The Richmond Police Department opened a criminal investigation into Holter in July, which the Contra Costa County district attorney’s office has joined. In addition, Gagan said, two investigators from the U.S. Department of Housing and Urban Development, which oversees the housing agency, are tracking how federal money was spent and whether procurement rules were broken. The FBI, he said, is assisting the other agencies.

Gagan declined to say whether the expansion means Holter’s superiors and colleagues also could become targets for investigation. The district attorney’s office and FBI did not respond to calls for comment.

Holter, who made nearly $80,000 in 2013, organized work orders for jobs later completed by her husband. She said all the work qualified as an emergency, which allows normal bidding rules to be bypassed and increases the amount of money paid to contractors.

More than $340,000 in agency maintenance contracts were awarded over two years to Strongbuilt Construction Co. The Center for Investigative Reporting found that Holter herself steered more than $78,000 in contracts to Strongbuilt with no outside bidding.

Although the work orders indicated the jobs went to Strongbuilt, residents said it was Holter’s husband, Sidney, who showed up and completed the work. Sidney Holter is not licensed to do contracting work and previously told the Center for Investigative Reporting that he worked as an unpaid volunteer. Strongbuilt’s owner said the two had never met.

After the Center for Investigative Reporting revealed that Sidney Holter was doing work for the Housing Authority, Debra Holter was placed on paid administrative leave.

In an e-mail, Debra Holter said she wanted to respond to questions but was not allowed to speak to the media during the investigation. Her husband hung up after answering a phone call seeking comment.

In December, the Center for Investigative Reporting revealed that more than $53,000 in appliances intended for Richmond Housing Authority properties had vanished on Debra Holter’s watch. In all, 167 of the 598 stoves and refrigerators purchased for residents had gone missing in the previous eight years.

Holter was in charge of the inventory and filled out the paperwork. In some cases, she said residents were getting new appliances to replace their aging stoves and fridges. Years later, the old appliances remained while the new ones were missing.

Holter had a personal history of appliance sales. In 1998, just after she joined the Housing Authority, Contra Costa County building inspectors found that she and her husband were illegally selling stoves and refrigerators from their garage and backyard. Those appliances, however, never were traced back to the Housing Authority.

This story was produced by Reveal, from the Center for Investigative Reporting, an independent, nonprofit newsroom in the Bay Area. For more, go to RevealNews.org.