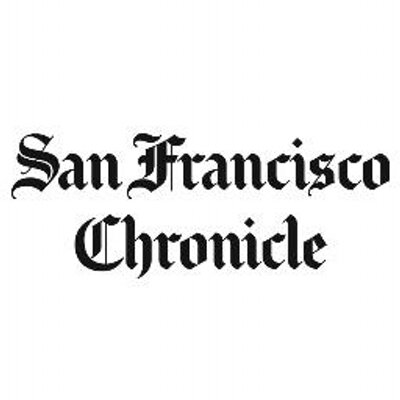 It began with a dream. Not just a vision of the future — although that comes into the story, too — but an actual dream that Gemikia Henderson, a young filmmaker from Richmond, had one night after George Zimmerman was acquitted in the shooting of Trayvon Martin.

“I remember waking up and feeling like something needs to be said,” she says. “And then a lot of other artists started making statements on the subject, and I thought, what artist in Richmond will do something? Who is going to represent this community?”

Encouraged by her fellow artists in the media, arts and culture department at Richmond’s Ryse Youth Center, Henderson answered her own question, creating a five-minute video titled “Street Literature” (2013), which in turn gave rise to a second short film, “Change Gon’ Come,” released in December 2014. If “Street Literature” was a more direct assessment of the Trayvon Martin case and the shooting of Oscar Grant, “Change Gon’ Come” takes a broader look at the consequences of violence on a younger generation.

“I see a lot of younger kids doing things they shouldn’t be doing,” she says. “They should be having fun and be kids, but they’re out there wanting to be like adults they see. When I was younger, I looked up to adults, and now that I’m an adult, I have to know that somebody is looking at me whether I think they are or not.” 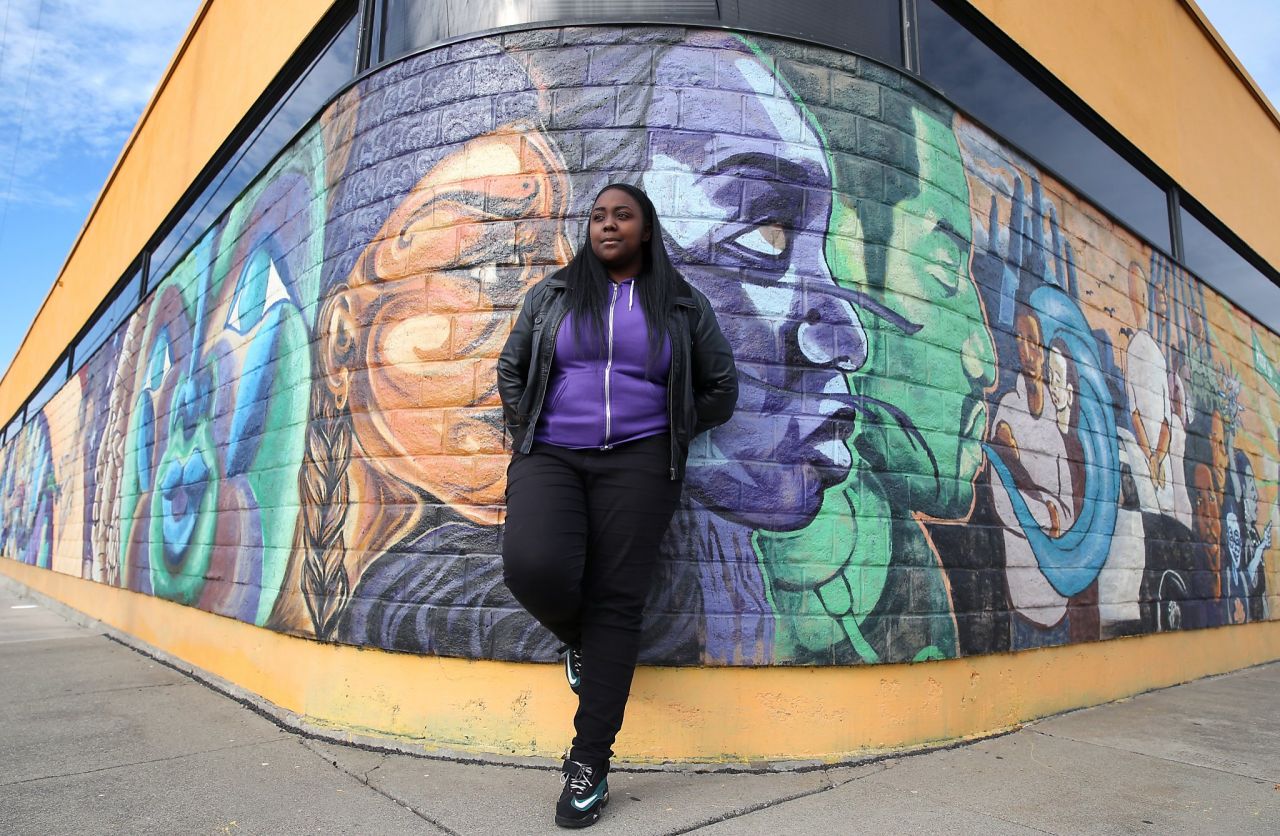 It was a collaborative process, she recalls. Sinking into the dark couches in the cozy room they call “the den,” Henderson and her director of photography, 21-year-old Manuel “Chito” Floriano, explain how they created the dreamlike look for her films.

“It just takes one person who believes in something to bring it to the table,” says Floriano.

And that’s the way that many projects that come out of the arts program at Ryse happen. Once an idea is out there, a musician will be inspired to come up with beats for the tracks, actors help flesh out the story. Floriano himself worked with the youth justice program at Ryse to make “Free at Last,” a film to help inform young people about their right as a minor to have criminal records sealed.

“I did it because I know what will draw young people into watching it. It’s not some lawyer in front of a camera,” he says. “It’s like a PSA, but it’s a visual poem too.”

In fact, the Richmond Artists With Talent, or RAW Talent, program in the arts department is just one component of Ryse’s integrated model of reaching out to young people. Since its founding in 2008, Ryse (though the organization uses all caps for the name, it’s not an acronym) has served 2,500 youths from ages 13 to 21, says Executive Director Kimberly Aceves. Housed in a low-slung former county building that’s been painted in bright murals, resources at Ryse center on five key areas that are deeply intertwined: health and wellness; education; social justice; youth organizing; and media, arts and culture.

“We were very intentional when we started Ryse that it would be driven by young people,” she says. “The young people here recruit for their space and center. When we opened, we explicitly asked them what they needed and wanted. We thought they would want information on education and careers, but they said they were interested in two things: mental health support and media arts. When a friend gets killed, they needed places to go just to grieve and to talk.”

The model has proved so successful that Ryse has become not just a safe space for young people to dream and hone their skills as social critics of the world around them, the center is also the go-to for the larger community on any issues that involve the youth of Richmond. 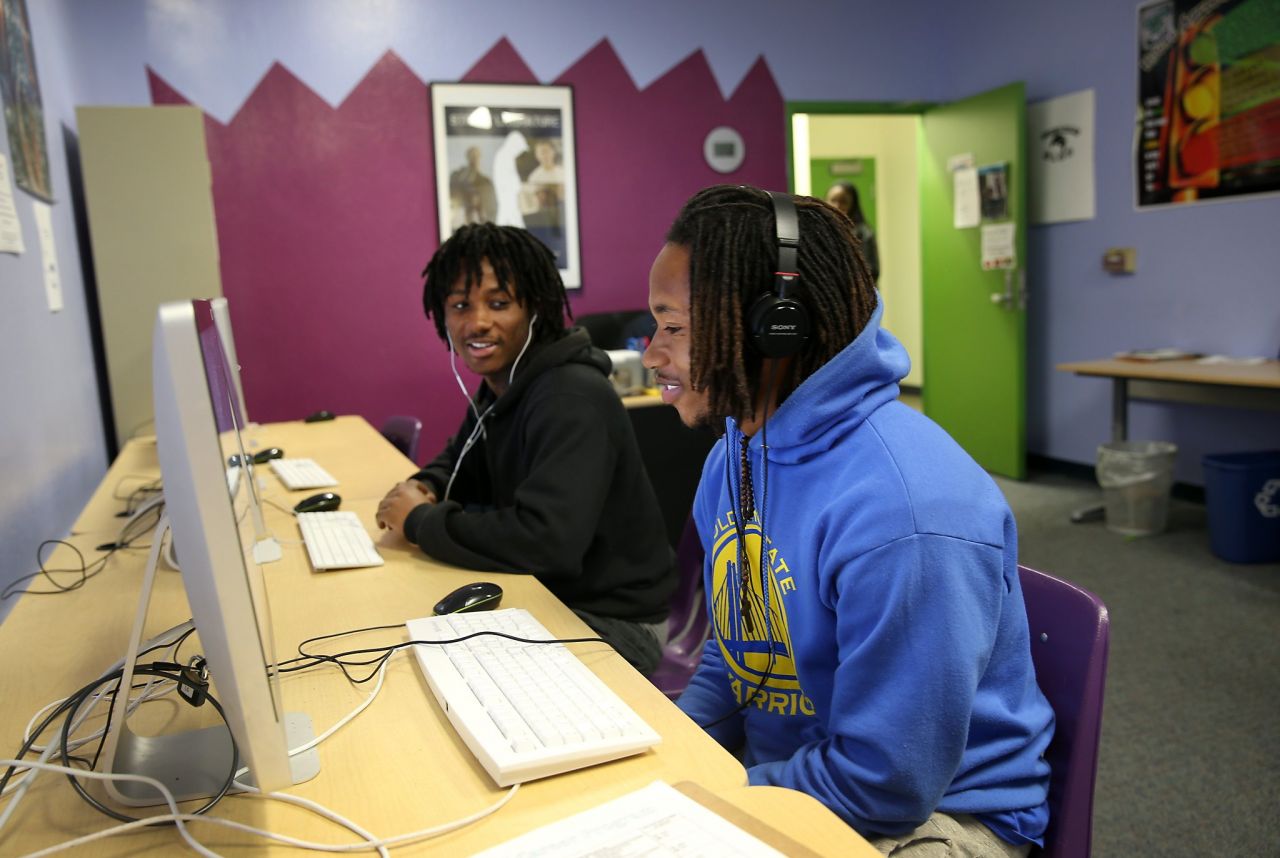 Last December, Richmond Police Chief Chris Magnus received widespread publicity when he joined the young people just outside the center’s doors in a peaceful demonstration in the wake of the killing of Michael Brown in Ferguson, Mo. Magnus held up a sign that read “#BlackLivesMatter.”

“Yes, he was holding the sign we gave him, but he came to us because he knows the role we play in this community,” says Aceves, who notes that it was not a few minutes of photo op — Magnus stayed for nearly five hours with the teens. “Our young people are both injured by and need police support, so we have to walk a fine line. I believe he did that because so many of our young people have showed their leadership in a way that the police chief could feel safe enough — that we’re willing to have our conversations in respectful ways.”

Programs at Ryse are, like the lives of the youths — Ryse calls them members — both simple in their fluidity and complex in relationships. A member might wander into the center because a friend told him that he could play Xbox games, and become interested in learning how to lay down beats using the digital music studio, then wind up helping on a track for a music video about social justice. And the general practice is to teach others by doing.

“Manny takes out a camera and starts filming, and kids see it and ask what he’s doing,” says Henderson. “That’s how we teach. It’s hands-on and members see us as mentors. They might hang with us and talk about personal life in general and that gives us an opportunity to say, 'You know what you can do with all that anger that you’ve got? This is a positive outlet for it.’”

In project rooms and labs, members can use the banks of computers to make beats and compose music, edit videos, create posters. An art room — converted from a bathroom — is where they screen-print T-shirts and hoodies or stencil artwork. There’s a mini recording studio where bands can get together and either practice or record themselves. And arts take up just one hallway in a building that also has rooms for college and career research, counseling rooms, classrooms for workshops, and spaces for the members to simply hang out.

“A lot come in looking for a place to chill that’s peaceful,” says Donté Clark, 24, an actor and musician. “This is a place to kick it with your friends. But we can also check in on them, maybe ask them questions. Like what music do you like? Why do you feel that way?”

And opening up tough conversations is clearly something these young artists take seriously.

“Some have a social consciousness about what’s going on in the world that they want to talk about, and a lot don’t necessarily think about the bigger social context, but more of a personal one,” says Deandre Evans, 21, an emcee and composer. “What we do is to show them how what is going on for them personally is connected to what’s happening socially.

“They just need someone to push them to express what’s going on in their lives,” says Evans. “A lot of us don’t live in an environment that encourages you to speak your mind or believe that you have something worth sharing with people. In our society, what’s showcased is the idea that you’ve got to do things for yourself, you’ve got to forget other people and leave — do what you can to survive. I believe we have to be the example and show that at the end of the day, we aren’t just doing this for us, we’re doing it for the people.”


Reposted from the San Francisco Chronicle.