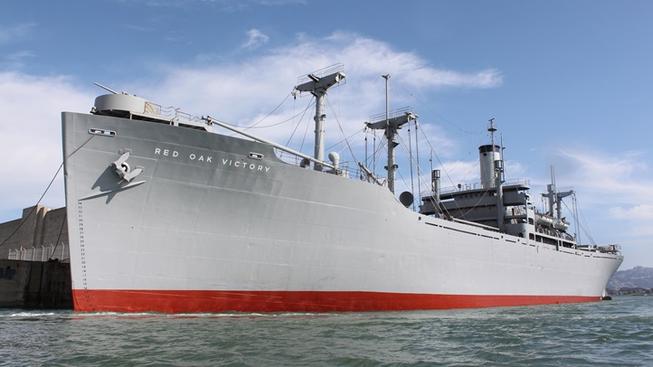 Di Chiara served on the Red Oak Victory from 1944 to 1946, and he was the first seaman to board the ship for its maiden voyage. “It was so empty… I could pick whatever bunk I wanted,” Di Chiara recalled. The boat wasn’t empty for long. Loaded with crew members and 4,000 tons of ammunition, Di Chiara and his fellow marines departed west towards Japan on November 9, 1944. 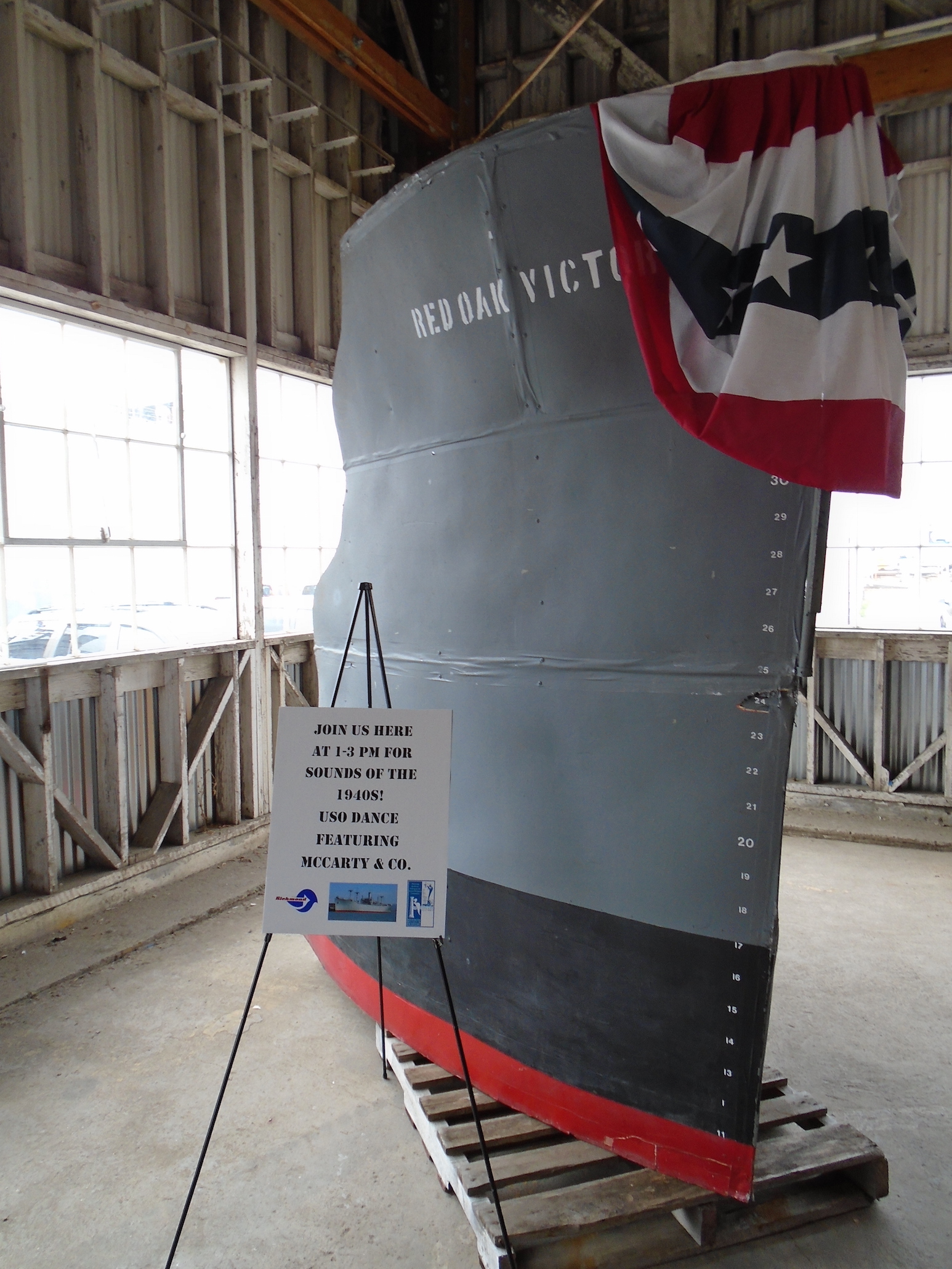 Life on the boat wasn’t easy. Fearful of a vicious officer, Di Chiara spent his first three months hiding out in the kitchen washing dishes. In his off time he scrubbed the deck or assisted the navigators. “I thought that as long as people can see me, and as long as I keep working, I can stay away from the officer,” Di Chiara joked.

The speech was as funny as it was emotional. During a long pause in his speech, Di Chiara explained his rush of emotions. “I never thought I would have the opportunity to do this,” he said. It was difficult for Di Chiara to continue at times, but his pride and admiration of the Red Oak Victory was present in each story he told.

“The most worthy of all boats was the Red Oak Victory,” Di Chiara said. “Other ships carried fruits and veggies, and we were carrying 4,000 tons of ammunition. We were the most dangerous ship in the US Navy fleet.”

At one point, the Red Oak veteran described the ship’s near demise. “Eventually, we met up with another ammunition ship to exchange supplies. We were sitting out in the ocean and the wind was so strong that we could hardly steer straight. We had to do a circular formation to get next to each other and anchor. But we couldn’t get around each other. The wind was pushing us up, and we had to push more and more power to be faster and make the curve. No matter what we did it wasn’t working.” 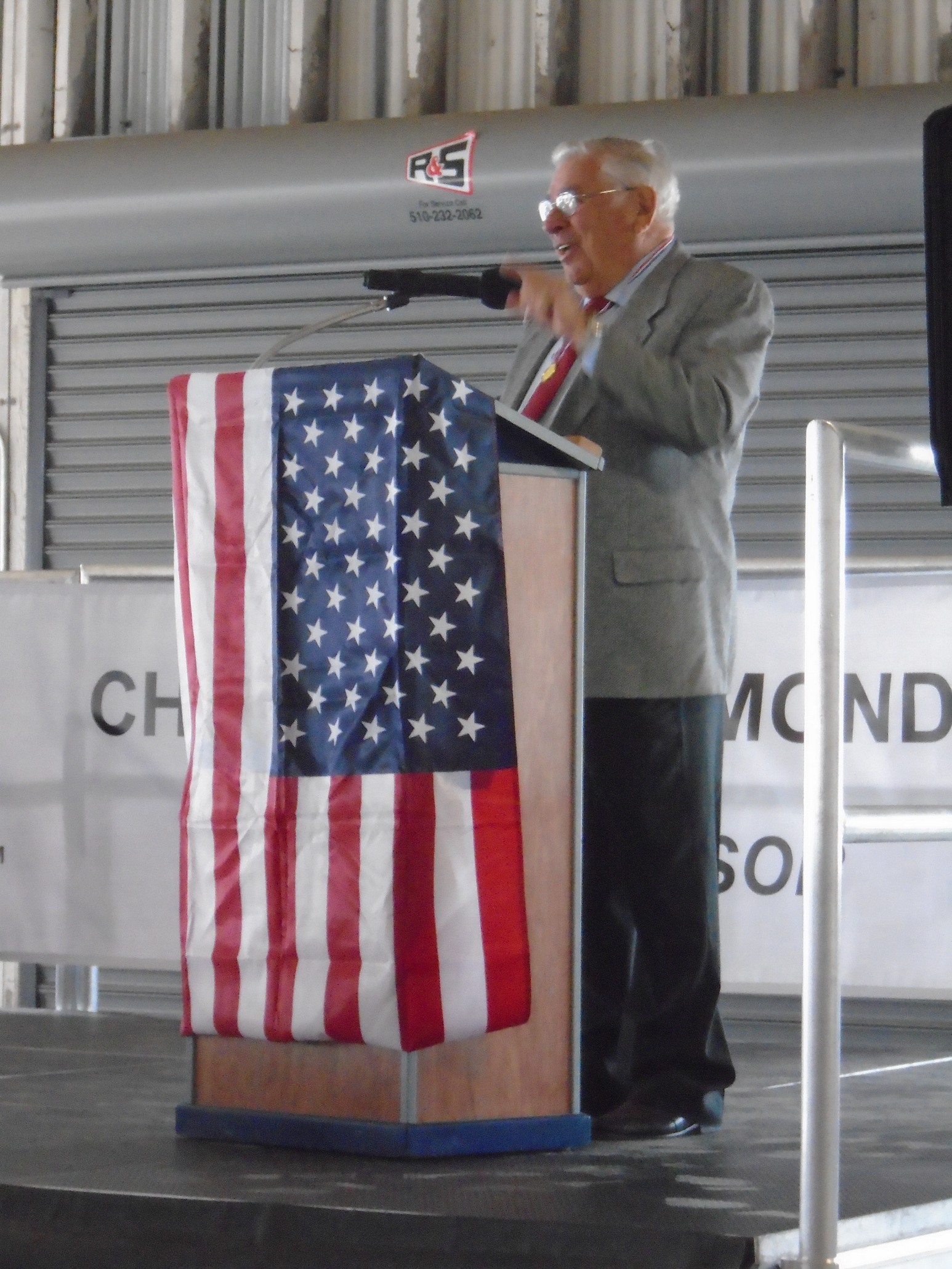 “We were at the point of no return. We were going to crash, and we were going to be vaporized in an explosion of 8,000 tons of ammunition. At that point, it would have been the biggest explosion the world had ever seen. The captain yells ‘Full speed ahead!’ and we go, and go, and we turn just in time. Now we’re doing 12 or 13 knots and we just scrape into the ship. The life boats crumbled like tissue paper, but we didn’t explode.”

“If the captain had waited 5 more seconds before the demand, I wouldn’t be standing here, and that boat wouldn’t be out there. And for that near miss, he was not a very good captain,” Di Chiara finished with a laugh.

The veteran wiped tears from his eyes while finishing the story. Di Chiara was met with a standing ovation, and strength gathered in his voice as he said his closing remarks. “Take care of each other, spread the love around, and don’t sweat the small stuff. God bless America.”