Stephanie Hernández-Jarvis ~ In Her Own Words 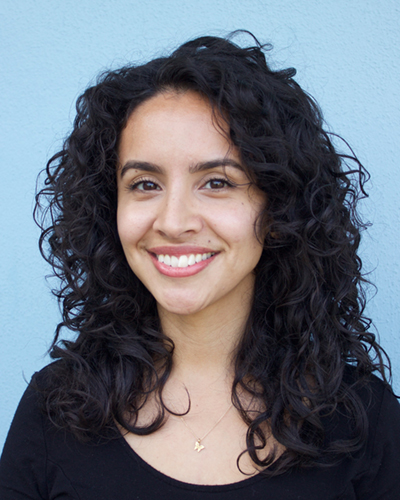 Stephanie Hernández-Jarvis is a public school teacher running for Board of Education in the West Contra Costa Unified School District. Stephanie teaches Dual Language Immersion (DLI) Kindergarten as part of a program that focuses on nurturing students’ language development in Spanish and English. Stephanie was the first DLI teacher leading the implementation of the DLI program at her school site five years ago. This past summer, Stephanie also worked as an English Language Development (ELD) Coach at multiple elementary schools in the district, and had the opportunity to work closely with many teachers and students in our community.

With the support of her family, Stephanie and her husband, Ben, moved to Berkeley in 2014, and Stephanie began her journey as a teacher in WCCUSD. Soon, they moved again, and found their way to Rheem Avenue and 36thStreet in Richmond. A year later, a very pregnant Stephanie and Ben made another move to Pinole, this time to a place to call their own, and filled their home with a newborn child. As a mother, Stephanie reflected on the importance of early childhood education programs, and looked back on her own experiences as a child learning to navigate school systems.

Stephanie’s journey in education began in a whole other country. At the age of eight, her mother decided to seek a better education for Stephanie, and decided to enroll her in a public school across the city. Having no car and limited resources, her mother would ride the bus with Stephanie and her little sister daily to take her to school. It was a long commute, but Stephanie’s mother was determined to provide a better life for her children through the transformational power of a high-quality education. Two years later, Stephanie’s parents decided to leave their hometown in Mexico, and made their way north with Stephanie and her sister.

Stephanie immigrated to the United States at the age of ten, and grew up in California with dreams of going to college. She earned her Associate’s Degree in Liberal Studies from Santa Barbara City College, her Bachelor’s Degree in Chicana and Chicano Studies from UC Santa Barbara, and her Master’s Degree in Urban Education with an emphasis on Policy and Administration from Loyola Marymount University.

Before becoming a teacher, Stephanie held multiple professional positions in education. Stephanie worked as an instructor at the non-profit Girls, Inc. of Greater Santa Barbara, as a lab teaching assistant at Santa Barbara City College Adult Education, as an instructional assistant at Goleta Union School District and Santa Barbara Unified School District. She also worked as an Able Academics tutor, closely working with children who were significantly behind in school, and as a supported living services attendant at the non-profit Devereux Foundation. Juggling all of these jobs, plus also working as a waitress at a local restaurant in Goleta, Stephanie was determined to complete her studies and pursue the lifelong dream of becoming a teacher. Stephanie is determined to use her experience and education to serve the children and families of West Contra Costa. Stephanie values educational equity and believes that we can work together to transform the educational opportunities and experiences of all our students.

Editor’s Note:  Stephanie can be seen on these two YouTube videos of recent forums.  In one forum Stephanie was asked about her support of PLA’s (Project Labor Agreements).  All three candidates who responded in the negative admitted that they did not know what a PLA was.  Once informed of what a PLA is, all three amended their responses.  Please understand that all three candidates that initially responded in the negative support Project Labor Agreements.