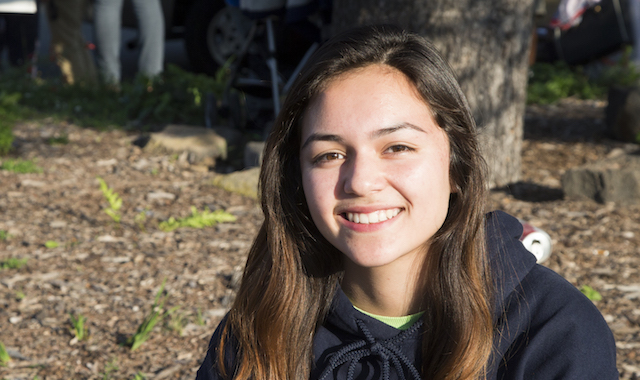 Radio Free Richmond has solicited the viewpoints of students, teachers, administrators and community activists to give a broad perspective on whether the Richmond City Council should negotiate with Chevron to amend the language in the Community Investment Agreement that created and funds The Richmond Promise scholarship program. Throughout the week RFR will post brief commentaries on this important issue.

My family and I moved to the U.S. from Mexico seeking the American Dream. Since we were (and still are) low-income immigrants, we moved to the most affordable housing we could find nearby. Thus, we moved to Richmond. Here, my family and I have had trouble settling in due to the violence in the community. Our van has been stolen and shot at; we still have a bullet-hole in the hood that now serves as a constant reminder that we aren’t safe.

Nevertheless, we have found many opportunities living here, for which we are grateful. I took it upon myself to express this gratitude by directing and implementing two meaningful community projects in Richmond. The first was Citywide Pride, a beautification project meant to promote pride in our community and debunk negative stereotypes.

The next had a similar objective but with different methodology: RichWhat was a talent show meant to promote positivity. I worked with the ESC of Richmond for both events. I have contributed vastly to the community and hope to continue to do so.

In school, I have served both as a leader and a scholar. I have a 4.24 GPA and will pursue a higher education. My career plan is to be a software engineer. Despite obstacles, I have worked hard and remained determined to reach that goal. However, that does not mean that the obstacles have gone away.

My family continues to struggle financially and will most likely not be able to fully fund my education. I hope the City Council agrees to include charter schools in the Richmond Promise, because we, too, are Richmond residents with dreams/challenges and we deserve equal opportunities. 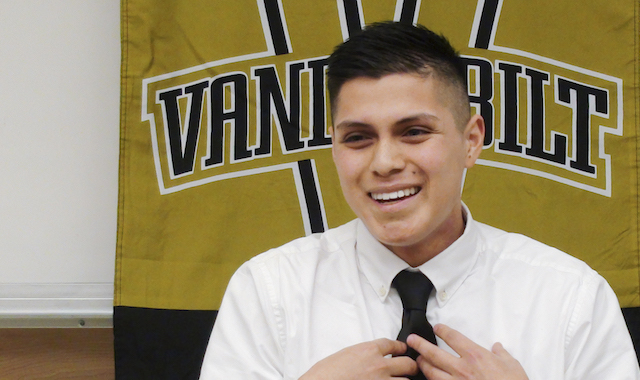 The Richmond Promise has become a sense of hope for many of our college-bound students. In light of the recent debate, it is important to think past types of schools and look at the individuals in this situation.

Chevron’s agreement, the Richmond Promise, is supposed to be a mitigating measure for the Richmond community in spite of its recently accepted modernization. Chevron’s environmental impact, however, expands beyond Richmond’s boundaries and into neighboring communities. Many of Richmond’s high school students, for example, live in the neighboring communities like San Pablo and North Richmond, and are still impacted by the refinery. As a result, residence should not have to exclude a student’s eligibility- we all deserve the opportunity to receive help towards attending college.

In addition, it is important to keep this promise equitable. While there are a few exceptions, private school students are generally better able to pay for college than their counterparts at schools like Richmond High and Leadership. To assure equity, eligibility should be based more so financially on a student and their family’s ability to pay for college.

Unfortunately, it seems the amount of money granted is insufficient to help all of our community’s youth as much as was hoped for. Consequently, eligibility and/or the amount granted for this scholarship might have to be based beyond residency alone. If so, a student’s contribution to public service and leadership can potentially be additional deciding factors. Many students in the Richmond community are promising, and for the service that these youth have done, there is no better way to consider their efforts than with this promise.

Ultimately, the span of this award is a challenging decision to set on. Residence, a family’s ability to pay for college, and merit are all important. In the end, we want to make sure those the Promise invests in reflects as much promise as the program is investing into them itself in order for us to continue a successful, college-going culture within our community.

Richmond Promise From the Perspective of a non Richmond resident

In August 2014, it was announced that Chevron was giving the city of Richmond a check for $35 million. A final decision on how that money will be distributed will be made before the end of 2015. I understand that there are disagreements on which students should receive the help from this check, but there isn’t any need for these disagreements. All students that are Richmond residents should be entitled to receive this money because it would be unfair for only some to get the money based on factors like the type of school the students attend. Charter schools were established with the purpose of bringing educational justice to the families that had not been given this by the district. Although charter schools might not be part of a district, they are still public schools. Therefore, Richmond residents that attend a charter school are still public school students and have the same need for the Richmond Promise as any other resident that attends a non-charter public school.

I am not a Richmond resident, but I do attend a charter school in Richmond, Making Waves Academy. Most of my peers are Richmond residents and I will stand up for them and say that they deserve the Richmond Promise as much as any other public school student. The students at my school all work hard as they are given rigorous school work every day of the week because they want to better their lives and the lives of their families. They see education as the key to their success, so they make sure to do everything they can to guarantee their acceptance to a college once they graduate high school.

My peers are exposed to the same struggles and dangers that any other student living in Richmond faces. A friend of mine lost her uncle in a shooting in front of Richmond High School not that long ago. Her parents knew that they wanted my friend and her siblings to receive a better education, where they would be safe and have the opportunities that would eventually result in a bright future. As a result my friend and her older brother were enrolled in Making Waves Academy. My friend’s brother graduated last year with a high GPA and an acceptance to a top university. Unfortunately, my friend’s family could not afford it and her brother was unable to attend the college of his choice. It would be devastating if the same thing would happen to my friend. However, I have hope that the City Council will make the best choice by providing the Richmond Promise for ALL Richmond residents. These financial issues might not be completely resolved with the help of the Richmond Promise, but they would sure be a step closer to being fixed. Charter students have struggles and dreams just like any other students, so my peers should not be penalized by not receiving the Richmond Promise. 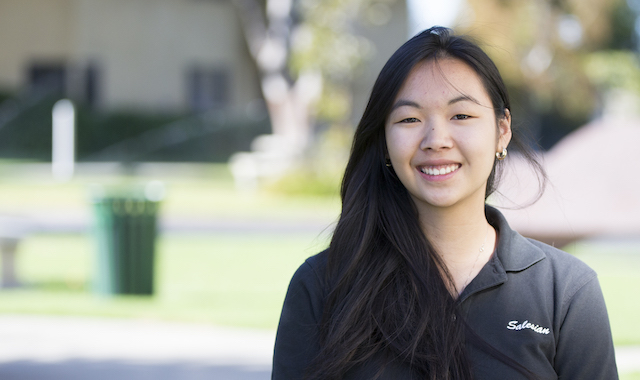 My name is Kimberly Hoh and I am a resident of Richmond, California. I currently attend Salesian College Preparatory as a senior and I would like to give my opinion on the Richmond Promise.

The current debate is if the City should try to change the stipulations of the Richmond Promise to include all students who live in Richmond. As I understand it, the reason for excluding private schools from the Richmond promise is the idea that those who can pay for private schools now should be able to pay for their college tuition too. I disagree with this because even with Salesian tuition currently at only $14,900 a year, about 70% of the students receive financial aid of one type or another, myself included.

I want to attend UC Berkeley where the tuition and fees are about $34,000, but this will be difficult for me without financial aid of some sort. Now think about the other students of Richmond who want to attend private colleges where the cost is several times higher. Should they be denied the opportunity to attend a college because they couldn’t receive funding by virtue that they attended a private school? 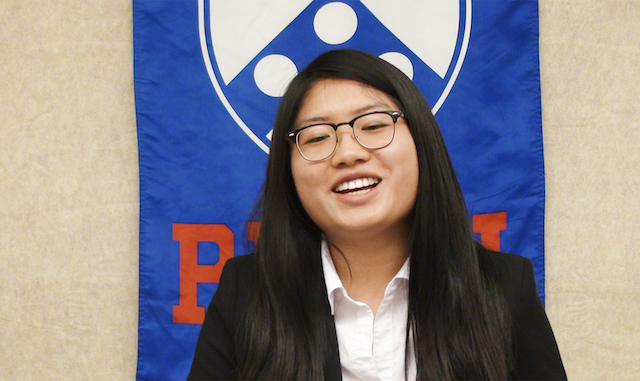 I was perplexed when I heard that the Richmond Promise scholarship program was limited to students at traditional public high schools in the city of Richmond. Scholarships like these are especially valued by students in this socioeconomic poor community. We, the students, need as much support as we can in order for low-income students like myself to pursue a higher education. The Richmond Promise program should not set a boundary limit excluding students from public charter schools, private schools (a lot of students attend via scholarship), and students attending neighboring city high schools living in Richmond.

The Richmond Promise will promise a future for low-income scholars to get to college if expanded to students in all of West Contra Costa Unified School District. Their help will be immeasurable to us so it is undeniably important to cancel the limitations. The Richmond Promise’s goal, at the end of the day, is to look out for students in order to insure our bright futures, so why take away a life-changing opportunity for us to succeed?