Tarnel Abbott and Mike Parker: Where is Justice in Pedie Perez’s Death? 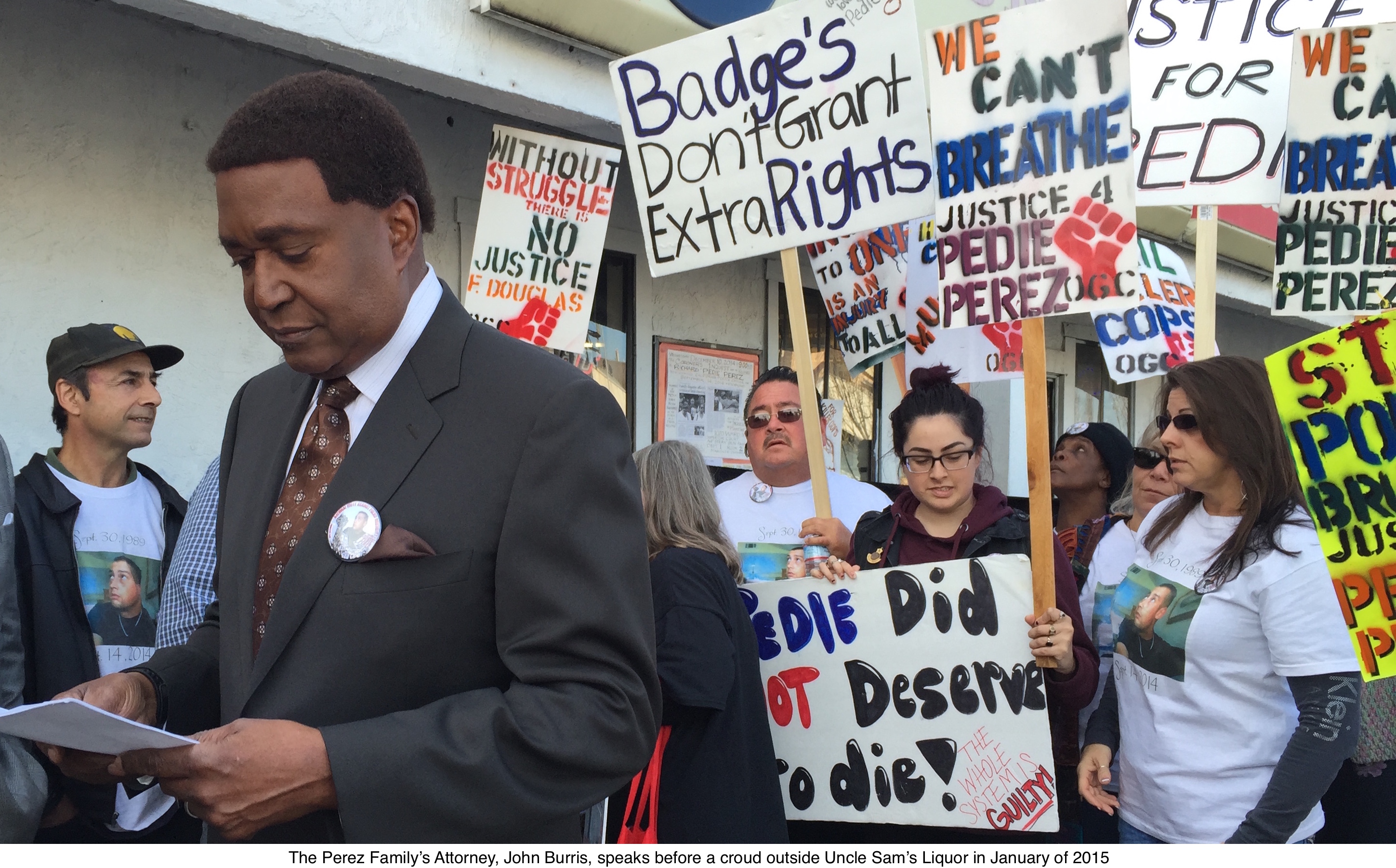 Like many police-involved shootings across the country, the law enforcement authorities, the District Attorney, and the Richmond Police Department quickly concluded that the officer was not at fault. The DA said there was no criminal act and the Richmond police quickly returned Officer Wallace Jenson to duty. (Jensen has since taken long-term medical leave.)

But something is glaringly wrong here. The bottom line is that a young man, who

No one believes that Pedie Perez is dead because the policeman came gunning for him. Nor does anyone believe that this was racial. We understand that Jensen identifies as Latino and Perez identified as white. There are not many reasonable explanations: The officer may have panicked, the officer was poorly trained, or ill equipped, or both. Or, Pedie did something to threaten the police officer.

There seemed to be a rush to establish that Pedie was responsible. The District Attorney, without interviewing several witnesses, found that there was no reason to doubt the officer’s claim of self-defense. After a few weeks the Richmond Police put Officer Jensen back on duty. To make the self-defense story credible, Pedie was demonized with rumors about aggressive character when drunk. Officer Jensen testified that he feared for his life. While it is difficult to know for sure everything that happened that night, we do know that there are a lot of unanswered questions, and we know that the response from official sources, the DA’s office, and the Richmond Police Department are not satisfactory.

Initially, the official version from the District Attorney’s office and the Richmond Police Department – that this was an unfortunate case of an officer having to defend himself — was accepted by the media and much of the community. But, as in the cases of Tamir Rice in Cleveland, and Laquan Macdonald in Chicago, and so many others, when video became available much of the original story started to fall apart.

Since the shooting, Pedie’s parents, grandparents, and friends have met with everybody that would listen and organized public events to get a different view of the shooting out to the public. Their tireless work has prevented the issue from just fading away. The Oakland-based Oscar Grant Committee collected witness testimony which gave a very different description of events from that of Officer Jensen. These interviews and store security camera footage which also appears to undermine Jensen’s claim of needing to shoot in self-defense can be seen at http://www.oscargrantcommittee.org/pedie-videowitnesses 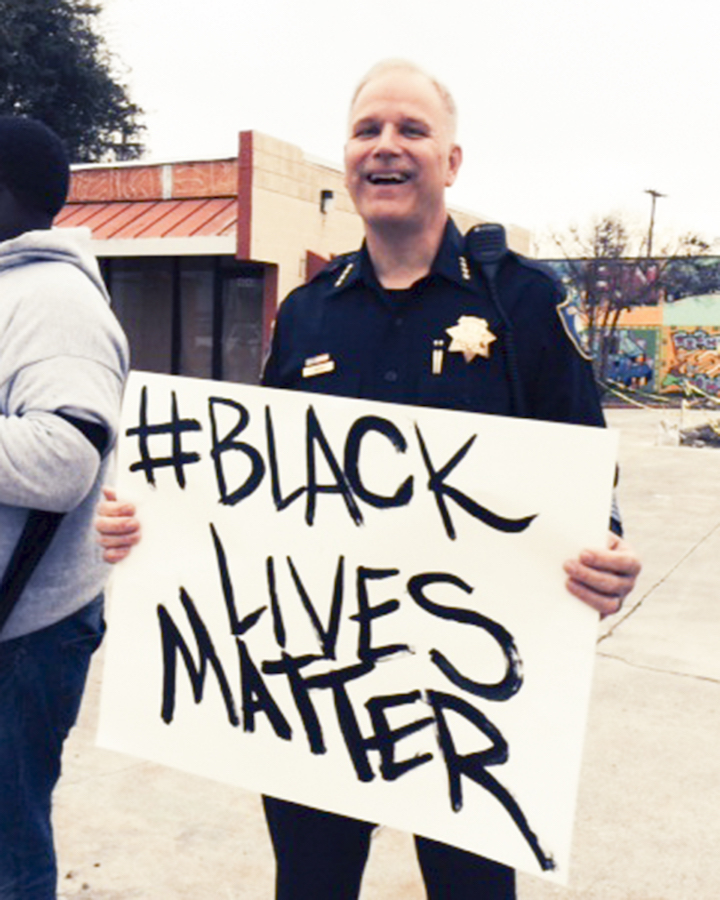 In the last several years we have grown proud of our Richmond Police Department in contrast to the corrupt, racist, and murderous departments being exposed nationally. The Richmond Police program of community policing has done much to improve the relations between the police department and the community. There are many examples of how this police department is different: the RPD’s willingness to cooperate with the City Council to effectively end driver’s license check points, PD support for community demands that the county spend money on services not more jails; and, most famously, the participation in a Black Lives Matter demonstration. Evidence of the improvement in our police department is that the Perez death was the first officer-involved shooting death in Richmond since 2007, and the RPD has had less than one officer-involved shooting per year in recent years. Officers are trained to defuse situations and that guns are a last resort.

We also understand that even in the best of circumstances a policeman’s job is tough. A cop has to regularly go into non-standard situations, where she/he may not know the individuals, the background, or the dangers. Yet the cop has to make split second decisions. In some cases, unfortunately, the role of the police is to protect property and privilege. In other cases, the role is to protect people or to help very upset or sick people. It is not a job for everybody and even the best trained and empathic will make mistakes under the pressure of certain situations.

The police have a lot of power in the community. For the community to maintain confidence in our police, the police operation has to be as transparent as possible. The community needs to believe that when an incident takes place it is not covered up by the police but instead is examined to find out what went wrong and how it can be fixed.

If the City of Richmond wants to maintain the public trust of our police department, the standard must be: "Was it right; was it just?" not “Was it legal?”

There are too many questions without public answers for the community to have confidence that justice is being served in the killing of Pedie Perez. Here are some: 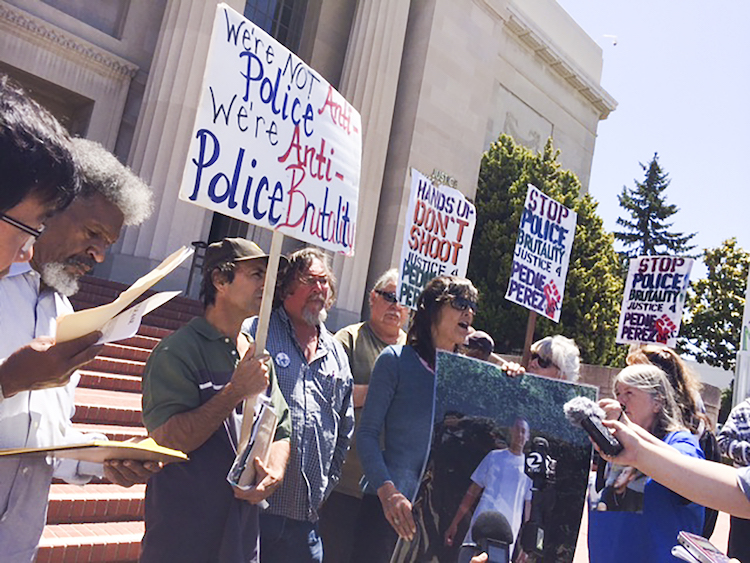 Richmond has a Police Commission, volunteer residents whose job it is to provide public confidence in the police by examining complaints about excessive force and racially abusive treatment. Any officer-involved killing should have immediately come to the Commission. But when the family brought the case to the Police Commission, the City staff Chief Investigative Officer, without consulting the commission, rejected the case because it was filed more than 45 days after the incident. And when police commissioners tried to bring up the case, the City Attorney told them it was not legal, giving as one of the reasons that “this matter is the subject of active litigation.”

The system is broken
The sad fact is that our whole justice system seems to be broken. We know that it is extremely biased against people of color, poor people, and working people, and that property is protected but people are not. Here is another example where justice is not served.

The Police say they cannot give any information because there is litigation — the Perez family, represented by Attorney John Burris, is suing the City of Richmond. Yet there is nothing about being sued that legally prevents the City or the PD from having an open investigation. What is at stake are potentially millions of dollars in judgment. Those millions come from us, the taxpayers and residents, who will lose important services. What the City pays in judgment will go to lawyers instead of for libraries, street repairs, code enforcement and training police. So it is understandable that those in charge of the City seek to minimize the City’s fault in order to reduce the City’s payment. That is part of their job. Hence the policy of not commenting on or releasing information while the lawsuit is not resolved. And yet, a lawsuit seems to be the only recourse for the Perez family to seek justice.

True justice is left out of the system. The Perez family is told that the only way to reclaim the reputation of their son and get some justice is by suing the City. Most of the time these kinds of suits are settled and the settlement includes the suppression of embarrassing information or agreeing not to establish fault. In other words, the public is still completely shut out. Fundamental problems are not publicly identified and addressed.

What next
Pedie cannot be brought back. But it would be some measure of justice if we could fix the system: needless death can be prevented; police policies and training can be improved; police who are not suited for the responsibility and the danger of the job can be weeded out; and the public can have greater confidence in and support for our police force.

The first step is that the Police Commission has to be made truly independent and have real power to investigate. It needs to be able to direct the staff assigned to it and it needs a civilian staff Chief Investigative Officer (not a former police officer). It needs to start by examining the Perez case.

The process must be made as transparent as possible. The issue is complicated because a police officer has all the rights of any individual in our justice system. In addition, police have the “Public Safety Officers Procedural Bill of Rights” written into state law as well as rights negotiated in collective bargaining contracts. But even where privacy, safety, legal, and other considerations may prevent information from being open, at least the public needs to know that an independent public commission has thoroughly looked into the important cases. At the very least every death or serious injury caused by the police must be automatically and thoroughly examined by an independent commission whether or not a complaint is filed.

The January 6, meeting of the Commission to discuss changes in the ordinance was cancelled because the City failed to send out proper notification. The Commission has scheduled a special meeting for January 20, 7:00 pm in Conference Room One, 330 25th Street (entrance for Conference Room One is at the back of the building — behind the library).

Tarnel Abbott and Mike Parker are members of the Richmond Progressive Alliance.