Tell us what you think: Beyonce as Rosie the Riveter 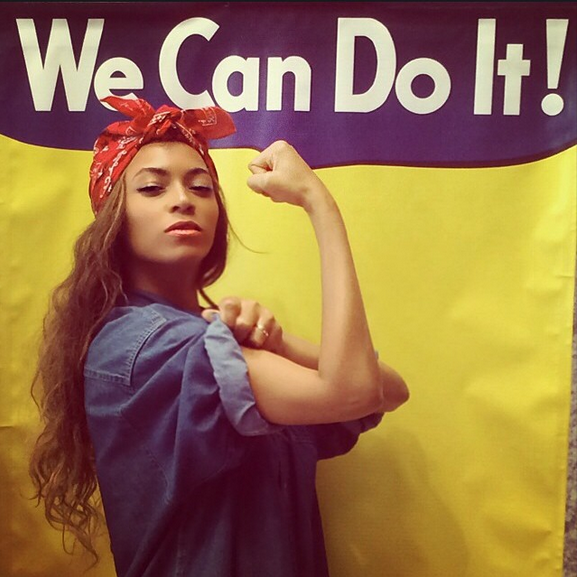 Last week, Beyoncé posted a photo of herself on Instagram as the iconic Richmond - and American - symbol of the women that worked in factories during World War II. The internet jumped on it, and the photo garnered 300,000 likes in just half an hour. "E!" called Beyoncé's post "the ultimate feminist photo." For many,  the image of Beyoncé -- arguably the world's biggest popstar at the moment -- as Rosie the Riveter, an American feminist icon, was the perfect hybrid of contemporary, female-empowered pop and classic American strength.

However, there was one dissenting voice. Rebecca Winson of The Guardian UK argued that Rosie the Riveter isn't exactly the feminist image she has been hyped up to be, and that the photo of Beyoncé, therefore, is hardly feminist at all.