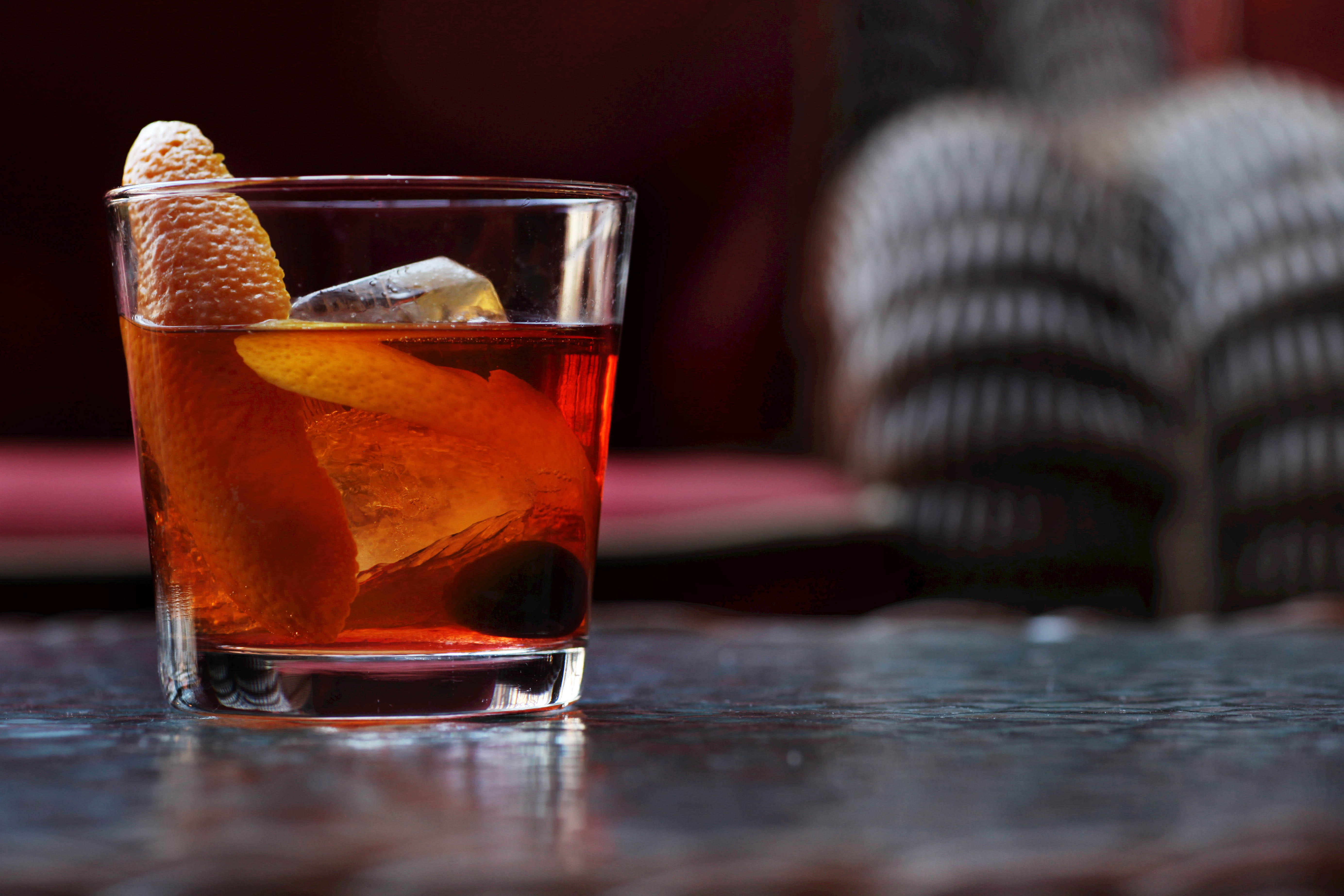 Richmond isn’t known for the cosmopolitan or hipster nightlife often associated with San Francisco and Oakland’s popular locales, but have you ever wondered where you can find that same atmosphere and top shelf libations closer to home? Radio Free Richmond has embarked on an epicurean adventure to answer that question and to entice you to spend your next night out on our town.

All cocktails are mixed drinks, but not all mixed drinks are cocktails. In the mixologist-imbued Bay Area people are returning to the purity of the original cocktail: whiskey, bitters, sugar, and water. To begin our search for the best cocktails in Richmond, the Radio Free Richmond team challenged Assemble to give us their take on the American whiskey classics. Already known for their historic dining space, inventive menu and cocktail-making classes, Assemble did not disappoint.

We tried four whiskey cocktails: the Old Fashioned, the Manhattan, the Sazerac, and the Old New Orleans. Here is a breakdown of what goes into each drink, their histories, and how Assemble tackled the challenge. 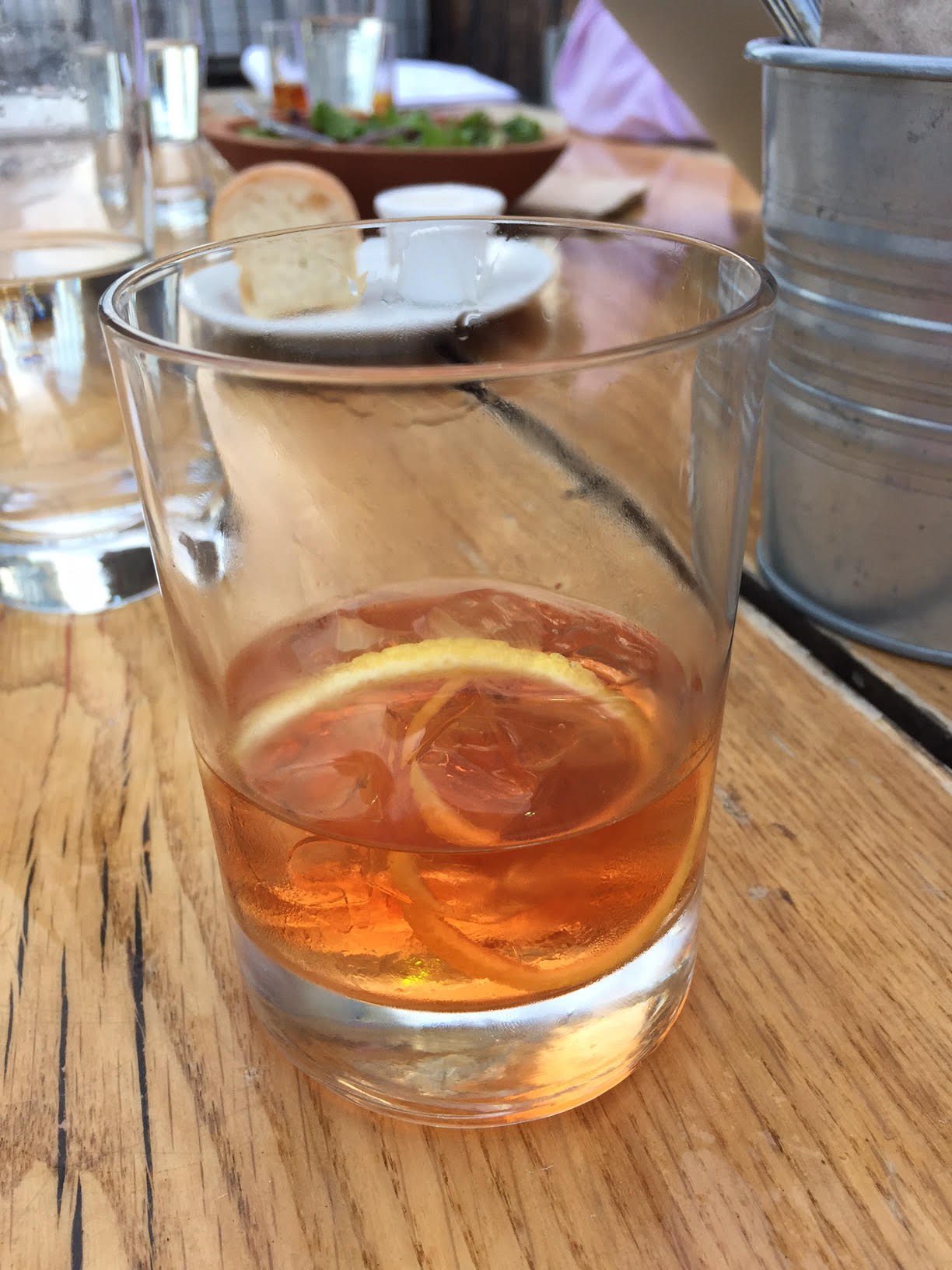 History:
The first documented use of the word “cocktail”dates back to 1806. The drink was described as a concoction of spirit, bitters, sugar, and water. Later on tastes changed and more ingredients were added, and the original cocktail took on the name “Old Fashioned.”While the original cocktails could carry any kind of spirit, Old Fashioned cocktails became associated with whiskey specifically. Today Old Fashioned cocktails are simply whiskey, bitters, sugar, and water, muddled with a slice of orange peel.

Assemble’s Old Fashioned:
We ordered two Old Fashioned cocktails —one with Templeton Rye, one with Bulleit Bourbon. Bourbon is made from a majority of corn grains and tends to have a sweeter flavor. Rye is made of a majority of rye gains and generally carries spicier flavors. We had high expectations but were a bit disappointed with our first round of drinks.

In a drink that is supposed to be very light on the water, our first round came brimming with ice, which quickly melted. The flavors were diluted. But the Assemble crew quickly made up for it. The second round of Old Fashioneds came with just a splash of water and the mingled flavors of the whiskeys, bitters, citrus and sugar featured prominently and properly in the nose and palate.

Assemble’s Bourbon Old Fashioned held a smooth caramel sweetness tempered by the Angostura aromatic bitters to create a complexly flavored yet simple cocktail. Their Rye Old Fashioned, too, held good flavors. Much spicier than the Bourbon variation, the bitters helped intensify the heated flavors of this Old Fashioned. 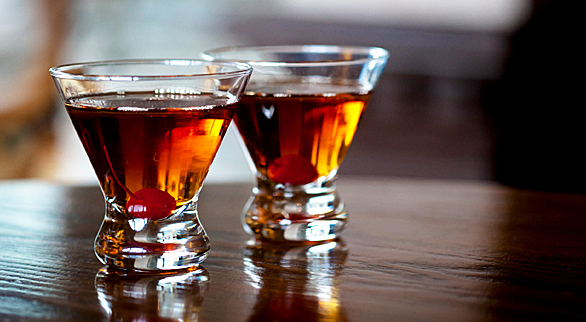 History:
The history of the Manhattan cocktail is, unsurprisingly, traced back to Manhattan. The drink was commonly served at the Manhattan Club in the 1870’s, and it took off from there. Similar to the Old Fashioned, the Manhattan consists of few ingredients. It is notable that the ingredients of the Manhattan are less barebones and show a penchant for more flavors and decoration, as seen in the use of vermouth and Amarena Fabbrina cherry.

Assemble’s Manhattan:
The Manhattan is stirred in ice and strained into a brimming martini glass. The drink is a golden amber with purple hues and, resting like a pearl in the bottom of the glass, a succulent Amarena Fabbrina cherry. We again ordered our cocktails with two different whiskey’s, Blanton’s Bourbon and Michter’s Straight Rye.

Without the dilution of ice or water, the flavors of the whiskey, vermouth, and bitters were clear and present. The sweeter flavors of the Blanton’s Bourbon were warm upon hitting the palate and provided a good base for the vermouth and bitters to play off of. The Rye Manhattan proved to be more savory than the spicy Templeton used in the Old Fashioned. Its flavors worked well with the sweet Amarena Fabbrina cherry, which, by the time it was accessible, had absorbed flavors from all of the elements of the cocktail. 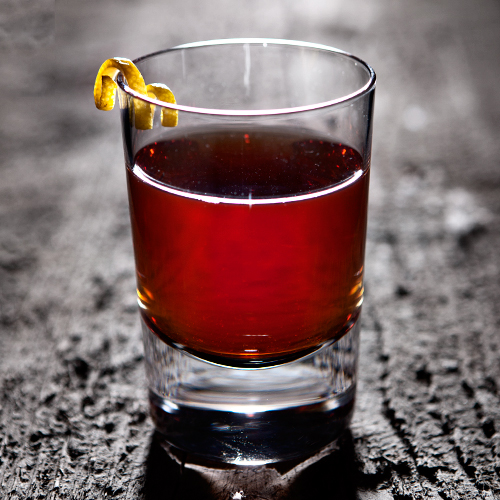 History:
The Sazerac is the official cocktail of New Orleans. Though it just received that recognition in 2008, the drink dates back to the 1850’s and the Sazerac Coffee House in New Orleans, which was famous for serving the unique cocktail. It follows the traditional cocktails with one notable exception: the absinthe rinse of the glass.

Assemble's Sazerac:
The Sazerac is a uniquely crafted, multi-layered cocktail. Served in a glass rinsed with absinthe, the cocktail is bitter yet sweet and carries an herbal aroma. Assemble does it right, using the traditional Peychaud’s Bitters which date back to the creation of the drink in New Orleans. The Peychaud’s Bitters are responsible for the floral notes in the drink, which help offset the spice of the rye whiskey and licorice flavors of the absinthe. 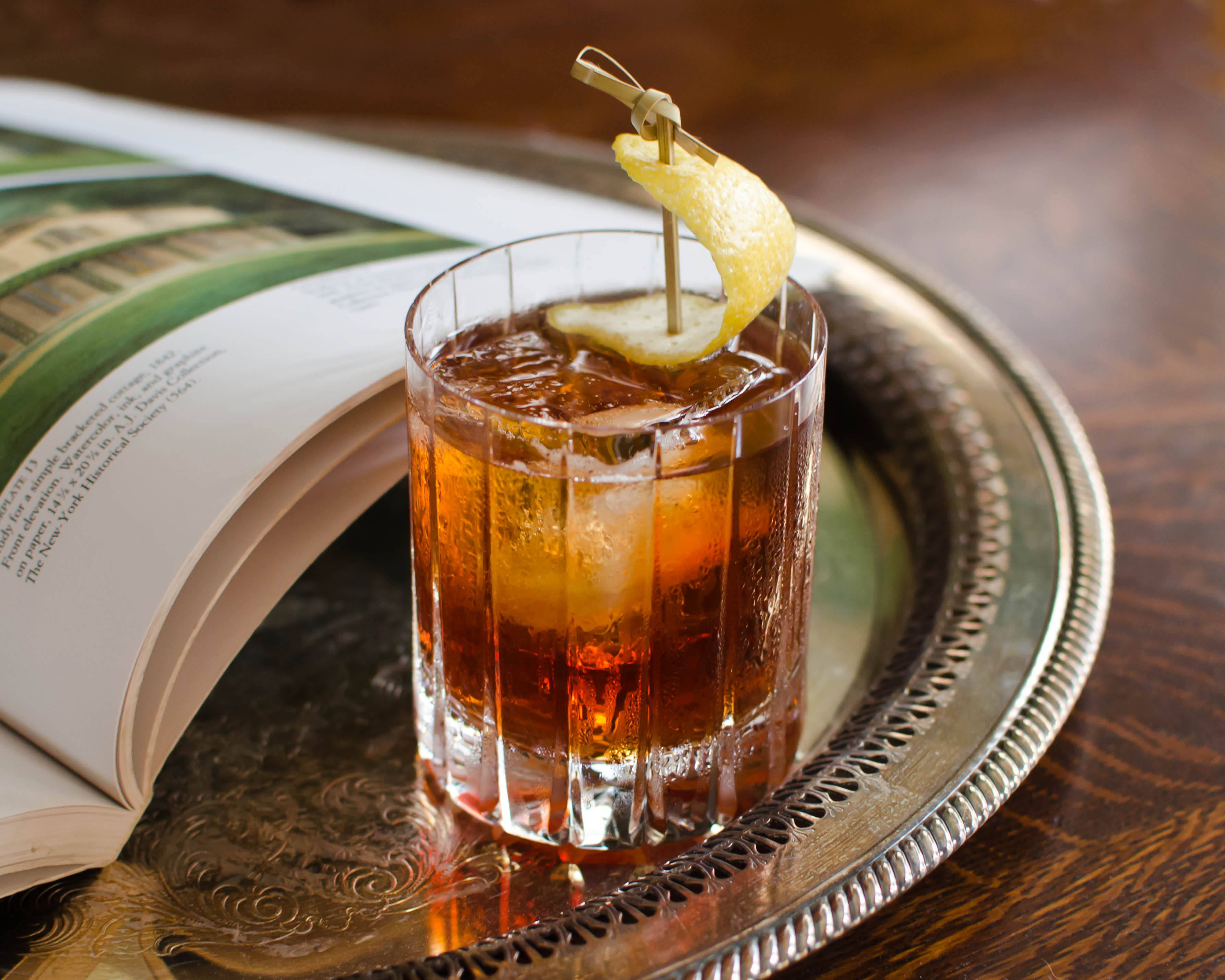 History:
The Old New Orleans, commonly known as the Vieux Carre, also hails from the streets of New Orleans. Its name means the “Old Square”, in reference to the French Quarter in the city. The drink itself was created in the 1930’s by Walter Bergeron at New Orlean’s Hotel Monteleone. The Vieux Carre continues the trend towards more ornamentation and varied flavors in the cocktail.

Assemble’s Old New Orleans:
If the Old Fashioned cocktail is the most traditional, the Old New Orleans —Assemble’s specialty cocktail —is heading in a more sophisticated direction in terms of ingredients. This drink features complex flavors, with the spicy rye whiskey playing off the smooth cognac before opening up to the bitters and sweet vermouth. Assemble features this drink as one of their specialties, and their flavors were on point with this cocktail.

Final thoughts:
Aside from that first round of watery Old Fashioned cocktails, Asemble served one delicious cocktail after another, and the bartender demonstrated a mastery of his art. Our group favorites were the Sazerac and the Old New Orleans which held the greatest balance of flavors, though all of the cocktails were very well crafted. If you’re looking to brush up on your knowledge of whiskey cocktails, try the tour for yourself and the friendly staff will guide you. As a local destination for an uptown evening with fine food and cocktails, not to mention the historic dining space and sweeping Bay views, Assemble ranks among the finest the Bay Area has to offer.