The Rise of Charters and the Erosion of Public School Funding 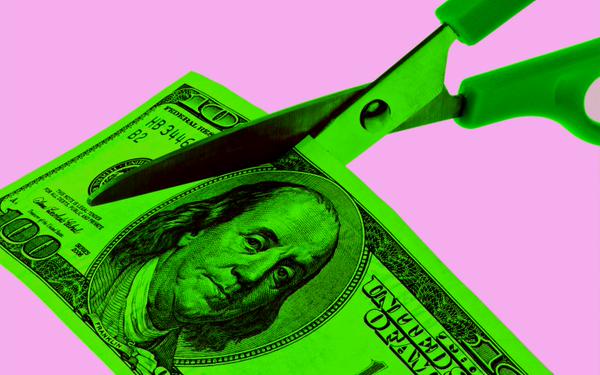 The DeJean Middle School auditorium was packed to capacity during a recent meeting of the West Contra Costa Unified School District (WCCUSD) Board. Hundreds of teachers flooded the school’s auditorium demanding salary negotiations.

The rally was juxtaposed against another advancement of charter schools. At that same meeting, the Board was poised to hold a public hearing to gauge support to send an additional 600 WCCUSD students to the Summit K2 charter school in El Cerrito. The funds required for these new students would further inhibit the District’s ability to increase district teachers’ salaries, which are already among the lowest in the Bay Area.

District teachers’ opposition to charters isn’t new. But only now has the influx of these publicly funded, privately operated schools reached a breaking point.

“The impact of charters on the District’s general fund is the most impending issue,” explains Amanda Henderson, President of the United Teachers of Richmond (UTR), the WCCUSD’s teachers’ union. “We know that our district realizes that we have a real problem here.”

Part one of RFR’s feature on charter schools in WCCUSD looked at the problems facing the district, and why some parents see charter schools as an easy way out. But charter schools, which are often organized by wealthy and influential interests, are beginning to have a significant impact on the District.

“There’s a definite feeling that these schools are going to push their way into this system and serve the community whether or not it serves the broader system,” says WCCUSD School Board President Todd Groves. “When we start talking about 15 percent of our students in the system in charters, that starts to have a significant impact on the rest of the district.” Groves is being hyperbolic here -- the population of district students attending charters is actually closer to eight percent -- but his concerns are pressing.

The boom of charter schools in the District in recent years is the result of well planned and well funded organizations and individuals working in a collaborative crusade on the public education system. These organizations have filed lawsuits against the district, doused a school board election in money, and lobbied the state legislature to get what they want.

The charter supporters come in many different forms — parents, individual philanthropists, and huge statewide organizations. In West County, one of the biggest supporters and influencers on the pro-charter movement has been one couple: Susan and Steve Chamberlin. The education advocates have made a name for themselves in recent years with their two philanthropic non-profit organizations, the Chamberlin Family Foundation (CFF) and Education Matters (EM).

Where one ends and the other begins is unclear. But they both carry an air of idealism.  As the CFF website declares, “Demography need not define destiny. Great schools and highly effective teachers prove the possible every day.”

The Chamberlins and their organizations have played a central role in the advancement of charters in WCCUSD. To begin, they purchased the property at 1800 Elm Street in El Cerrito that now houses the Summit K2 charter school.

The property held a valuable asset – a closed-down school. The couple purchased it, incorporated the building into the Education Matters organization, and then started accepting applicants to fill the space. The organization was insistent that the building remain available to the public and Summit — a charter school organization — won out.  This past school year the school opened its doors to the first class of students.

As Summit K2 was opening its doors to students last fall, Education Matters also spent over $100,000  supporting and opposing various candidates in last year’s school board elections. The California Charter School Association (CCSA) spent an additional $237,000 on the campaigns, bolstering the local spending. The two organizations supported newcomers Val Cuevas and Liz Block, who became known as the “charter candidates”. They also spent a combined $137,000 in opposition to school board incumbent Madeline Kronenberg.

“It was never our vision to be involved in politics,” explains Julie Wright, Executive Director of the Chamberlin Family Foundation. “I think what became evident was the need for visionary, ethical, informed leadership. The school board sets the tone, they set the policies, they set the goals.”

And so the Chamberlin organizations became involved in the election to further their agenda. Even though the CCSA let it be known that Block and Cuevas were their candidates, Wright rejects the notion that there were “pro-charter” or “anti-charter” candidates in the election.  Supporting these candidates, she says, was about supporting innovation.

Critics of charter schools point out that the board has made a number of pro-charter moves since the election, such as the approval of three new charters last December.  However, in reality, the school board actually has little say over the influx of charters to the district. As long as a charter applicant meets specific state mandated criteria, a school board has little choice but to approve a charter request.  Even if the request is denied at the local level, the charter applicants often appeal to the County Board of Education—which often approves the appeal.  When this happens, the local school board loses all controls over the new charter with the County Board having oversight.

While starting a charter might seem a complicated and arduous process, there are only a handful of legal reasons that a school can be rejected. If an applicant has all of the proper paperwork and a well-conceived plan for the school, the process of starting a charter is generally a smooth path with few roadblocks.

This straightforward path is part of what makes a boom in charter schools a formidable threat to the stability of a district. The larger pro-charter organizations reinforce this momentum by fighting for these schools from the classroom to the state legislature. CCSA even has a step-by-step guide to opening charter schools to help newcomers to the movement.

As more charter schools are approved, more district funds are allocated for these schools, and therefore less money is available for traditional district schools and their teachers.

“The District has the option to not accept a charter, but then it just gets approved by the County,” Henderson explains. The union doesn’t have an official stance on charter schools in the district. Henderson is measured when speaking of them, but her concerns about the impact of these schools ring through.

“Our population is declining,” Henderson states. “As our students leave for charter schools, our district is becoming one of haves and have-nots. We aren’t trying to make an ‘us versus them’ issue. [Charter schools] are educators, and so are we. Our goal is to talk about the money that’s in the general fund.”

The District is on the edge of a slippery slope – the more money allocated for charters, the less there is for WCCUSD students and teachers. The continued influx of charter schools will only continue to drain resources from the District. Taking this trajectory far down that slippery slope reveals an ideological divide about the nature of public education.

“What other organizations [than school districts] decide that they have a right to their customer base unless they earn it?” Wright asks rhetorically. “When they’re serving children well, parents will choose them. That is my objective for this district just as it is for any public school.”

In addition to supporting charter schools, CFF recently donated $61,000 to the school district to be distributed to individual teachers — about $250 each for class supplies. Wright and other charter supporters claim the value of a school is tied more to the education of its students rather than the institution behind it.

Leadership Public School, a charter school in Richmond’s Iron Triangle neighborhood, seems to have demonstrated its value. In the 2013 school year, 88 percent of the school’s sophomores scored “Basic” or better in Algebra, compared to 12 percent of sophomores at the nearby Richmond High School. This trend continues across History and English scores for both schools.

But looking at these scores alone offers an incomplete picture of the educational landscape of WCCUSD students. What the District schools lack in test scores they make up for in inclusiveness of their student body.

“You won’t see numbers of significantly disabled students at charters,”school board president Todd Groves explains. “We have entire classrooms of children with quite significant impediments. We have them in large numbers, and a substantial part of our budget goes to educating these kids.”

There is also the issue of “creaming” the district’s student population. Charter schools inevitably attract parents and families who are more involved in their kids’ educations by the necessity of having to apply to these schools. Parents who are less engaged will send their kids to the traditional public schools by default. The result is a larger proportional population of higher needs kids in district schools who require more resources to successfully complete the same course work — resources that are in increasingly short supply.

This back-and-forth over the funding, impact, and merits of charter schools in West County mirrors conversations happening nationally about the future of the public education system. Part three of the RFR feature on charter schools in WCCUSD will explore how these local developments connect to the push for education reform nationally.

Previously:
"Fight for the Future: Charter Schools and the Battle Over West County Education"


[Update: an earlier version of this article did not clarify that the percentage of WCCUSD district students attending charters is eight percent, not 15, as WCCUSD School Board President Todd Groves states.]

Photos courtesy The Daily Beast and The Atlantic