THE WCCUSD BOARD DISCUSSES A PROPOSED PARCEL TAX

Since Sunday evening when Radio Free Richmond posted an article alerting the public to a proposed parcel tax to lessen the budget deficit of the West Contra Costa Unified School District, more than 400 comments were posted on the numerous social media sites. 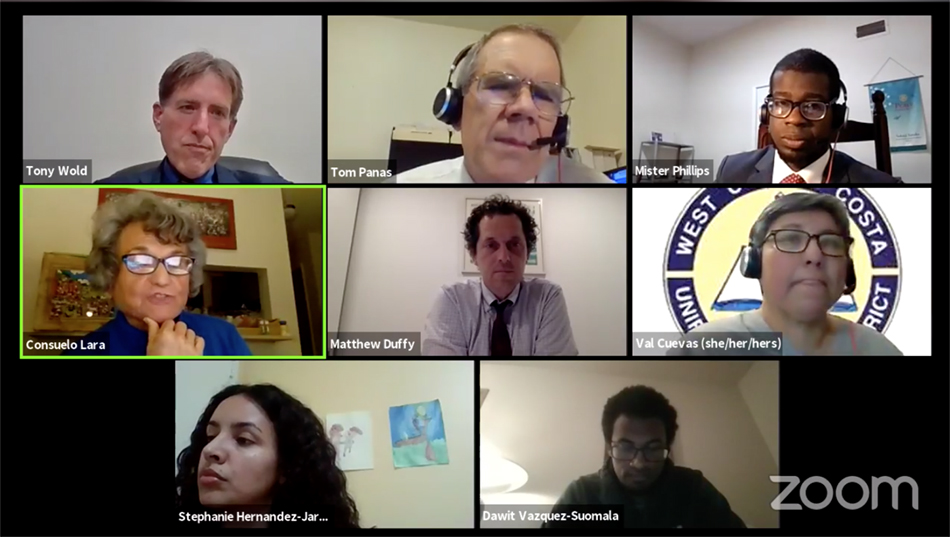 A hard count was never made but if there were a half dozen comments supporting another tax, it would be a surprise.  Whether it was a lack of trust in the Board of Education to spend even more tax dollars, a lack of trust of the WCCUSD staff to keep the public informed, or even that many people just don’t want to pay any more taxes, the District has gone to the well too often.

At their meeting on Wednesday night, the Board heard an insightful presentation from Dr. Tony Wold, the WCCUSD Associate Superintendent for Business Services explain what has led to the need for more funds.

Seven of the candidates for School Board called in to speak (along with the two incumbents who serve on the Board).

When it came to a vote, it was obvious that the support on the Board wasn’t there.  Dr. Wold suggested that the Board simply not take action but Trustee Phillips insisted that a vote needed to be recorded so he made a motion that the Board NOT place the matter before the voters to decide for themselves.

The motion passed with only Trustee Lara voting to let the voters decide.

And now the District staff has to either come up with another $9.8 million per year or find other ways to cut their spending.

Since many of the more important items that come before the Board aren’t brought up until late in the evening, often decisions are made—as was this one—with fewer than 45 people tuned in to the ZOOM meeting.

One of the downfalls of a ZOOM meeting is that there really is nothing to see.  Most of the slide presentations are unreadable and the participants are so poorly lit or their image is distorted.  The audio of the meeting is about as good as it gets.

For those interested in listing to the 41-minute discussion and vote: