They May Want The Title But Do They Really Want The Job? 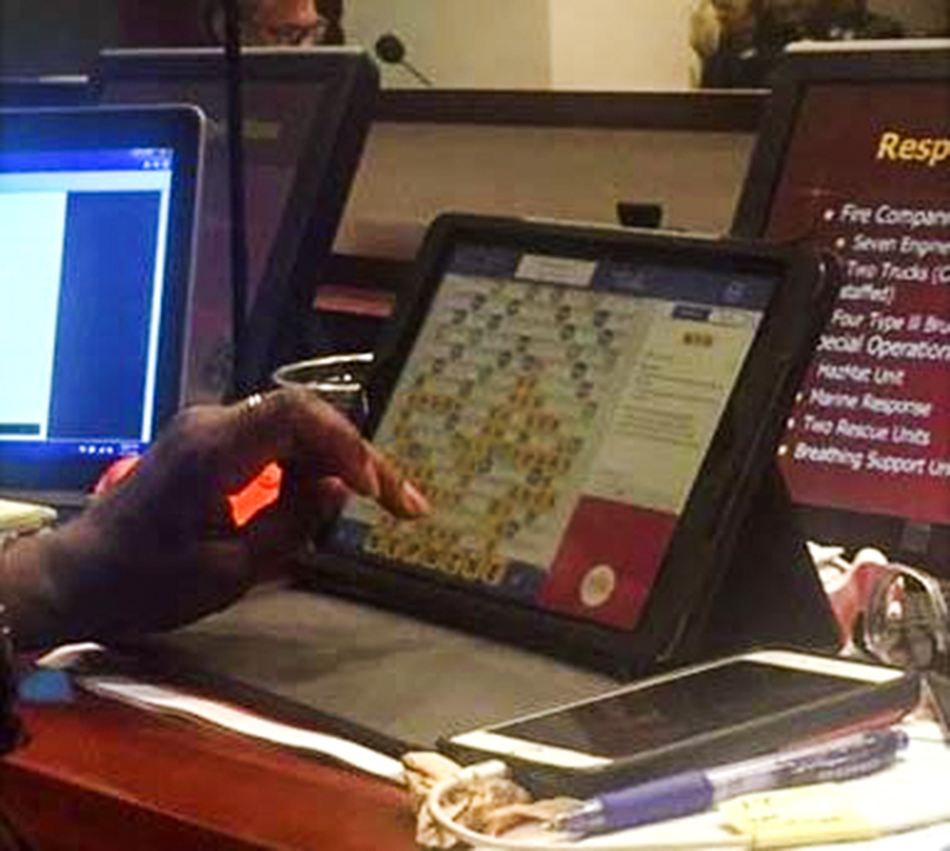 Over the years Richmond has had Councilmembers who seem more pre-occupied with wearing the title of Councilmember but have been less enthused about actually doing the work that comes with the title.

Richmond has had Councilmembers who—while business is being discussed in the chambers—are on their computers sending emails, on the Internet using the dating service he subscribed to seeking a new mate and using the computer to take care of his business bills.

A couple of years back when the meetings used to last past midnight, it was a running joke amongst the few members in the audience still in attendance as they watched one Councilmember routinely nod off.  She would have her chin placed in the palm of her hand and as she would nod off her chin would slip out and she would wake for a few seconds.

At the Council meeting last night (05/03) Mayor Tom Butt snapped a photo of Councilmember Beckles as she used her tablet to play Scrabble while department heads were briefing the Council on ways they might be able to reduce the $11 million budget deficit.  From what’s on her Council monitor this happened while Fire Chief Adrian Sheppard was presenting his report.

The next morning, Mayor Butt used his popular eforum to post the photo.  He also wrote:

“Talk about fiddling while Rome burns, below is a photo of Jovanka Beckles playing Scrabble during budget presentations. This is the kind of leadership we are getting on the City Council.”