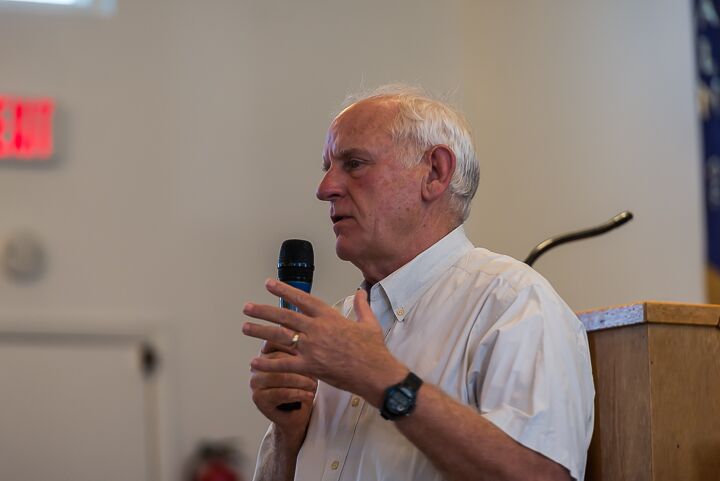 Most of last night’s City Council meeting was taken up by items involving the Richmond Police Department driven by the Richmond Progressive Alliance’s current highest priority to cripple law enforcement.

I get a lot of requests from Richmond residents for more police patrols and better response times, primarily for property crimes like this one that was reported on Nextdoor yesterday:

"Our next door neighbors' garage (Santa Fe Ave) was broken into last night. The thieves weren't deterred by the extra-strong lock and simply chopped away at the wood surrounding the hinge, then used bolt cutters to cut through the metal of the hinge until they could pry open the door. The door is destroyed. We have no idea what time and we heard nothing. Bikes and tools stolen. Police came out to take a report. Just a heads up to be extra vigilant. This is so frustrating because if thieves are determined enough, nothing will stop them. All we can do is throw up as many deterrents as possible. Be safe, everyone."

ADOPT a resolution to ACCEPT and APPROPRIATE $625,000 in grant funding from the U.S. Department of Justice Office of Community Oriented Policing Services awarded to the Richmond Police Department for the hiring of additional police officers and allow a $2,111,227 in-kind match over a three year period that will be budgeted accordingly - Police Department (Interim Chief Allwyn Brown 621-1802). This item was continued from the February 2, 2016, meeting.

The RPA-led City Council majority declined to accept the grant, instead questioning the expenditure of the City’s matching funds and requesting more information. The matter, which has already been held over once,  was held over again to a future meeting. Next time you wonder why we don’t have more police patrolling your neighborhood, call the Richmond Progressive Alliance.

Also last night, an amended Police Commission Ordinance was agendized for a second reading and adoption. Among other things, the amended ordinance would take care of all the criticisms of how the Pedie Perez death was handled. You may recall that the Perez family filed a late complaint and the Police Commission Investigative Officer declined to allow it – all in accordance with the provisions of the existing ordinance.  The amended ordinance extended to time to file a complaint from 45 days to 120 days and gave the Police Commission the authority to consider a late complaint instead of the investigative officer.

I just don’t understand why the RPA is obsessed with creating the most rigorous and active Police Commission in the United States. As former Police Chief Chris Magnus wrote:

"I can say with absolute confidence that NO other cities are following this model. It seems that no finding will suit the agenda some folks have unless it validates their preconceived notions about how that incident occurred. This has nothing to do with fairness or independence, but rather is entirely political. There are so many ways meaningful civilian oversight could be better achieved, but this is a huge step backwards for a city that could do so much better."

Casting suspicion on the Richmond Police Department and tying up City staff, City Resources and Police Commission members in endless hearings that aren’t even generated by complaints is a diversion that this City simply does not need right now. Other than the Pedie Perez matter, which has consumed the RPA for well over a year, the number of complaints filed with the Police Commission has dwindled to one a year. From listening to the RPA, you would think that we are awash in complaints and in a law enforcement abuse crisis mode. The Richmond Police Commission is short on members now, and it is always a challenge to recruit new members. This will get even more challenging when prospective commissioners find out that serving may be more like continuous jury duty than simply meeting once a month.

Finally, the RPA-led City Council continues to dither about the selection of a Police Commission Investigative Officer. The last good prospect we had, a lawyer with impeccable credentials, withdrew her application after withering and suspicious examination by City Council members. There has been none since the Pedie Perez complaint was rejected  nearly a year ago.  There are two complaints pending that cannot be processed. “Justice delayed is justice denied,” isn’t that what they say?

I don’t know why the Richmond Progressive Alliance has adopted a posture of rejecting and challenging anything related to the Richmond Police Department. They posture themselves as representatives of “the community,” but I don’t think that’s what the community wants. The community I hear from wants more police protection, not less.