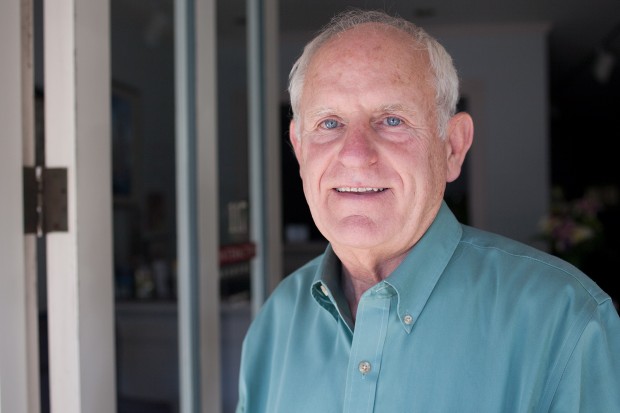 Last night, the Richmond City Council ventured far from such mundane subjects such as marijuana dispensaries and petcoke transportation into space itself, taking up consideration of a resolution in support of the “Space Preservation Act and companion Space Preservation Treaty, to ensure that individuals will not be targets of space-based weapons.”

It was never quite clear which “Space Preservation Act” the resolution was addressing, although confused councilmembers cited at least three sources, the Kucinich Bill HR 2977 of 2001, the Kucinich Bill HR 3616 of 2002 (neither of which made it out of committee) and the City of Berkeley Resolution 61774 of 2002. See From Rent Control to Mind Control, May 17, 2015.

Councilmember Gayle McLaughlin argued that the details didn’t really matter, it was more the concept of space based weapons that we should oppose.

The Richmond City Council is apparently the only public entity that has taken up this matter since 2002, a fact apparently of immense importance to those who attended to speak on it.

It was clear, however, based on the testimony of over a dozen speakers, some of whom ventured from as far as Michigan and southern California, that this was about only one thing, the use of undefined high tech “weapons” presumably by the government to routinely “target” themselves and others causing, burns, pain, shocks and other physical and mental distresses as well as mind control. One speaker confirmed that he had been “targeted” and zapped multiple times just a few minutes prior to his testimony.

The speakers recited a common theme, that their lives, and those of a large number of other people they knew, had been made miserable as a result of being “targeted” by such phenomena as chemtrails, particle beams, electromagnetic radiation, plasmas, extremely low frequency (ELF) or ultra low frequency (ULF) energy radiation and mind-control technologies . One speaker cited an article in Smithsonian Magazine, “Why Brain to Brain Communication is No Longer Unthinkable,” as evidence that the experiences being described are real.

One of the speakers has previously filed reports with the Richmond Police Department, complaining that she had “experienced her employer using mind control devices such as ‘psychotronic acoustic silent sound wave, sonic, micro wave hearing effects, laser beams activating my (the) central nervous system etc. and all other types of military weapons that are used for crowd control deterring hostile crowds.” She went on to  report that she was a victim of “…electronic torture and harassment through electronic mind control technology…designed to drive a person insane because it is a silent killer using subliminal sound radio wave frequencies…. That tunes one’s brain waves like a radio station that broadcast subliminal messages to one’s mind.”

Councilmember Vinay Pimple departed briefly from the paranormal focus of the discussions to provide an academic and historical perspective on the Strategic Defense Initiative (“Star Wars”) of the Reagan era as well as some of the history of anti-missile warfare in the Middle East, presumably to demonstrate that not all space base weaponry is bad.

The truth is that I really don’t know whether the assault from high tech weapons directed by unknown entities on “targeted” individuals is real or not. Certainly, it doesn’t jibe with any of my personal experiences. It was also clear that passing this resolution, although it changed nothing, was of overwhelming importance to the speakers and would probably provide a powerful palliative to their suffering whether real or imagined. For a moment I was inclined to support it simply because of the symbolic relief it would bring to them, and I could see no downside.

On the other hand, I considered the message this would send to the hundred thousand or more Richmond residents who are not “targeted” by mind control technology and do not suffer routine physical pain from space based weapons. Instead, I mostly hear complaints about potholes, street lights, crime, marijuana dispensaries, the budget deficit, pollution and the next building project that will ruin their neighborhood. I’m not sure this is something the people of Richmond really want their City Council to spend time on, and none of us have sufficient expertise to make informed judgment in any case. The proclivity of a Council to act on something so far from the normal focus of municipal government, especially based on the testimony of  a dozen, mostly out-of-town speakers of questionable credibility, worries me.

One of the ways that an Open Forum speaker can be deemed out of order is when the subject matter falls outside the jurisdiction of the City Council. City Attorney Bruce Goodmiller used to give the example of how a speaker discussing outer space might be found out of order and not allowed to continue under the Brown Act. Now that the Council has embraced the subject of spaced-based weapons, it  appears that subject is no longer off limits and Goodmiller will have to find another compelling example.

In the end, the Council voted 5-0 to support the resolution, with Vinay Pimple and I voting no. Nat Bates said with a chuckle that he supported it simply because no one spoke against it.