Tom Butt ~ In His Own Words 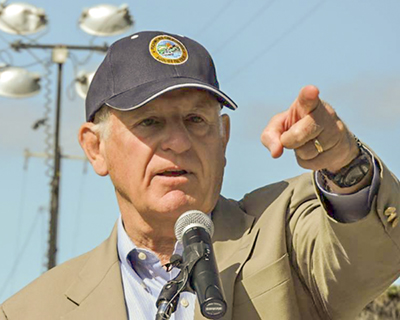 There is always more to do, but by every metric, Richmond is better off than it was four years ago and dramatically better than it was ten years ago. Crime is down. Employment is up (Today, we have the lowest unemployment rate in Richmond history). The Richmond Promise Program has awarded over 1,000 scholarships to graduating high school seniors. Richmonders are saving millions on electricity from MCE while fighting global warming. Budgets are balanced. The street repair budget has doubled. The ferry is only a few months off. We have stood up to Trump on immigration, climate change and the environment.

Even my opponent agrees, in his candidate’s statement, that “Richmond is safer, healthier and more prosperous.”

As we transition to a new city manager, experienced leadership is critical. Before being elected mayor, I served 19 years on the City Council, winning five tough elections. My opponent has served only 19 months, winning a single election.

Four years ago, I stood up to Chevron and was elected mayor with 51% of the vote despite $3 million Chevron spent against me.

People know that I am an independent candidate, representing all of Richmond. My opponent, however, is part of slate with a limited platform that leaves many Richmonders out.

Richmond is a large and diverse community but is united on several things. Crime and safety are at the top of the list for most people. I support a robust police department that excels in community policing, as well as programs like Ceasefire and the Office of Neighborhood Safety. I want to provide the technology they need to do their job, like shotspotter, license plate readers and video surveillance. My opponent is suspicious of police and voted to take some of these tools away.

Young people are our future, and we need to partner with our schools to give them the best possible education. That’s why I negotiated the $35 million Richmond Promise Program, but my opponent’s political mentors and a Team Richmond slate member voted against it.

Next to crime, people care most about the condition of our streets, medians, sidewalks and parks. Potholes and weeds are t frequent complaints. We need to build up our tax base with new economic development and business to provide a higher level of service. My opponent; however, routinely disparages business and developers.

You have two clear choices for mayor. You can go with experienced leadership that continues to move this city forward, or you can speculate on an untested candidate with little experience and few ideas.