Back in the day, transplanted Jews would complain that they could not find decent Jewish food in the Bay area.  Those days seem like a dim memory and an upcoming event in Richmond will underscore that.

Food writer Alix Wall will be the featured speaker at the Richmond Museum of History’s “Jewish Food, Wine and Music” event on June 23 from 2-4 p.m. It will be the final event of the popular exhibit Pioneers to the Present: Jews of Richmond and Contra Costa, which has attracted hundreds of visitors since it opened in January. The exhibit closes June 30.

Besides the presentation by Wall—  a personal chef and founder of The Illuminoshi: The Not-So-Secret Society of Bay Area Jewish Food Professionals— the Museum event will include wine tastings by Berkeley-based Covenant Winery and Perfusion Vineyard, a Richmond business farmed and owned by surgeon John Bry. Musicians Melita Silberstein and Dave Rosenfeld will round out the program. Beloved Jewish treats like chopped liver, kugel, knishes, spinach matzo pie and more will be offered.

“We have been amazed and delighted by the response this exhibit received. People came from all over the Bay Area to attend the special events and to see learn about the Jewish community in Richmond and Contra Costa County,” says Melinda McCrary, the Museum Executive Director. The exhibit has been part of the Museum’s series “Know Your Community.”

Covenant’s kosher wine is made from grapes grown in some of the finest vineyards of Northern California and Israel. McCrary says Covenant’s goal to “harness quality in the glass that is commensurate with the rich and profound story of the Jewish people” is perfect for the Pioneer’s to the Present exhibit, which grew out of the Museum’s participation in a national project. That project was organized by the United States Holocaust Memorial Museum to see what communities on the Home Front knew about Nazi atrocities.  Findings of that effort are on display. “We hope the community will come and celebrate the success of the project and this exhibit,” says McCrary.

More information about the exhibit is available at 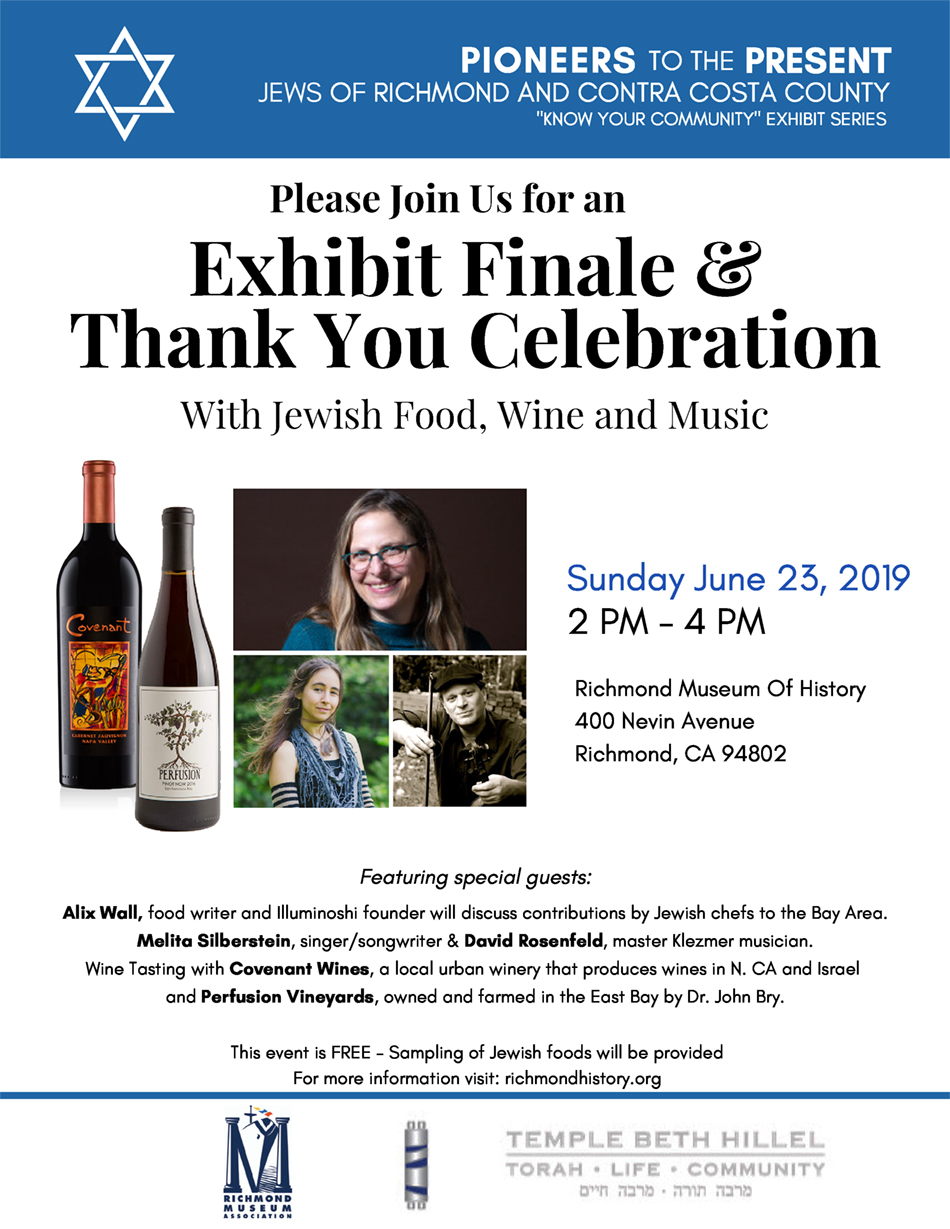