WATER CONSERVATION DURING A DROUGHT 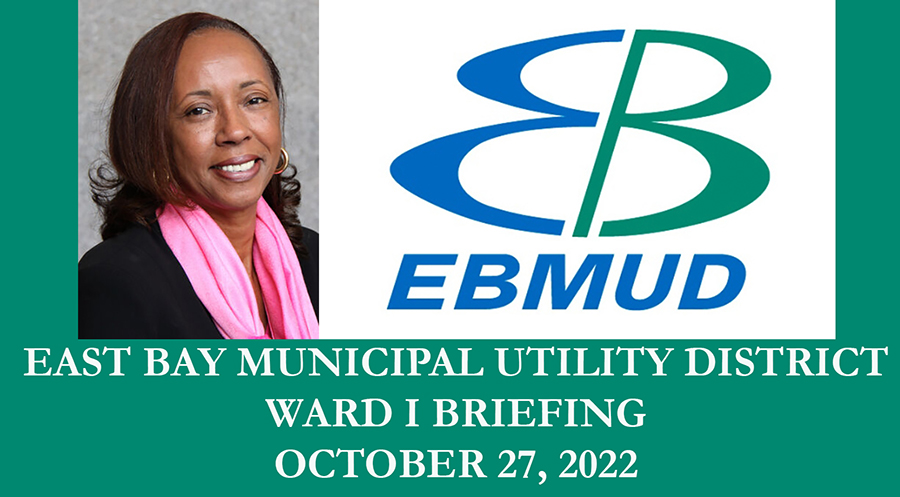 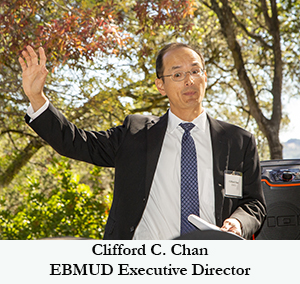 After a two year hiatus as the result of the COVID virus and the need to shelter in place, East Bay Municipal Utility District (EBMUD) Director (Ward I) Lesa McIntosh met with community leaders at the 103 year old San Pablo Reservoir to offer an opportunity to learn more about what EBMUD is doing and plans to do to assist their customers as they transition through yet another drought

Much of the presentation focused on the need for conservation and the outreach needed to get the public on board to, once again, make the necessary sacrifices needed to ensure that everyone has the safe and clean water they need.

Director McIntosh reminded the crowd that this was the driest January to June on record for the Mokelumne Watershed.  The area has suffered through numerous droughts in recent years so most residents are already familiar with the need to conserve—even when there’s plenty of water.  Conservation has become a part of our culture.  [On October 27th the East Bay Times reported on some EBMUD customers who have had some difficulties in embracing the need for conservation: 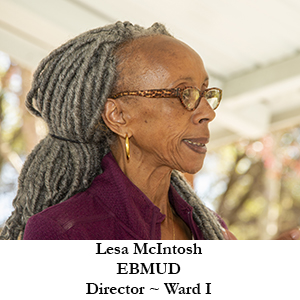 This makes things especially difficult for those that have been in conservation mode—once they’ve cut their water usage to the bare minimum, where can they turn to conserve even further?

For most longtime residents, they’ll remember the most devastating drought in recent history in 1975-1976.  Water was in such scarce supply that one lane of the San Rafael Bridge was closed for a temporary pipeline from the San Pablo Reservoir to Marin County.  [Marin County has had difficulties over the years with preparing for droughts.  Just a couple of years ago negotiations were underway for another temporary pipeline across the bridge.  [From Wikipedia on the San Rafael Bridge: “A temporary on-surface pipeline, six miles (10 km) long, was placed in the third lane. The pipe transferred 8,000,000 gallons of water a day from the East Bay Municipal Utility District's mains in Richmond to Marin's 170,000 residents. By 1978, the drought subsided and the pipeline was removed.”]  If the drought persists, consideration for another pipeline are already being discussed and this now includes making the pipeline permanent—for when the next drought hits. 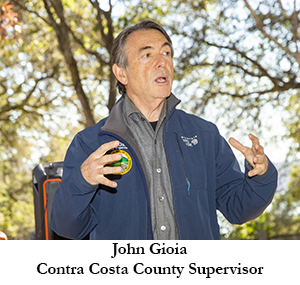 Michael Tognolini, Director of Water and Natural Resources, told the group that in April the EBMUD Board of Directors declared a Stage II Drought Emergency which called for a mandatory 10% reduction in usage.  He reported that the call to residents was met with a 12% cut in June, 16% in July, 14% in August, 13% in September and 14% in October.

He also reported that through the joint efforts of EBMUD and their customers, they are in better shape with regards for stored water than they were 12 months ago.  If the drought persists, this puts EBMUD in a much better position to still provide water to their customers. 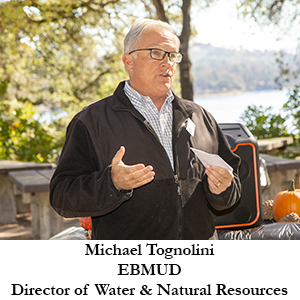 He explained efforts by EBMUD not only to conserve water but also to find additional sources of water and expand storage facilities.  He closed his comments by saying “…that now is the time to take action, to cut back our water usage, but it is not a time to panic.”

Alice Towey, Manager Of Water Conservation, spoke on the many efforts to conserve water. saying that since the 1990’s, EBMUD “collectively achieved 46 million gallons per day of water conservation.”  She also reported that their long-term goal is to achieve a 70 million gallon per day conservation by 2050. 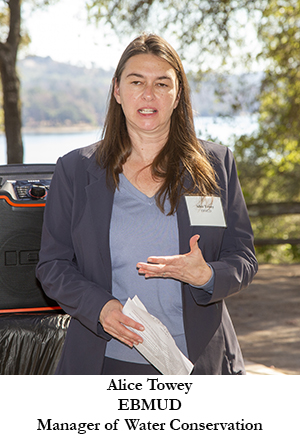 Some of her conservation suggestions include:

She suggested that customers might want to visit the EBMUD web site to learn more about conservation efforts, including virtual landscape rebate programs:

She also spoke about the WaterSmart Home Survey Kit available at:

Concluding staff reports, Derry Moten, Director of Diversity, Equity and Culture, spoke in detail about Diversity, Equity and Inclusion.  He reported that “one of the things that has been the driver, largely at the hands of Director McIntosh, is the thought that we need not only to be doing the work, but we need to be very strategic about how the work is done in this area.” 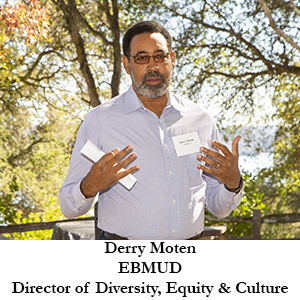 Following the staff presentations, questions and comments were fielded.

Watch the video for more information:

Lesa McIntosh can be reached at