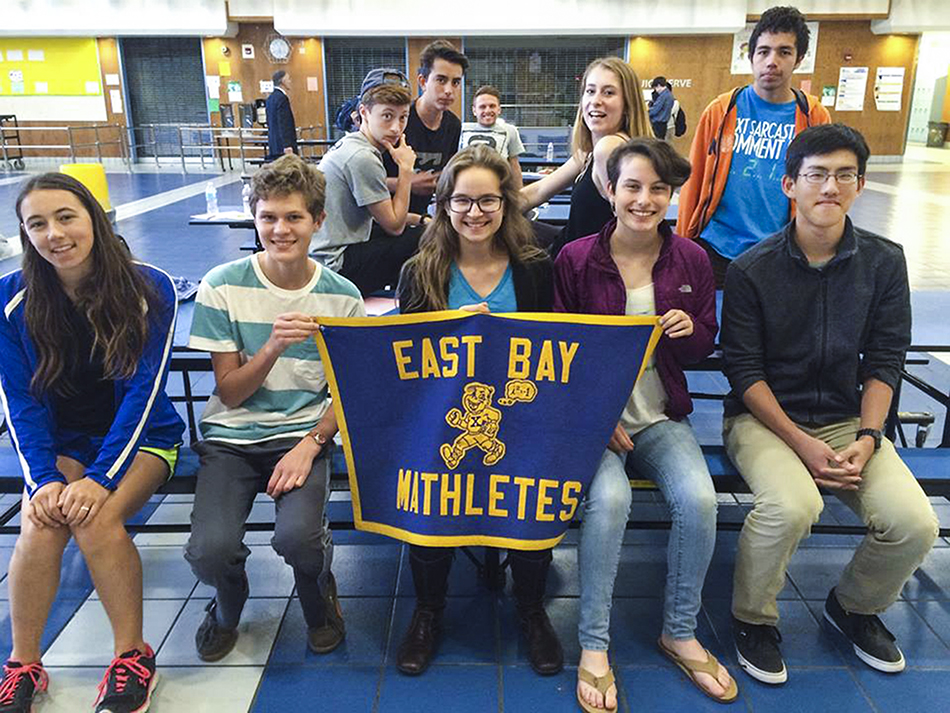 According to WCCUSD parent activist Pamela Gilbert-Snyder, “I want to share this news far and wide, because it is a real coup for our WCCUSD El Cerrito High School students. El Cerrito High School students have not won a Mathletes competition in anyone's memory, but yesterday, competing against five area schools at Oakland High School, they made history by tying reigning champions Albany High for first place to take home the Mathletes flag!”

Gilbert-Snyder says that “the team lost its faculty sponsor this year (the inimitable Daniel Wolf-Root, who moved away), but student captain Gwennie Gilbert-Snyder has taken up the mantle, recruiting more students than ever before and motivating them to go for the win against all odds. Their efforts have paid off, and we are all very proud of them. They have one more chance to take first place next month. Bon courage, Mathletes!”